Some Quebec adults could get 4th or 5th COVID-19 shots this fall: vaccine committee 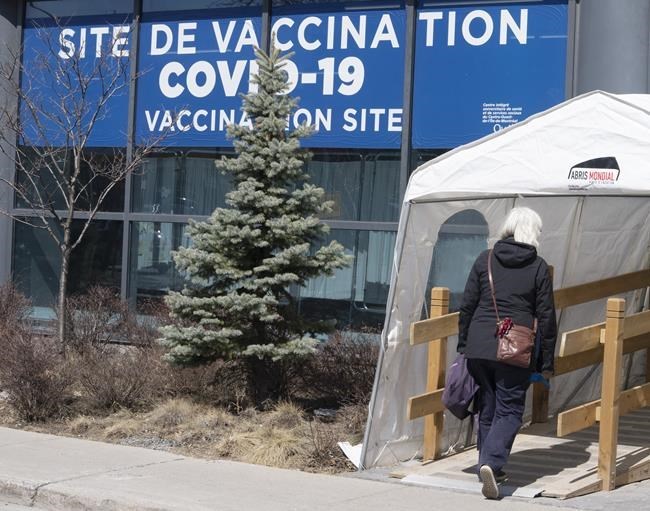 MONTREAL — Quebec’s immunization committee is recommending that the province prepare for another round of COVID-19 vaccination that could see some adults receive a fifth shot by the fall.

The committee says supplemental boosters should be offered beginning at the end of the summer to people 60 and over, the immunocompromised, health workers, pregnant women and people living in isolated regions.

It is recommending vaccination even for members of those groups who have already received three or four shots of the vaccine, as long as their last shot or COVID-19 infection occurred at least three months prior to the next injection.

The committee also says a “basic vaccination” for most adults should be defined as three doses — two initial doses and a booster — but it adds that the definition can vary depending on people’s age and medical history.

It says the province should focus on boosting the population’s immunity with periodic vaccination campaigns rather than counting the total number of shots people have received.

The Health Department says it has taken note of the recommendation and is preparing accordingly.

The committee says it will issue another update over the summer, noting that there is still “too much uncertainly to issue definitive recommendations” on which vaccine to use and the timing of the campaign.

It adds that the province can consider expanding the fall vaccination campaign to other adults once the priority groups have received their boosters.