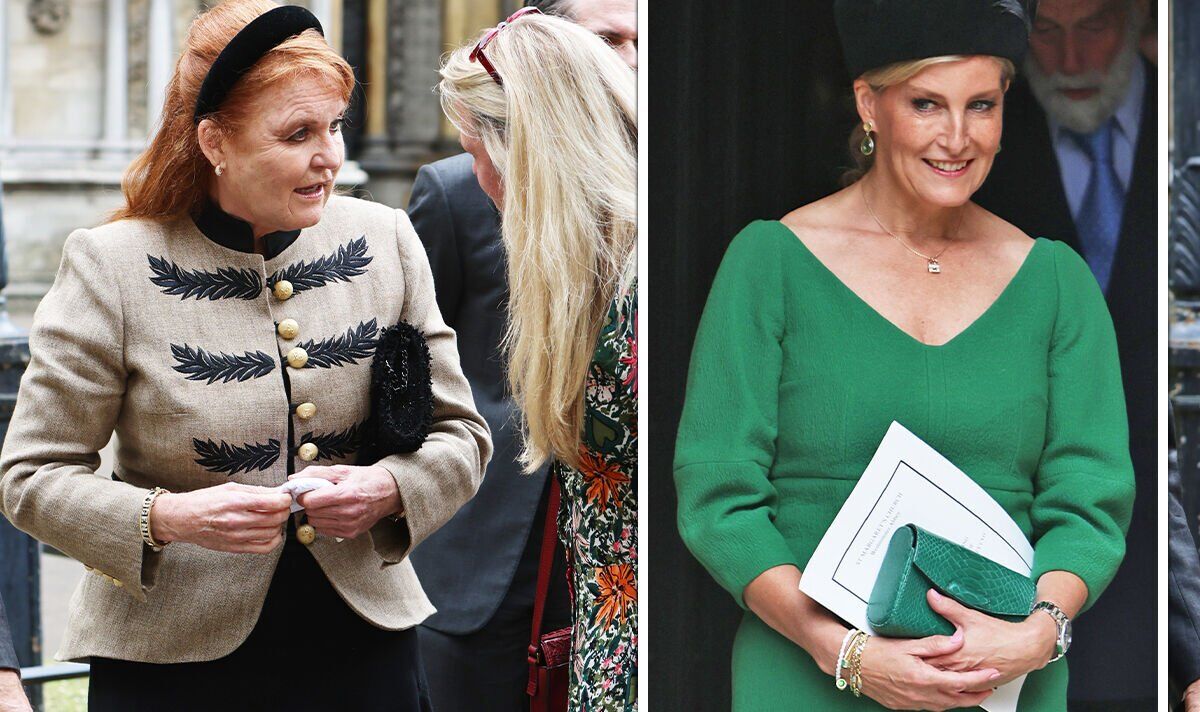 Lady Elizabeth, who died in November 2020 aged 79, was the cousin of the Queen as well as a close friend and confidante to the monarch. She was best known for organising royal parties, including an event held ahead of the wedding of the Duke and Duchess of Cambridge in April 2011.

The Service of Thanksgiving was to commemorate her Majesty’s cousin, known professionally as Lady Elizabeth Anson.

The service was held at St Margaret’s Church, Westminster, with a number of high-profile guests attending thanks to her prominence in royal circles.

Lady Gabriella Windsor was seen in an all-blue outfit and holding a white clutch bag, while Dame Joanna Lumley wore all black.

The Duchess of Gloucester and Princess Alexandra were also spotted at the service.

But despite their closeness, the Queen did not attend the event amid ongoing health issues related to her sporadic mobility struggles.

Lady Shakerley was the daughter of Thomas Anson, Viscount Anson, and Anne Bowes-Lyon, who became Princess Anne of Denmark when she remarried.

After founding the firm Party Planners in 1960, Lady Elizabeth and went on to arrange events for numerous members of the royal households, as well as the Queen’s most high-profile occasions, including her 90th birthday.

Lady Elizabeth spoke fondly of her friend, and said a large selections of cakes had been baked by the public for the event and transported to Windsor Castle.

She said: “The lovely thing about her, nothing goes to waste. “So there are all these lovely cakes and when she has a private party… the cakes are there to eat with your coffee – us Scots don’t believe in waste.”