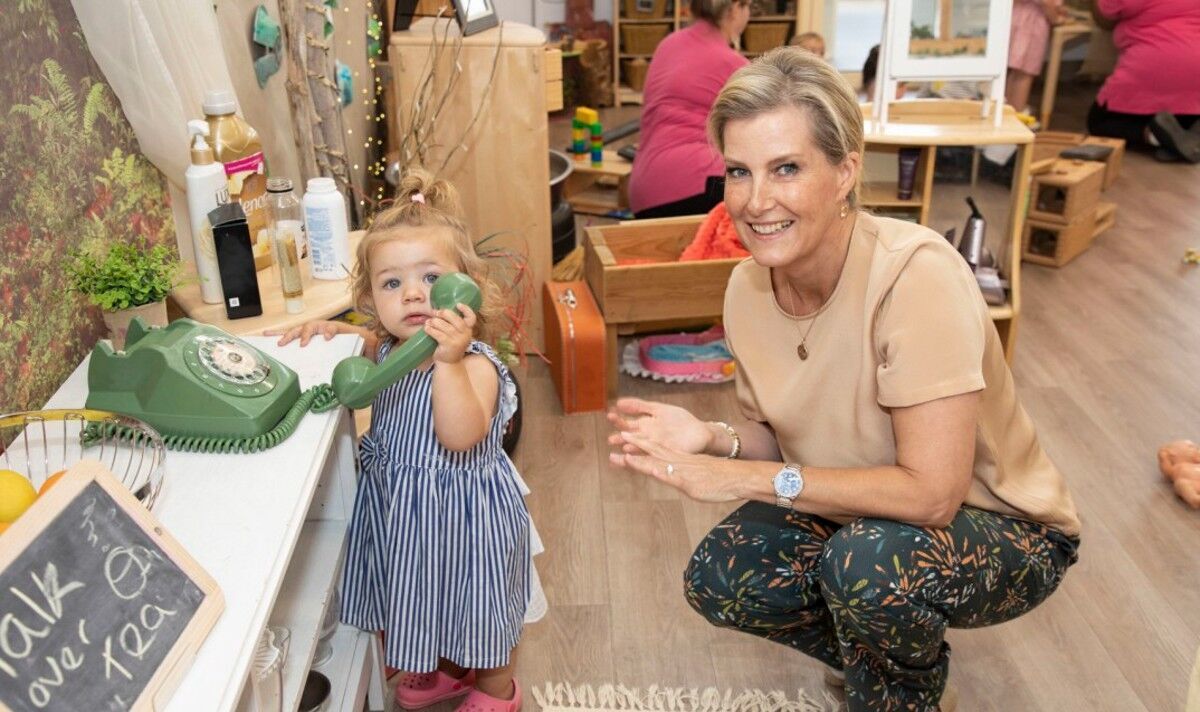 The Earl and Countess of Wessex arrived in Cyprus on Monday for a three-day visit.  Following their arrival, Sophie and Edward took part on Monday evening in a reception hosted by the British High Commission in Nicosia.

The event celebrated the Queen’s official birthday, made extra special this year by her historic Platinum Jubilee.

The countess was seen this morning in a Suzannah ‘Cora’ silk tea dress that costs £1,050, but decided to dress down ahead of meeting the children this afternoon.

Sophie donned a casual t-shirt with loose fitting navy trousers as she met the school children.

The Earl and Countess of Wessex were all smiles this morning as they posed for a picture with Nicos and Andri Anastasiades, the President and First Lady of Cyprus.

Sophie kept her hair in a low bun and wore a simple pair of dangly earrings, a pendant necklace and two bracelets on her right wrist.

On her left hand she could be seen wearing her engagement ring and a sterling silver watch.

The Earl and Countess of Wessex arrived in Cyprus on Monday to start their visit to the island and the Sovereign Base Areas of Akrotiri and Dhekelia between Monday June 20, and Wednesday June 22.

Last week, the British High Commission announced that during their visit, the couple will celebrate the ties of friendship between the United Kingdom and Cyprus.

In March, he travelled to Kenya to oversee the progress of the Duke of Edinburgh’s International Award in the country.

In May, he hosted thousands of young people involved with the scheme at a number of Buckingham Palace garden parties, during which he met award holders, heard about their experiences and mingled with A-listers.

While in Cyprus, the Countess will continue her work focused on championing women.

Among the people she is set to meet, there are the Cypriot members of the Women Mediators Across the Commonwealth network, who bring together their expertise in mediation and the peace process.