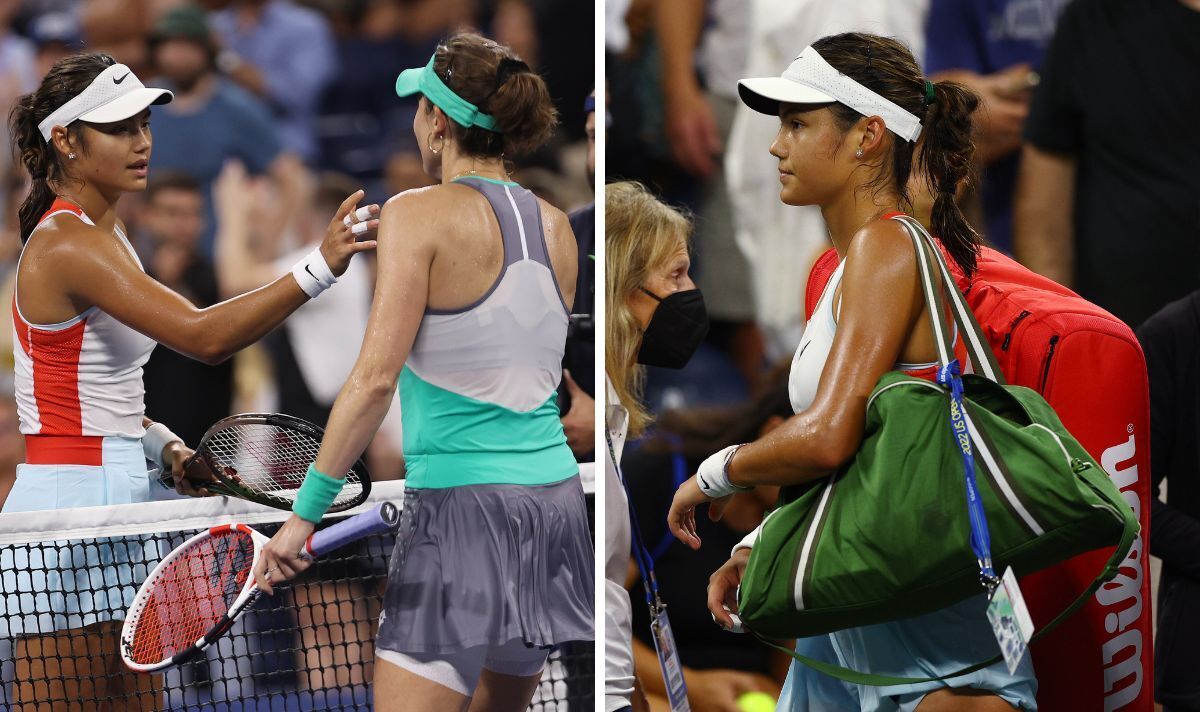 Alize Cornet apologised to the US Open crowd as she ended Emma Raducanu‘s title defence in the first round. The world No 40 upset last year’s winner 6-3 6-3 in front of the Louis Armstrong Stadium crowd who were firmly backing their reigning champion, and said sorry for defeating their favourite.

Raducanu suffered a disappointing return to the US Open as she lasted just an hour and 41 minutes before crashing out. The 19-year-old was tasked with defending her surprise Grand Slam title win from 12 months ago but fell at the first hurdle, losing to the in-form Frenchwoman in straight sets.

It’s not the first upset win Cornet has earned at a Major this season as she ended world No 1 Iga Swiatek’s 37-match winning streak at Wimbledon last month, and the 32-year-old was well aware that she had been up against the crowd favourite on Tuesday night as she apologised for beating the Brit. “I’m sorry guys,” she told the Louis Armstrong Stadium fans.

“I know you really like Emma, she’s a great player and a great person. So I’m sorry I beat her tonight.” With her win, the world No 40 ensured that she had made it beyond the opening round of all four Majors in a single season since 2014 and was beaming as she assessed her performance against the 11th seed.

“I’m really happy about my performance,” she continued. “I think I played a very solid match overall and I was getting tired from the middle of the second set because it was very long rallies all the time but I just hung in there and I was fighting my heart out, so just super happy and the atmosphere was great.”

The former world No 11 was just as happy with her victory as she discussed the match with Amazon Prime Video, admitting again that Raducanu deserved to be the crowd favourite. Speaking to Tim Henman, Cornet said: “Right now I’m relieved because I was getting tired, by the end of the match I think there was a lot of nerves a lot of emotions from both of us.

“They were rooting a little bit more for Emma and that’s completely understandable, and I was just trying to get the support from my team, my box.” At the start of the season, the former world No 11 had toyed with the idea that this would be her last year on tour and admitted that the idea of ending her career had helped her achieve Grand Slam success in 2022.

“From the moment I told myself that this could be my last year, I was trying to enjoy the Slams like they’re my last ones and I was getting on the big courts and thinking yeah, I’m just going to enjoy it and I’m going to have fun.”

The 32-year-old will now face Katerina Siniakova after the Czech star defeated Taylor Townsend, but Cornet was adamant that she didn’t want to find out who her next opponent was as she joked with Henman and explained she wanted to enjoy the moment. “You know what, I’m going to enjoy my win tonight, I was the underdog tonight,” she smiled.