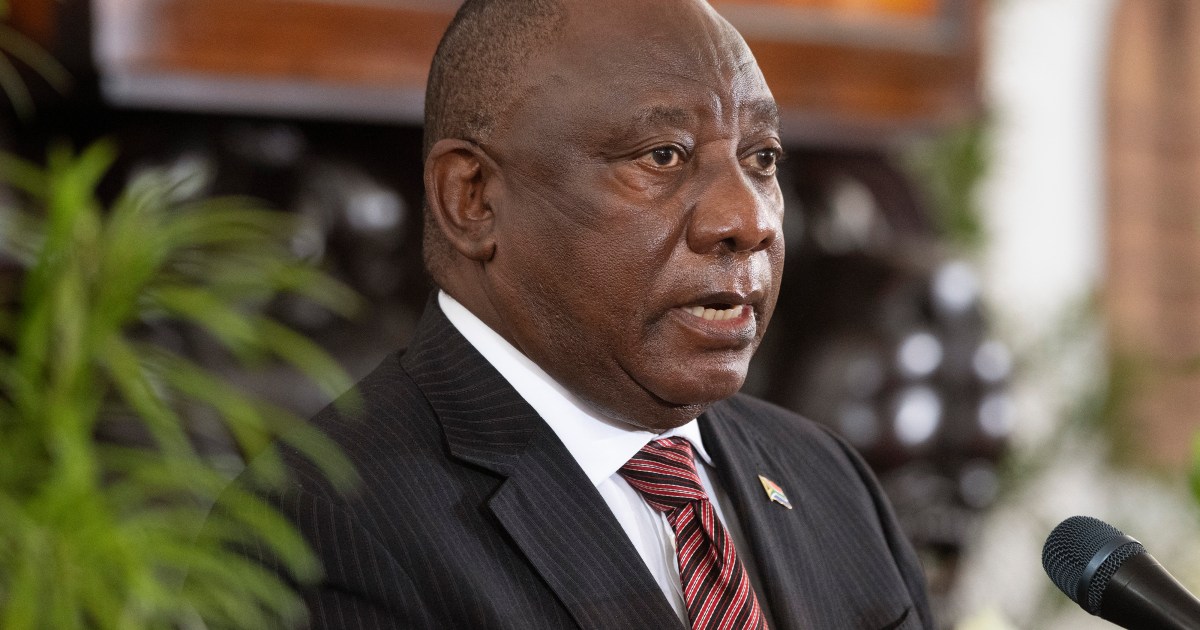 South Africa’s Ramaphosa should have dug into Zuma graft: Inquiry

The inquiry was set up in 2018 to examine allegations of high-level corruption during predecessor Jacob Zuma’s tenure.

South African President Cyril Ramaphosa told an inquiry into corruption under his predecessor Jacob Zuma that he had no first-hand knowledge of any wrongdoing, only media reports, the final part of the inquiry has shown.

But the final report, published on Wednesday, also said that as deputy president at the time, he should have done more towards making his own inquiries, given the responsibilities of his position.

The inquiry chaired by senior judge Raymond Zondo, which examined claims of corruption and fraud under Zuma, heard the statements of more than 300 witnesses, including Ramaphosa himself, over the course of three years.

It was set up in 2018 to examine allegations of high-level corruption during Zuma’s nine-year tenure from 2009, in which he is suspected of colluding with businessmen close to him – brothers Atul, Ajay and Rajesh Gupta – to plunder state resources. The Guptas were arrested in Dubai earlier this month.

“Ought he to have known?,” the report asked of Ramaphosa, who was deputy president under Zuma between 2014 until 2018, when he overthrew Zuma over the allegations.

“The wealth of evidence before this commission suggests the answer is yes. There was surely enough credible information in the public domain to at least prompt him to inquire and perhaps act on a number of serious allegations.”

On receiving the report, Ramaphosa said; “The report is far more than a record of widespread corruption, fraud and abuse. It is also an instrument through which the country can … ensure that such events are never allowed to happen again.”