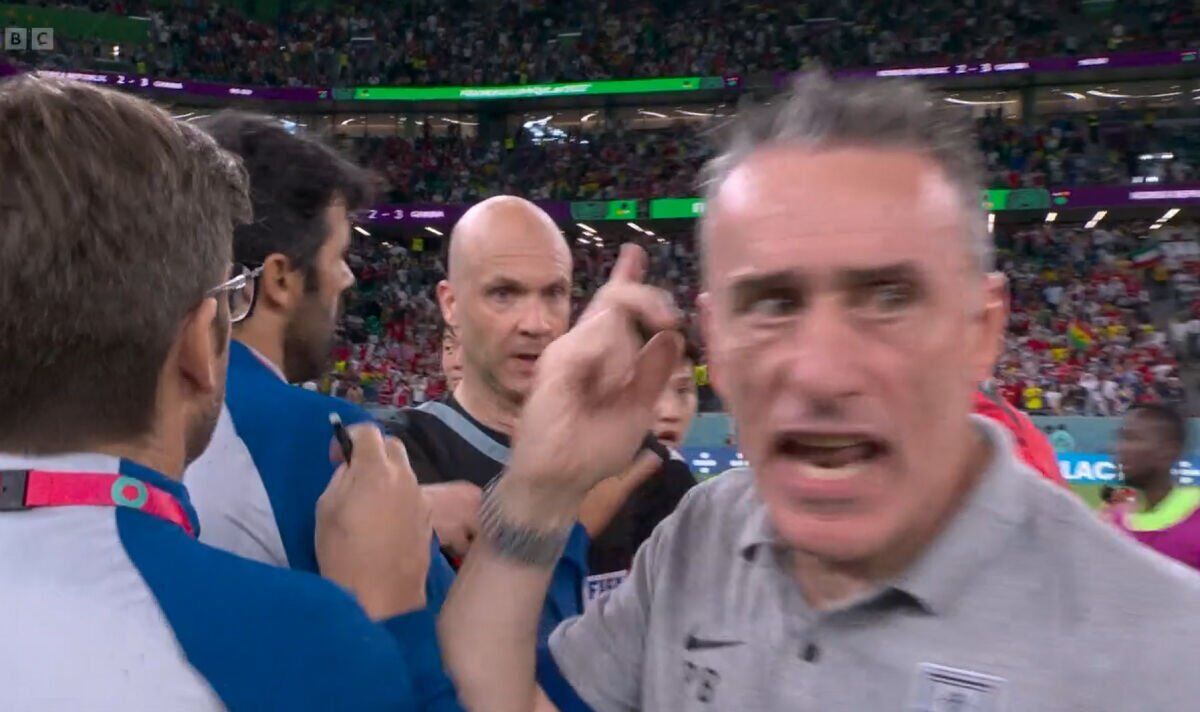 South Korea boss Paulo Bento was shown a straight red card after storming the pitch to confront referee Anthony Taylor in the aftermath of his side’s defeat to Ghana in their crucial Group H clash on Monday. It was a largely dominant performance from South Korea, who enjoyed the lion’s share of the ball and registered a total of 22 shots on goal, but they were ultimately beaten by a spirited Ghana side in spite of their best efforts at the Education City Stadium in Al Rayyan.

Ghana found themselves two goals to the good at half-time, with Mohammed Salisu’s opener quickly followed by a glancing header from Mohammed Kudus that evaded South Korea goalkeeper Kim Seung-gyu and nestled in the back of the net. Bento’s side went on to draw level with two goals from Cho Gue-sung but were forced to leave empty-handed at the final whistle after Kudus struck again to claim all three points for Ghana.

South Korea thought they had won a final chance to peg Ghana back from a corner deep into stoppage time when a speculative effort from range was deflected behind by a Ghana defender, with over 10 minutes of additional time having been played. However, referee Taylor blew the full-time whistle before South Korea had the chance to take the corner, which angered their players as they surrounded the English official to complain.

Bento also stormed over to berate Taylor for his decision to deny South Korea the corner but was quickly shown a red card, although he did not immediately leave the pitch and continuted to vent in the direction of the referee.