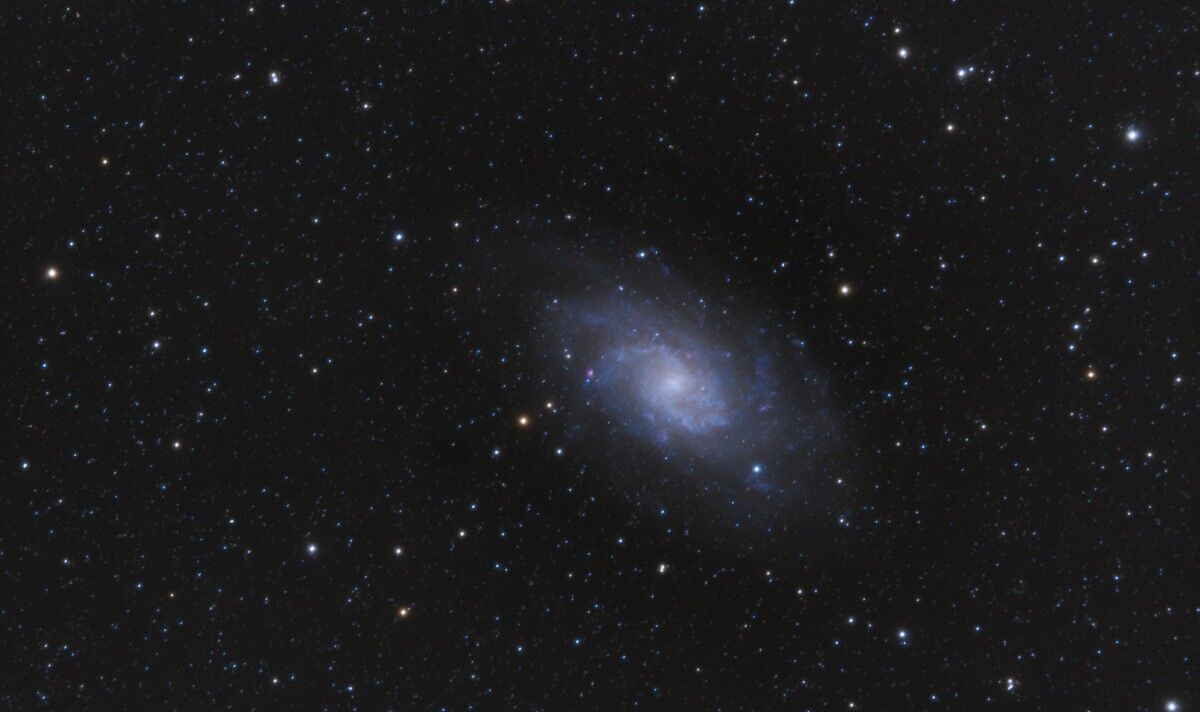 The bizarre object was spotted revolving around a single large star about 26,000 light-years from Earth, close to the centre of the galaxy. The star itself is approximately 32 times larger than the Sun and is found inside a “protostellar disk”, which is an enormous disk of swirling gas. This protostellar disk is about 4,000 astronomical units wide — or 4,000 times the distance between Earth and the Sun, and forms an essential component in star formation.

These bodies, also known as accretion disks, continuously feed gas into protostars from the environment acting as star fuel for young stars to feed off of and grow into bright Suns.

However, researchers were shocked after discovering a miniature galaxy inside the disk, orbiting close to the centre of the Milky Way.

In a new study published in the journal Nature Astronomy, scientists say that they may uncover the mysteries behind this spiral-shaped galaxy.

They believe the answers lie in a mysterious object, about three times the size of our Sun, found just outside the spiral disk’s orbit.

The researchers used high-resolution observational data from the Atacama Large Millimeter/submillimeter Array (ALMA) and found that the disk of gas was agitated by a close encounter with a nearby object, thus leading to the formation of the spiral arms.

This finding demonstrates that the formation of massive stars may be similar to that of lower-mass stars, through accretion disks and flybys.

In order to test this hypothesis, the astronomers analysed a dozen potential orbits that the mysterious object might have been on.

Then using a simulation, they calculated where any of those orbits would have brought the object close enough to the disk to turn into a spiral.

The scientists were able to successfully reproduce the entire history of the object flying by the disk more than 10,000 years ago, when it would have stirred up spirals in the disk.

Study co-author Lu Xing, an associate researcher from the Shanghai Astronomical Observatory of the Chinese Academy of Sciences, said in a statement: “The nice match among analytical calculations, the numerical simulation and the ALMA observations provides robust evidence that the spiral arms in the disk are relics of the flyby of the intruding object.”

The researchers state that these findings prove that protostellar disks at early evolutionary stages of star formation are often whipped by external dynamic processes like flybys, which can influence how stars and planets are formed.

The researchers believe flybys may have occurred in our own solar system as well, when the binary stellar system known as Scholz’s Star flew by the solar system about 70,000 years ago.

This body likely penetrated through the Oort cloud and sent comets into the inner solar system.

Dr Lu said: “The formation of this massive protostar is similar to its lower-mass cousins like the Sun, with accretion disks and flyby events involved.

“Although stellar masses are different, certain physical mechanisms in star formation could be the same.

“This provides important clues to solving the mystery of massive star formation.”