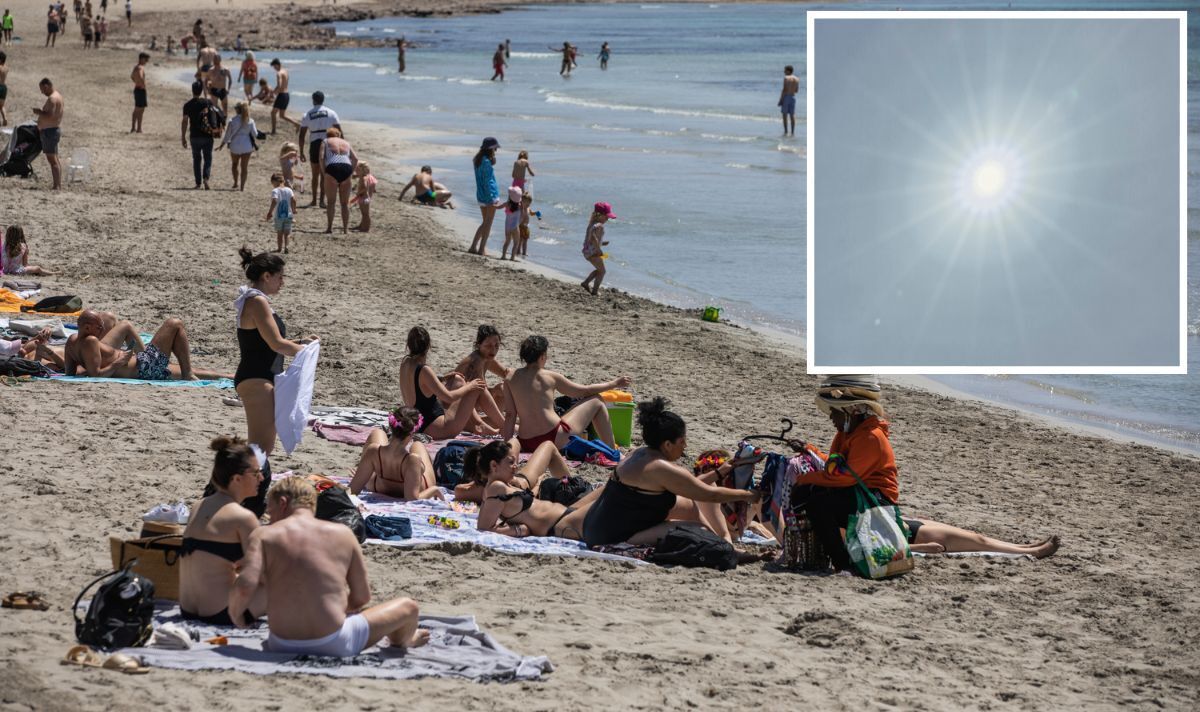 The heatwave in Spain is set to intensify with forecasts predicting Mallorca could reach 41C by the weekend. This new forecast, predicted by the State Meteorological Agency, has plunged Spain into an orange alert level.

And minimum temperatures are not expected to drop below 25C.

Yellow warnings are already expected to be activated in several places.

Highs today range from 32C and 38C, with a yellow alert activated in some areas of Mallorca.

Tomorrow, this is expected to be extended to the Serra de Tramuntana.

But the worst is yet to come, as the weekend could mark the hottest day of the summer for the nation.

The heatwave is expected to end on Tuesday having lasted 15 days.

In the UK, the Met Office has issued an amber weather warning for the rest of the week as temperatures could reach 32C in some areas.

The Met Office has warned that “adverse health effects are likely to be experienced by those vulnerable to extreme heat”, while risks for the wider population include dehydration, sunburn and heat exhaustion.

Looking ahead to next week, the hot weather is forecast to finally come to an end with downpours and thunderstorms.

However temperatures may remain above average all the way into September.

This week Thames Water announced plans to introduce a hosepipe ban in southern England to combat the effects of the hot dry summer.

In a statement Thames Water said: “Given the long term forecast of dry weather and another forecast of very hot temperatures coming this week we are planning to announce a temporary use ban in the coming weeks.”