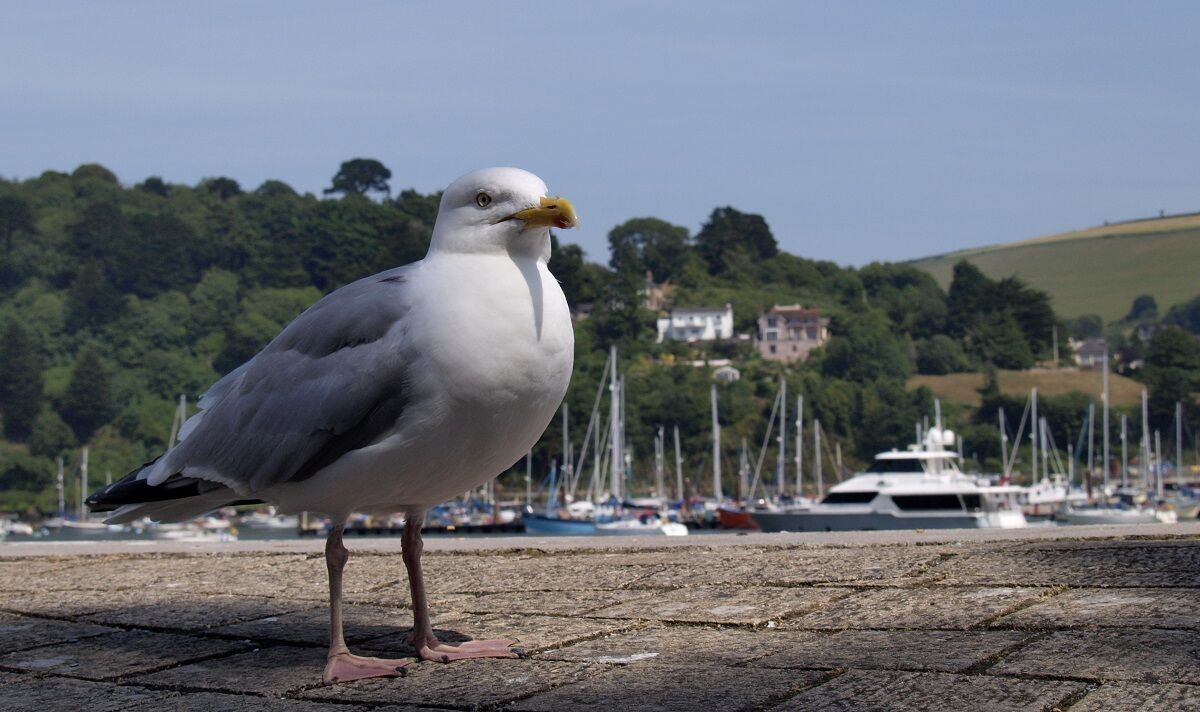 Martyn Green, 62, who lives in Totnes, Devon, has been targeted by the protected bird several times and was even left covered in blood. The man’s nightmare started after the aggressive bird nested on his roof. Since the species are protected, it is illegal to remove or destroy their nest.

Mr Green, who lives with wife Julie, said: “The other day he came down, swooped up from behind me and stabbed me in the top of the head.

“I had blood that came running down the head and down the back of my shirt.

“I was concerned with getting the wound cleaned afterwards.

“They are such dirty creatures that I was worried about infection.

“Ironic, really, because a few days later I was hospitalised for a raging infection.

“The doctors thought that was more likely a consequence of a biopsy that I had for prostate cancer rather than the attack.

“I was in the garden when the male swooped down from behind me and struck down with his beak.

“It really hurt, causing a wound with blood running down the back of my head and into the shirt collar.

“Now, every time I go into the garden, I have to wear a baseball cap to at least have a little protection in case he attacks again.

“He doesn’t seem worried about my wife but he swoops at me every chance he gets.

“I asked my landlords for help and they have agreed to change the chimney pots and put up some deterrents after the young have left.

“So, a pain for this year but hopefully we won’t have to go through this again next year.