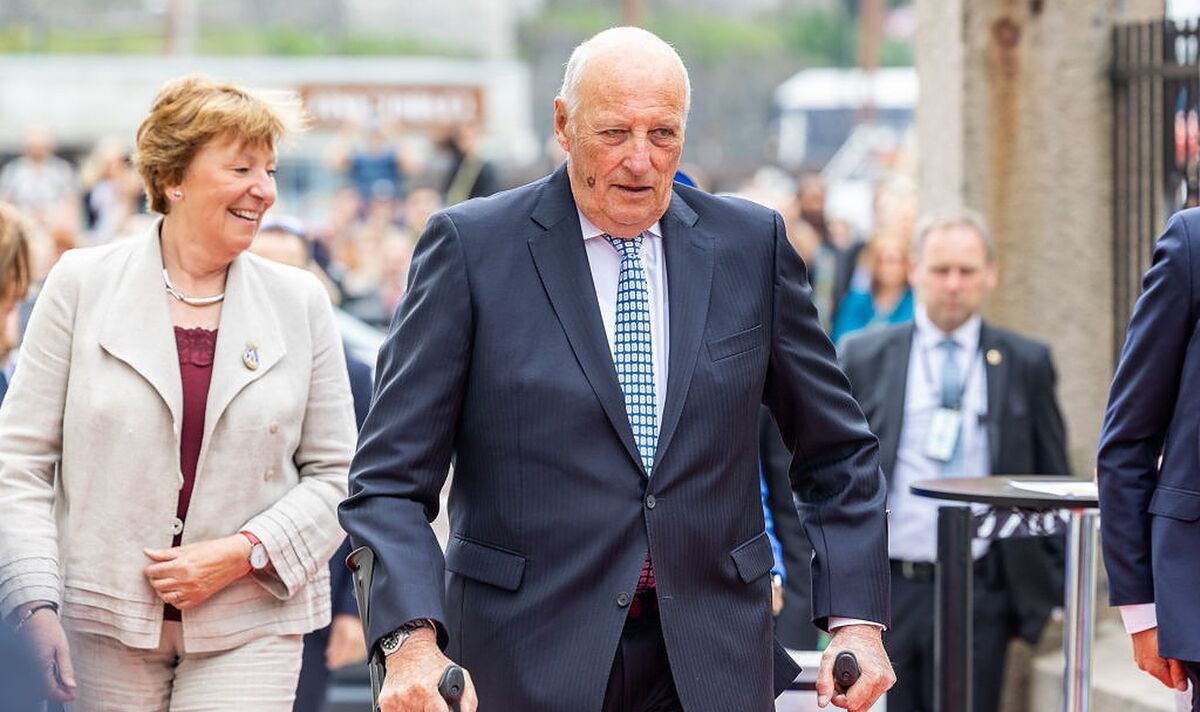 The 85-year-old monarch was in a stable condition, the palace said. He underwent a leg operation in January and tested positive for Covid in March, with his son, Crown Prince Haakon, briefly assuming the responsibilities of the monarch.

In a brief statement, the Royal Court said: ”His Majesty the King was today admitted to Oslo University Hospital for the investigation of fever. His condition is stable.”

However, no further details were given.

The King of Norway was last seen in public at a sailing competition last week.

Along with the rest of his family, he has had a low public profile in recent weeks as the summer holidays continue.

A second cousin of Queen Elizabeth, Harald is 78th in line to the British throne.

Following the death of his grandfather Haakon VII in 1957, Harald became Crown Prince as his father became king.

A keen sportsman, he represented Norway in sailing at the 1964, 1968, and 1972 Olympic Games, and later became patron of World Sailing.

King Haakon welcomed her to Oslo, two years before he died and was succeeded by his son Olav, Harald’s father.