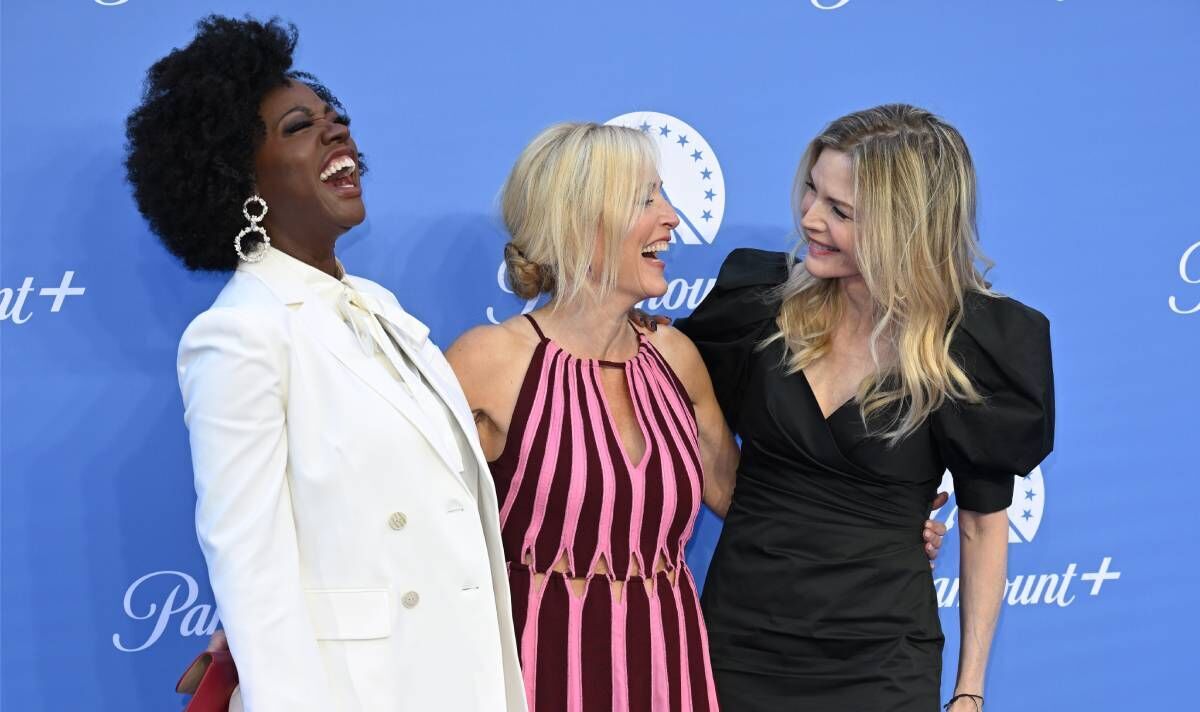 Stars step out to support Paramount+ streaming launch in the UK

Viola Davis, 56, Gillian Anderson, 53, and Michelle Pfeiffer, 64, were just some of the names attending the British launch of Paramount+.

Also at the capital’s new Outernet complex were Sylvester Stallone, 75, and Kevin Costner, 67.

While Chiwetel Ejiofor, Naomie Harris and Bill Nighy added even more red carpet glamour to the swanky do.

The new streaming service, which has been available in the States since 2014, means Sky TV subscribers have access to blockbuster films, classic movies and a swathe of original TV shows.

Movie fans will soon be able to watch Mission Impossible: Fallout and Top Gun: Maverick, despite it only reaching cinemas last month.