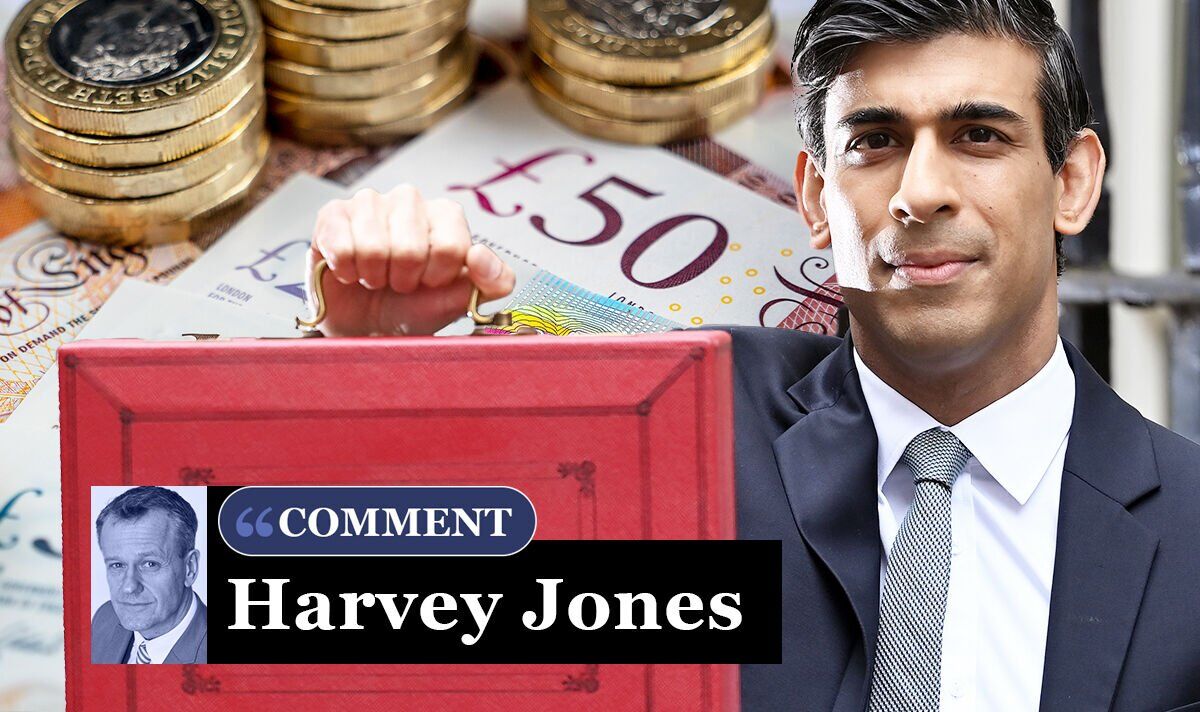 This will help the State Pension keep up with inflation, but it won’t make pensioners better off in real terms.

The extra money will vanish in higher food, fuel and energy costs. Plus there is a catch, one I don’t think anybody has highlighted yet.

While the State Pension will steadily increase, Sunak has frozen the personal allowance at £12,570 for five years.

Every year that freeze continues, the State Pension will move steadily closer to the point at which pensioners start paying income tax.

My calculations suggest this won’t last. In just a few years, pensioners could soon find themselves caught in a brutal tax trap.

Sunak’s decision to freeze income tax thresholds for five years will raise tens of billions for the Treasury.

As incomes rise, millions will be start paying tax for the first time, or find themselves pushed into a higher rate tax bracket.

This process is called fiscal drag, and is a sneaky way of raising taxes without openly admitting it.

Workers aren’t the only ones being caught out. Soon it will be the turn of pensioners.

Those who have workplace or personal pension income on top of the State Pension, already hand over some of their earnings HM Revenue & Customs in the form of income tax.

As the State Pension rises but the personal allowance stays fixed, they will pay even more to HMRC. Soon, even those scraping by on the State Pension alone could suddenly find themselves paying basic rate income tax, too.

Under the triple lock, the State Pension rises either by earnings, inflation or 2.5 percent, whichever is higher.

Next year, it’s a racing certainty the inflation figure will apply, with the Bank of England forecasting consumer price growth will hit 11 percent in October.

For triple lock purposes, it’s the September figure that applies, and that could easily top 10 percent, pushing the new State Pension to around £10,600 a year in the 2023/24 tax year.

That will take it past the £12,570 personal allowance at which point income tax kicks in.

DON’T MISS:
Millions of carers will miss out on £650 Cost of living payment [LATEST]
Kate and William’s birthday party will be ‘about family and not fame’ [REVEAL]
Ryanair strikes: Planned walkout dates and countries affected [GUIDE]

Now 2026/27 is the year that Sunak’s personal allowance freeze ends. So he could get around this by lifting the basic rate tax threshold above whatever the State Pension pays. Or he could suspend the triple lock for the second time.

Any income they earn above that could instantly incur 20 percent basic rate tax. As could earnings from a job.

This is part of a wider trend that will drive more and more pensioners into HMRC’s clutches. From April next year, they will pay National Insurance for the first time, on any earnings from a job.

That will kick in at 1.25 percent, but as I have previously predicted, this rate is likely to increase over time. It’s the thin end of a very long wedge.

It is undoubtably good news that the State Pension triple lock will do its work and maintain the real value of pensioner incomes.

Yet thanks to Sunak’s personal allowance threshold squeeze, it will also push more pensioners into paying income tax.

Not for the first time, the Treasury is giving with one hand and taking away with the other.