Statistics Canada reports retail sales up 0.9 per cent to $60.7 billion in April 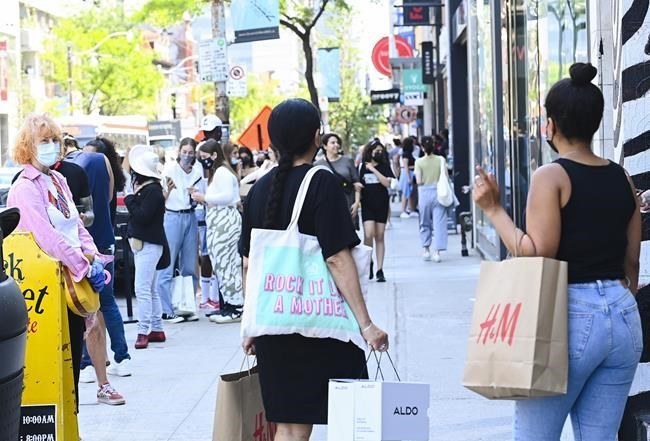 The agency also said its early estimate for retail sales in May suggested a gain of 1.6 per cent for the month, but cautioned the figure would be revised.

“Even higher prices did not deter consumers, with the volume of sales also rising on the month,” Bushmeneva wrote in a report.

“In the coming months, retail sales will be impacted by two major trends: rotation of consumer spending away from goods and toward services, and high inflation. We expect to see some continued moderation in retail sales volumes as spending on goods gives way to rebounding spending on services, such as concert tickets, vacations and dining out.”

The retail sales report came a day ahead of May inflation figures expected on Wednesday. The annual inflation rate hit 6.8 per cent in April, its highest level since January 1991 when it reached 6.9 per cent.

Statistics Canada said Tuesday retail sales in April were up in six of the 11 subsectors tracked by the agency, representing 43.3 per cent of retail trade.