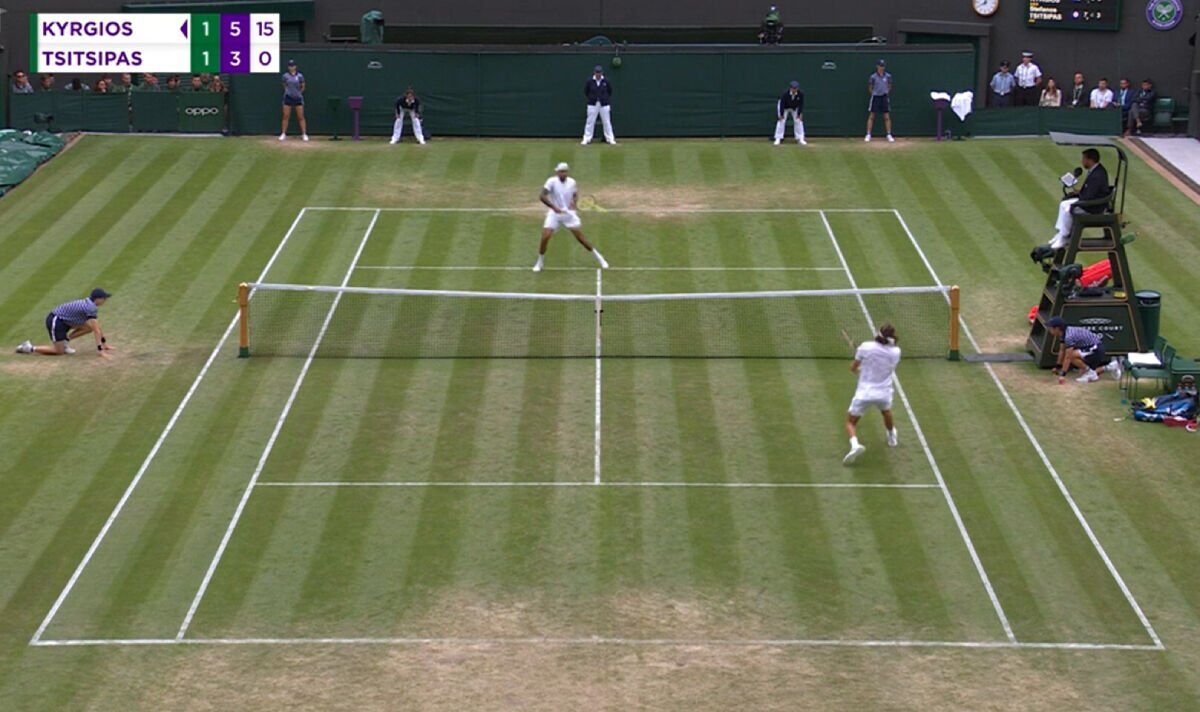 The world No 6 sprinted towards the ball and once again smashed his return in anger to the other side of the court. And it didn’t seem as though Tsitsipas was aiming for anything in particular as it once again landed in the crowd.

Umpire Damien Dumusois issued Tsitsipas with a point penalty after that with Tsitsipas going up to argue his case. After losing the third, Tsitsipas seemed to calm down but there were still some angry outbursts.

Kyrgios had left a drop shot too deep, giving Tsitsipas the perfect chance to smash a winner. But the Wimbledon crowd gasped as Tsitsipas came forward and hit his winner straight at Kyrgios.

The Aussie didn’t appear to react and Tsitsipas didn’t apologise for the fierce shot.