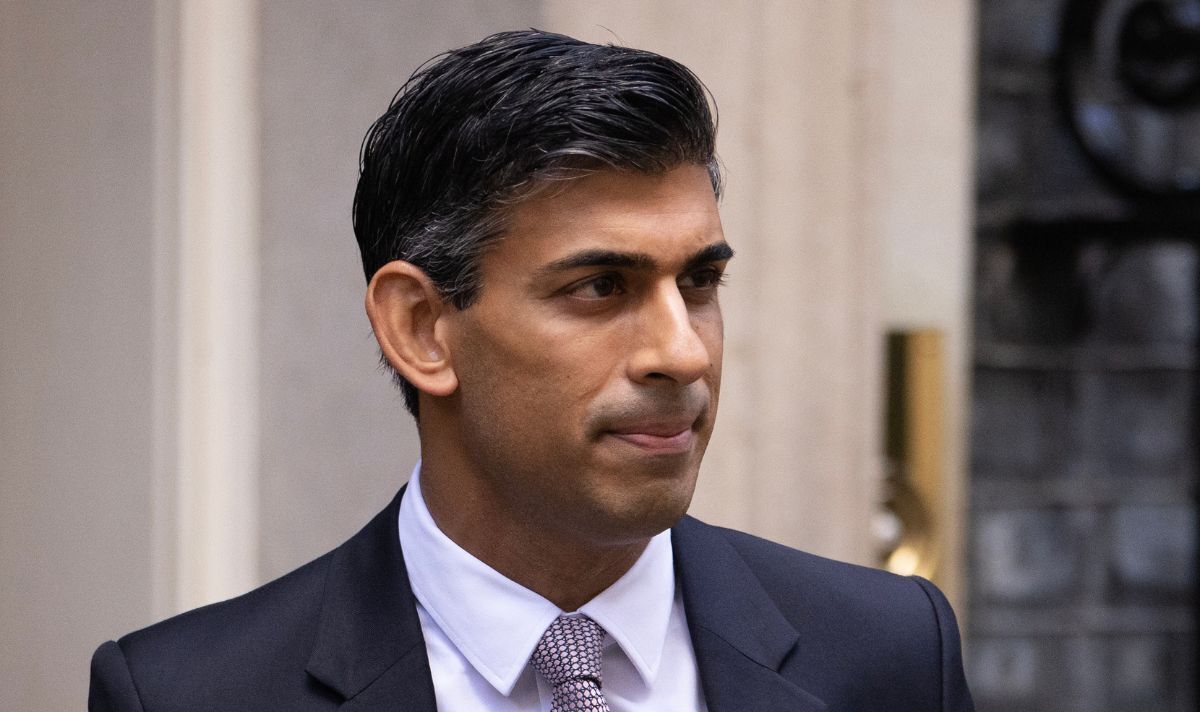 Rishi Sunak and his Government have come under Brexit pressure after the European Union said a deal between the two sides over the Northern Ireland Protocol could be within reach. Tensions between the two sides over the Protocol have eased slightly, with negotiations on the Brexit deal appearing to make steady progress. During a speech in Dublin on Thursday to mark 50 years of Irish EU membership, European Commission President Ursula von der Leyen hinted at a possible breakthrough in the stalemate.

However this has infuriated Brexiteers, with one think tank that advocates for a restructuring of Britain’s relationship with the EU lashing out.

Bruges Group tweeted: “Another sell out incoming? If the EU is making cautiously optimistic noises about a deal, we can be assured that whatever half-baked drivel emerges will be bad for the United Kingdom.”

Mrs von der Leyen said she has had “encouraging” engagement with Rishi Sunak on the but warned the consequences of Brexit cannot be completely removed.

However, the European Commission President insisted she is “very confident” a solution on the protocol would be found if the UK Government is willing.

She told the Irish Parliament: “I’m glad that today our talks with London are marked by a new, more pragmatic spirit because the European Union and the United Kingdom are still members of the same extended family, even if we no longer live in the same house.

“I can promise you that whenever the European Union sits down with our British friends, we will do so with ‘an honest heart and an open mind’ – to quote the great Irish band The Saw Doctors.

“By applying common sense and focusing on the issues that really matter in Northern Ireland, I believe we can make progress in resolving the practical issues surrounding the protocol.

“We’re listening closely to the business and civil society stakeholders in Northern Ireland, but the consequences of Brexit and the kind of Brexit chosen by the UK cannot be removed entirely.

“The solutions we find must ensure that the single market continues to function in Ireland and elsewhere in the European Union. I think if both sides are sensitive to this careful balance, a workable solution is within reach. I believe we have a duty to find it.

“My contacts (with) Prime Minister Sunak are encouraging, and I trust we can find the way. Let me reassure you, Ireland can always count on the European Union to stand by the Good Friday Agreement. There can be no hard border on the island of Ireland.”

The Taoiseach said: “Like you, we want to see a new and vital partnership with the United Kingdom – a constructive one – which will be achieved if we can resolve the issues relating to the protocol, and with right political will, I believe we can achieve that.”

Foreign Affairs Minister Simon Coveney later responded: “I too believe that a solution is within our grasp, if we have a partner to achieve an outcome that we can all accept and move on from.”

Speaking outside Government Buildings in Dublin, the European Commission President also said the EU and Ireland have always been in “very close co-operation” on Brexit matters over the years.

She said: “It was ironclad and is ironclad, and this is so important. I know that Brexit meant a lot of adaptation for Ireland, but you have done this very successfully as far as I can see it.”