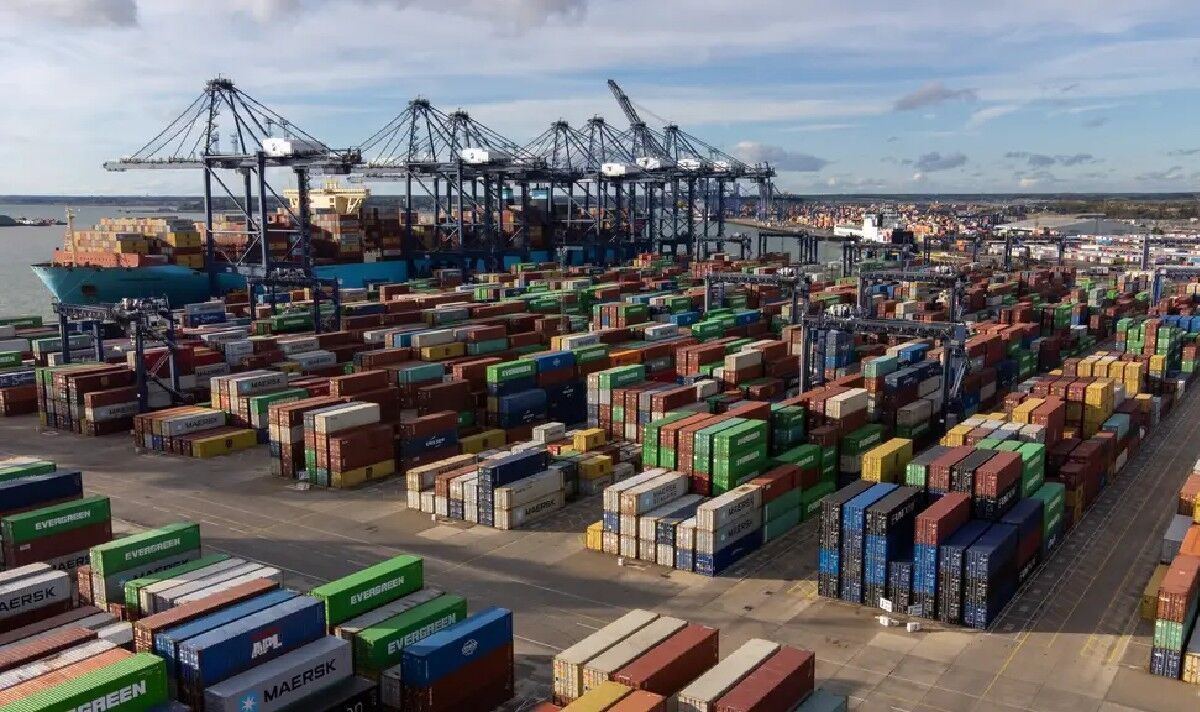 Members of the union Unite will walk out on August 21 after talks at the conciliation service Acas failed to resolve the row. Unite said more than 1,900 workers at Felixstowe, the country’s biggest container port, will be taking industrial action.

The strike was called after Unite said the Felixstowe Dock and Railway Company failed to improve on its offer of a seven percent pay increase, describing it as “significantly below” inflation.

Unite general secretary Sharon Graham said: “Both Felixstowe docks and its parent company CK Hutchison Holding Ltd are both massively profitable and incredibly wealthy. They are fully able to pay the workforce a fair day’s pay.

“The company has prioritised delivering multi-million pound dividends rather than paying its workers a decent wage.

“Unite is entirely focused on enhancing its members’ jobs, pay and conditions and it will be giving the workers at Felixstowe its complete support until this dispute is resolved and a decent pay increase is secured.”

“The port has not had a strike since 1989 and we are disappointed that the union has served notice of industrial action while talks are ongoing. The port provides secure and well-paid employment and there will be no winners from industrial action.”

A Department for Transport spokesperson said: “We are aware of ongoing pay discussions and a decision to strike for eight days at the Port of Felixstowe.

“This action by the union runs the risk of disrupting the delivery of vital supplies and freight, and we urge the union and Port to remain at the table and agree a settlement.

“We remain in close contact with the port on the potential impacts on port operations and supply chains.”

“Whilst the inflationary pressures we are all under are clear, ports are part of cost sensitive global supply chains and, as the Bank of England has forecast, the economic outlook is challenging.

“The UK has a broad network of ports and supply chains have learnt to adapt to significant disruption during the pandemic and Brexit.

“But potential strikes of the scale announced by Unite mean disruption can’t be ruled out. We note that talks between Felixstowe and Unite are ongoing with the support of Acas.”

News of the Port of Felixstowe strike came on the same day it emerged 1,600 London bus drivers will walk out later this month in a dispute over pay which will coincide with an underground rail and overground train strike.

The union said the company had offered a pay increase of 3.6 percent in 2022 and 4.2 percent next year.

The workers are employed by London United, a subsidiary of the French-owned company RATP.  Strike action will take place on August 19 and 20 with the first day of action coinciding with strikes planned for the London Underground and Overground services.