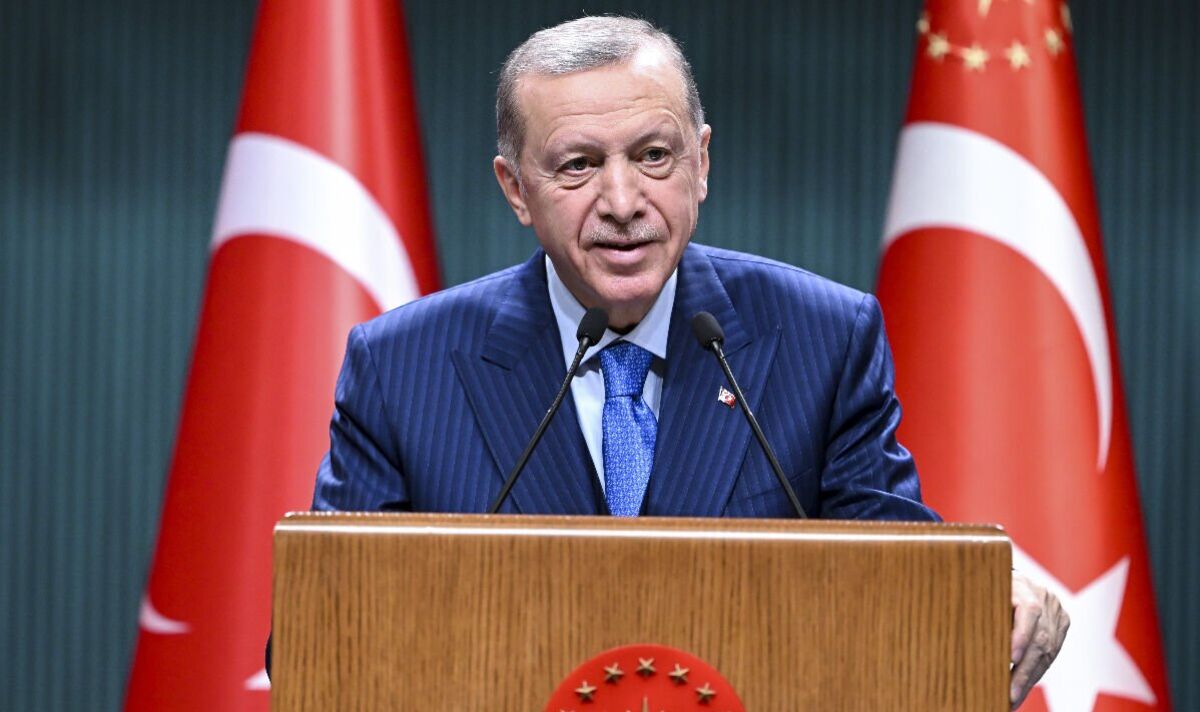 Sweden can “no longer expect” Turkish support for its NATO bid after Koran-burning protests broke out in Stockholm, President Recep Tayyip Erdoğan has claimed. The protests had been given prior approval by Swedish authorities. However, burning the holy Islamic book was not approved.

Erdogan slated those burning the book as “no one has the right to humiliate the saints”.

The protest in the Swedish capital saw around 100 people gather, including Danish far-right political Rasmus Paludan.

He then proceeded to set fire to a copy of the Koran.

Erdogan said in his first official response after a cabinet meeting: “Those who allow such blasphemy in front of our embassy can no longer expect our support for their NATO membership.”

He added: “If you love members of terrorist organisations and enemies of Islam so much and protect them, then we advise you to seek their support for your countries’ security.”

Erdogan came under attack by demonstrators at another protest in Stockholm earlier this month after Kurdish protests hung an effigy of the Turkish leader from a lamp-post.

However, he later added: “Sweden will respect the agreement that exists between Sweden, Finland and Turkey regarding our NATO membership.”

Prime Minister Ulf Kristersson defended the right to protest but condemned the “disrespectful” burning of the Koran.

Ankara previously claimed Stockholm must take a clearer stance against groups it sees as terrorists, including Kurdish militants.

Turkey and Hungary are the only NATO members not to have ratified the Sweden and Finland’s historic decision to break their tradition of military non-alignment.

He told Die Welt that “freedom of expression, freedom of opinion is a precious commodity, in Sweden and in all other NATO countries”.

Norway’s ex-Prime Minister added: “That is why these inappropriate acts are not automatically illegal.”