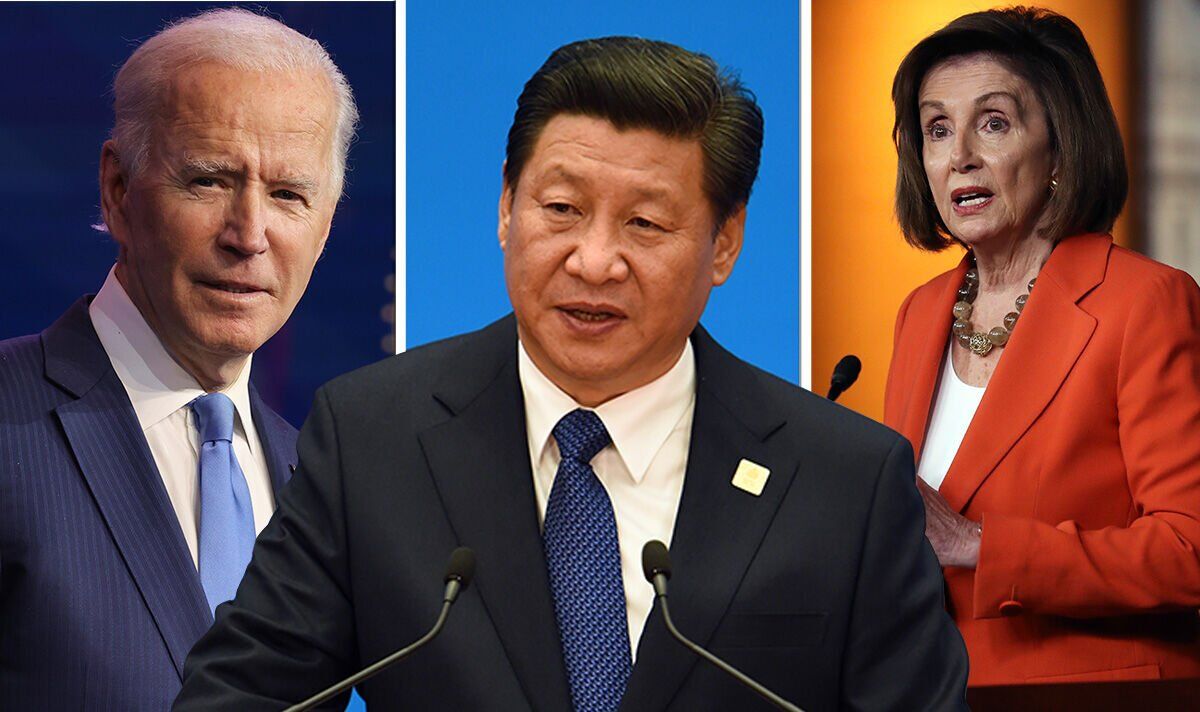 Taiwan tension: US urged against backing down as China resumes military drills – YOU VOTED

China has carried out live-fire military drills around Taiwan after US Speaker of the House of Representatives Nancy Pelosi’s visit to the island last week. She visited on August 3 and described it as “one of the freest societies in the world”, pledging American solidarity.

China has carried out its biggest-ever show of military force in the air and seas around Taiwan, including the firing of ballistic missiles.

Beijing views Taiwan as a breakaway province that will eventually be under the mainland’s control.

Yet, Taiwan is self-ruled and sees itself as distinct from the mainland, with its own constitution and democratically-elected leaders.

Chinese President Xi Jinping has said “reunification” between Taiwan and the mainland “must be fulfilled” by any means necessary.

Visits by foreign officials are viewed by China as recognition of Taiwan’s sovereignty and so  Ms Pelosi’s visit — the first senior US official to visit since 1997 — has heightened tensions between Beijing and Washington.

Military drills were expected to end on Sunday, August 7, but China has carried out fresh exercises including anti-submarine attacks and sea raid operations.

US President Joe Biden expressed concern about the situation on Monday, August 8, but said he did not expect things to escalate further.

He told reporters at Dover air force base: “I’m not worried, but I’m concerned they’re moving as much as they are. But I don’t think they are going to do anything more than they are.”

In a poll that ran from 11am on Wednesday, August 3, to 10am on Tuesday, August 9, Express.co.uk asked readers: “Should the US back down in Taiwan after China’s warning?”

Dozens of comments were left below the accompanying article as readers shared their thoughts on the US’s position.

Meanwhile, other readers argued that the US should not have interfered and should back down.

Username PLM said: “The people of Taiwan have chosen their path and its China, they should accept that.”

Username BobPage said: “Sadly the US is in no position to be taking on China right now.”

“I’m completely on board with Taiwan being independent, which it is as far as I’m concerned, but why did Pelosi feel the need to infuriate the obvious issue.”