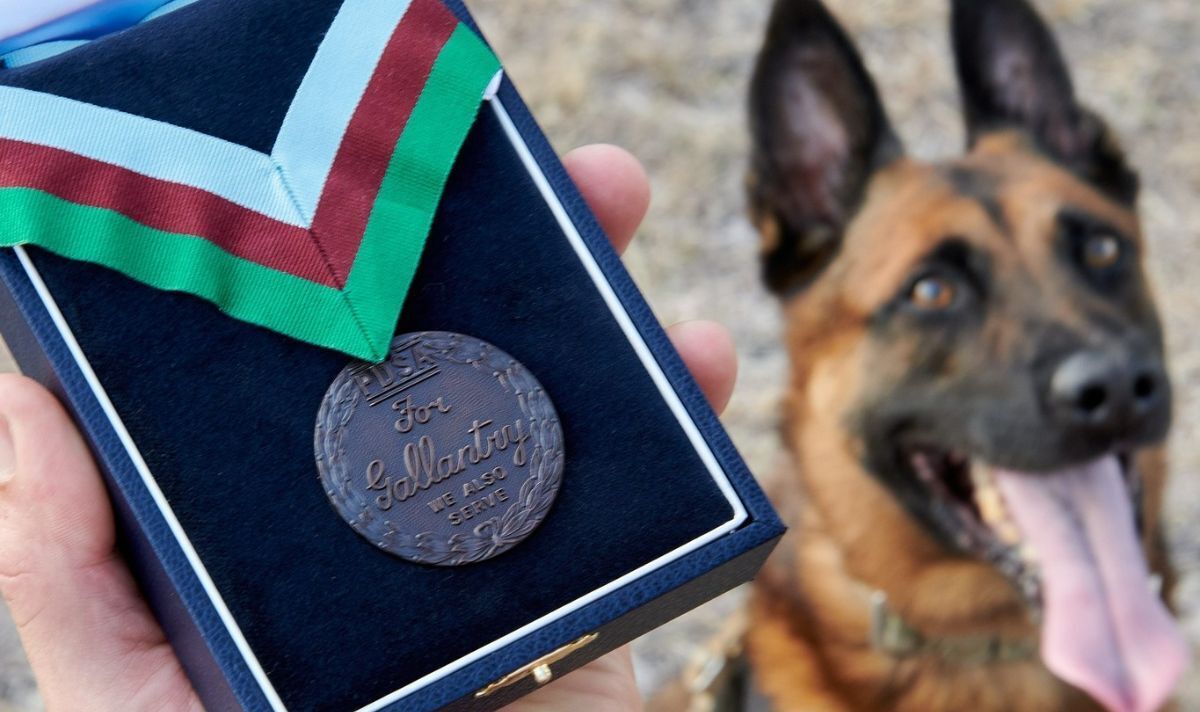 A dog that sniffs out Taliban bombs has been awarded a medal for gallantry in the United States. Bass the Belgian Malinois is the recipient of the highest gallantry award for animals after he enabled a successful night-time raid on a Taliban bomb-maker hiding out in Helmand province.

Bass received the PDSA Dickin Medal, created in 1943 by the UK’s largest veterinary charity, the People’s Dispensary for Sick Animals.

Equivalent to the Victoria Cross, it acknowledges exceptional courage under fire.

Former Staff Sergeant Alex Schnell, his handler, said from his Texas home during the online ceremony: “Bass is an incredible animal. He made a huge impact on the battlefield and saved lives.”

He shared an experience in May 2019 when the Marines came under fire: “Bass and I located an IED [Improvised Explosive Device] on one of the roadways. You have to rely on the skills of your dog.

“We found two more IEDs and were able to move the unit into that structure and then eventually accomplish the mission. We all relied on Bass at that moment.”

He can detect explosives and track human targets and has served in Iraq, Afghanistan and Somalia.

“Every day in our Pet Hospitals, PDSA’s vets and vet nurses see and protect the incredible bond between pets and their owners.

“Which is why PDSA continues our founder Maria Dickin’s mission – to ensure no pet suffers because of their owners financial circumstances and to honour the incredible role they play in our society.

“Bass is a wonderful example of how vital animals are. His exceptional abilities and determination were apparent to all who served with him, and he was a clearly respected member of the team.

“I am proud to present him with the PDSA Dickin Medal.”