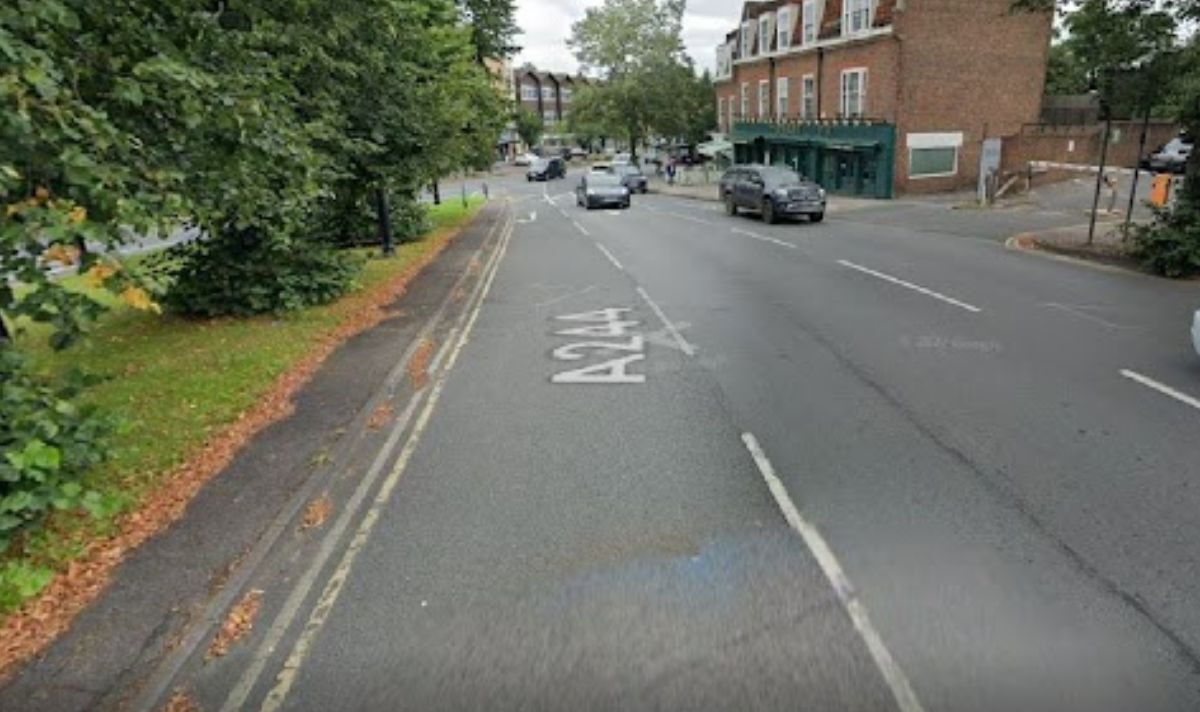 The officer has been taken to hospital with serious injuries following the incident which happened on Tuesday.

Surrey Police shared a statement, which read: “The PCSO had left Elmbridge Police Station and was walking through Old Church Path when she was approached by a young man and stabbed in the arm at around 2.50pm. She has been taken to hospital with serious injuries”.

The offender is described as a white male aged between 14-15 years old and of slim build.

The force said: “He was wearing black trousers and black footwear with a black hooded top and a surgical face mask”.

Two young men, a 14-year-old and a 15-year-old were arrested a short time after in Claygate on suspicion of attempted murder.

Both young men remain in custody while investigations are ongoing.

Detective Inspector Gareth Hicks, who is investigating the incident, said: “We do not believe this to be a terror-related incident, but we do believe this was a targeted attack as the PCSO was wearing parts of her uniform at the time.

“We would like to speak to anyone who may have seen someone matching the suspect’s description or witnessed three young men on a moped in the areas of Esher and Claygate between 1.30 and 3.50pm this afternoon.

“I would urge anyone who may have witnessed something, no matter how insignificant, to contact us as soon as they are able.”

The police community officer was making her way home from work at the station when she was approached by the young man.

After he stabbed the unnamed officer, he is believed to have fled the scene in the direction of Esher Park Avenue.

Police are calling on any witnesses, or anyone who has CCTV or dashcam footage, to come forward.

People with relevant information can contact the Surrey Police force or call Crimestoppers if they wish to remain anonymous.