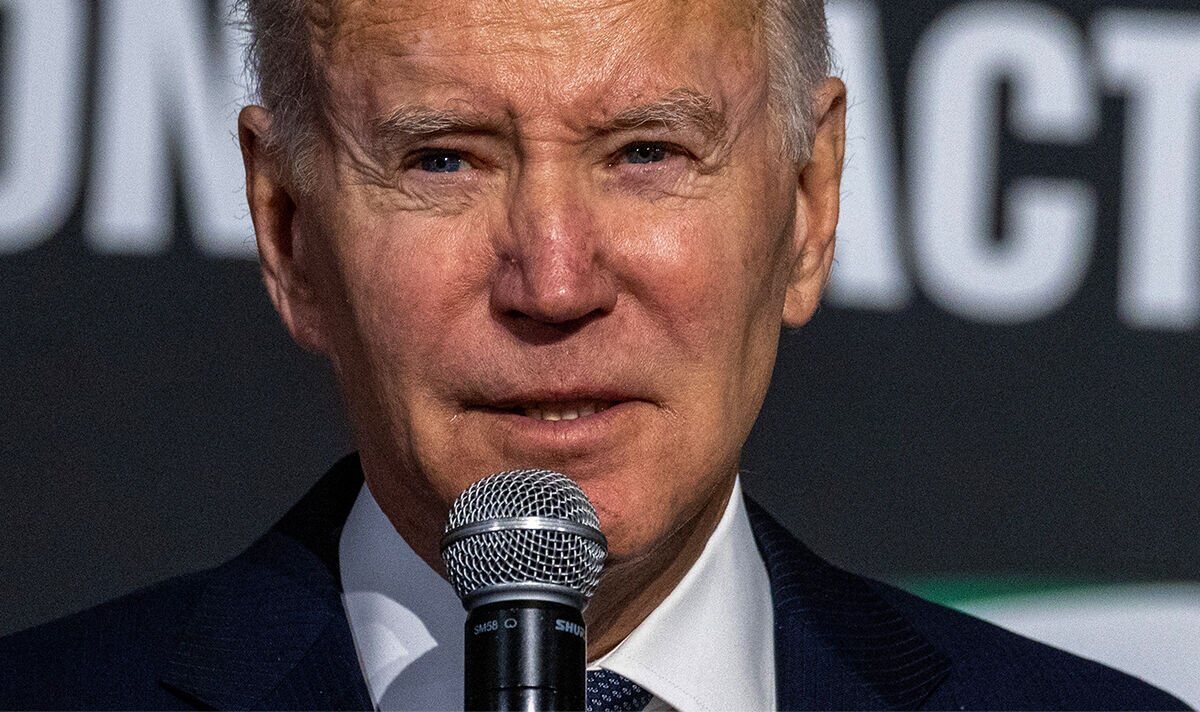 Joe Biden‘s decision to send 31 Abrams tanks to Ukraine is a stunning U-turn on the President’s previous pronouncements. The President has been reluctant to send in tanks and other high-grade military equipment, lest it drags America and its allies into direct conflict with Russia. Back in March last year, Biden said in a speech: “The idea that we’re going to send in offensive equipment, and have planes and tanks and trains going in with American pilots and American crews – just understand.

“Don’t kid yourself. No matter what you all say, that’s called World War III. Okay? Let’s get it straight here guys.”

Commenting on the decision to send in tanks, the President said the armoured capability has been “critical for Ukraine” and the US “will train Ukrainian troops as soon as possible” – adding that Germany had “really stepped up support” of Mr Zelenskyy’s troops.

Alongside the tanks, the US will also send eight M88 recovery vehicles in a military package worth $400m (£323m).

Planes and trains are still off the table but the decision to send in Abrams will be viewed by Moscow as a significant escalation in the conflict.

READ MORE: Biden confirms US will send Kyiv new batch of most ‘capable tanks in world’

“Overall I am very thankful to the world for the support for Ukraine. But speaking frankly, the number of tanks and the delivery time to Ukraine is critical,” he told Sky News.

After the announcement, the Kremlin said: “These tanks will burn down just like all the other ones.”

The Russian embassy in Berlin condemned the move as an “extremely dangerous decision” and an “escalation” of the conflict.