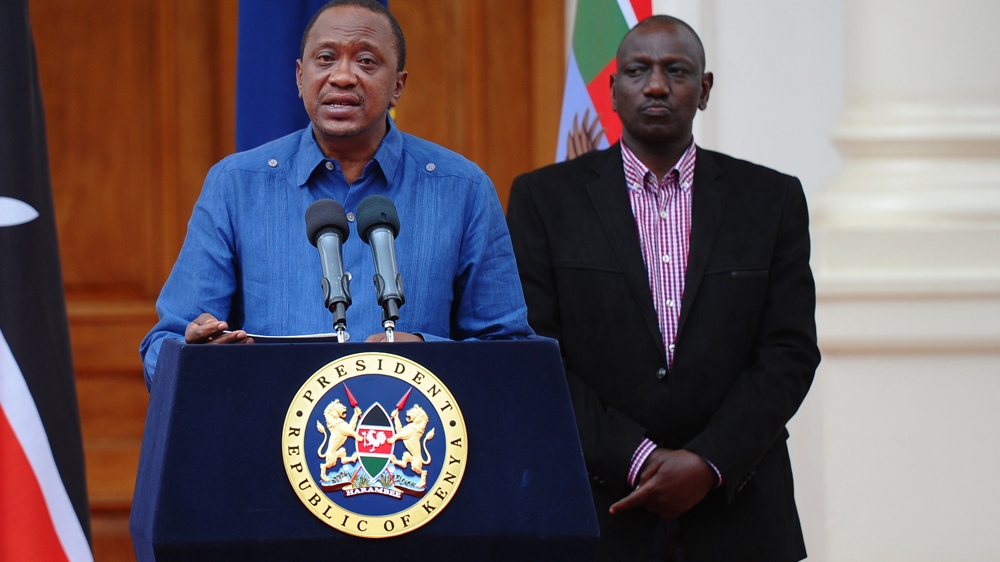 Nairobi, Kenya – It is election season in Kenya and even beyond the 22.1 million registered voters going to the polls on August 9, the biggest catchphrase of the campaign has been the “deep state”.

Over the last couple of years, the phrase has emerged to convey the notion of a powerful shadowy cabal, not officially elected to government but, nonetheless, contorting the wishes of the people during elections and afterwards in the governance of the country.

Supporters of leading presidential candidate Raila Odinga have always claimed that there was a conspiracy at the highest levels of government to deny the former prime minister, who lost the 2002, 2007, 2013 and 2017 presidential elections, the role.

But in December 2019, former Deputy President Kalonzo Musyoka made possibly the earliest local mention of the phrase, in an interview with local private broadcaster Citizen TV.

“Kenyans must know that there is a ‘deep state’ government,” he said. “A country is never run by these politicians who shout [the] loudest.”

A year later, Musyoka, an influential member of the Azimio La Umoja coalition which backs Odinga, said, “I don’t know if there is a deep [state], what I know is there are interest groups and some of them have [an] enabling capacity.”

In September 2021, yet another member of the ruling party coalition reinforced the now widespread belief of a “deep state”.

In an interview, Francis Kimemia, a former public service head and current governor for Nyandarua county in central Kenya said, “The state exists. I can assure you it is deeper than deep. If you have two candidates at the rate of 50-50, and the ‘deep state’ backs one, you can be sure which one will win. The international community plays a great role in who becomes elected.”

But ahead of Tuesday’s keenly contested polls, the phrase might be assuming dangerous dimensions.

A coalition for power

The term has been popularised by the Kenya Kwanza (meaning Kenya First in Swahili, – over the elite) – a nationalist coalition movement headed by deputy president and the other main presidential candidate, William Ruto.

The so-called cabal is said to have the right of first refusal to influence choice positions and lucrative contracts in government and business.

Members are believed to be in the presidency, the security agencies, the electoral commission and other parts of the civil service that supposedly work in tandem as an “All-Seeing Eye”.

For Patrick Gathara, cartoonist and political analyst, the “deep state” remains a deeply ambiguous term but could be a reference to a parallel political system inherited from British colonial administrators years ago.

“It’s sort of an administrative system that we’ve essentially carried on since colonial times, and that the constitution was supposed to reform or actually eradicate,” he told Al Jazeera. “You know, there’s a paper written by a former attorney-general, Githu Muigai, that really articulates the fact that the colonial system that we inherited … in essence we’ve been unable, and to some extent, unwilling, when you speak about the powers that be, to remove.”

It is a concept not dissimilar to former United States President Donald Trump’s constant talk of a “deep state” in that country, a conspiracy theory headlined by the discredited QAnon movement.

It is also reminiscent of “the cabal”, a term that hit national consciousness in Nigeria around 2009 as then-President Umaru Yar’adua battled a terminal illness that left him incapacitated to run Africa’s most populous country.

Now Ruto, a skilled orator, has now employed the same logic while framing the election as one of “hustlers” versus “dynasties”.

This is in reference to the Azimio la Umoja coalition which has in its fold President Uhuru – scion of the Kenyattas (beginning with inaugural President Jomo Kenyatta in 1964) – along with the other leading presidential challenger Odinga (whose father Jaramogi Odinga was Kenya’s first vice president in 1964) and their supporter Gideon Moi (son of former President Daniel arap Moi).

Former first lady “Mama Ngina”, or Ngina Kenyatta, wife to Jomo, mother of Uhuru and one of the most influential people in the country since independence, is also endorsing Odinga.

“We have managed to relegate ethnicity to the background, “ Ruto, who has often called himself ‘hustler-in-chief’ and talked about growing poor, said at an August 6 press conference. “Irrespective of where we come from, today we stand together as a people and we have overcome the so-called system, the so-called deep state.”

State versus the people

It is little wonder then, that the phrases “deep state” and “hustlers versus dynasties” have come to symbolise the involvement of the state machinery in the elections, even with the incumbent not being able to stand for re-election after serving the constitutional limit of two terms.

President Kenyatta has been on the campaign trail attempting to get citizens, especially his Kikuyu kinsmen, the largest voting bloc in the country, to back his longstanding foe turned ally Odinga. Consequently, he has been accused by the opposition, civil society and regular citizens of using the paraphernalia of state to back his preferred candidate.

With Ruto repeatedly alluding to there being higher powers at play wanting to rig the elections against him, this reinforces his narrative of having been forced out of relevance while in government but being an underdog working for the people.

He has even claimed that powerbrokers in Kenya sought to involve Uganda’s President Yoweri Museveni in disqualifying Sakaja Johnson, the Nairobi county senator vying for its governorship with the Kenya Kwanza coalition.

This week, Ruto held back-to-back news conferences alleging that there were threats against his family and several communities, arising from “meetings that are being organised in dark places to orchestrate disharmony” including one that the president had supposedly attended.

Still, industry insiders and rival politicians, including Jubilee Party vice chairman David Murathe, say Ruto, one of the country’s wealthiest and most influential politicians, would himself be embedded in a “deep state”, if it were to exist.

On the streets of the capital, an Odinga stronghold, that may be the feeling, too. “Ruto is the most evil man in Kenya”, said Charles Wairimu, a security guard.