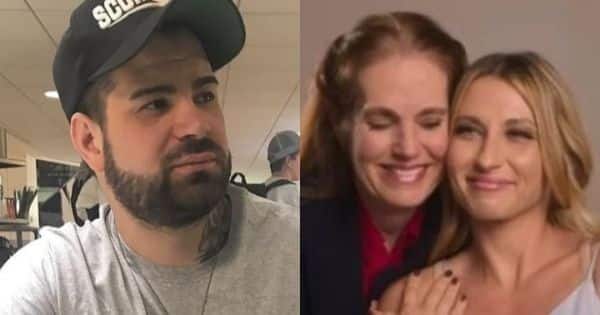 The Most Hated Man on the Internet web series review: You’ll root all the way for Charlotte Laws against the creepy, entitled Hunter Moore

a.) The Most Hated Man on the Internet has already made it to the list of best true crime Netflix documentary web series and is made by the creators of two of the best ever documentaries on the OTT platform, The Tinder Swindler and Don’t F**K with Cats Hunting an Internet Killer, with the first being a film, and the second, another 3-part web series. The pedigree is proof enough and they’ve not disappointed. Also Read – The Most Hated Man on the Internet: All you need to know about Hunter Moore; subject of new viral Netflix true-crime docuseries

c.) Charlotte didn’t stop at getting her daughter’s pics removed as she spoke to more than forty victims of Hunter Moore, compiled evidence and convinced the FBI to shut down his IsAnyoneUp website along with the the help of anti-bullying advocate and former Marine James McGibney. Thus, the show works effectively as both a mother’s crusade and pacy, thrilling police procedural, offering something for everyone.

d.) At just 3 episodes, the show never overstays its welcome yet informs you all you need to know about the topic – two codes all great documentaries unfailingly crack. And as mentioned above, the pace it maintains and the feels it carries – almost of an edge-of-the-seat thriller – makes it totally binge-worthy even for viewers who don’t regularly consume documentaries.

e.) Almost every character, big or small, positive or negative, leaves an indelible mark; their fact-based structure making the good ones all the more empathetic and the big bad, all the more loathsome.

Hunter Moore didn’t seem to get the memo though after the FBI crackdown and bragged that he’ll be back with HunterMoore.tv, a more disturbing version of IsAnyoneUp, and this time, addresses and maps to people’s homes would also be posted. In 2014, he was arrested by the FBI on charges of conspiracy, unauthorized access to a protected computer and aggravated identity theft, and later sentenced to 2 and a half years in jail, plus a $2,000 fine.