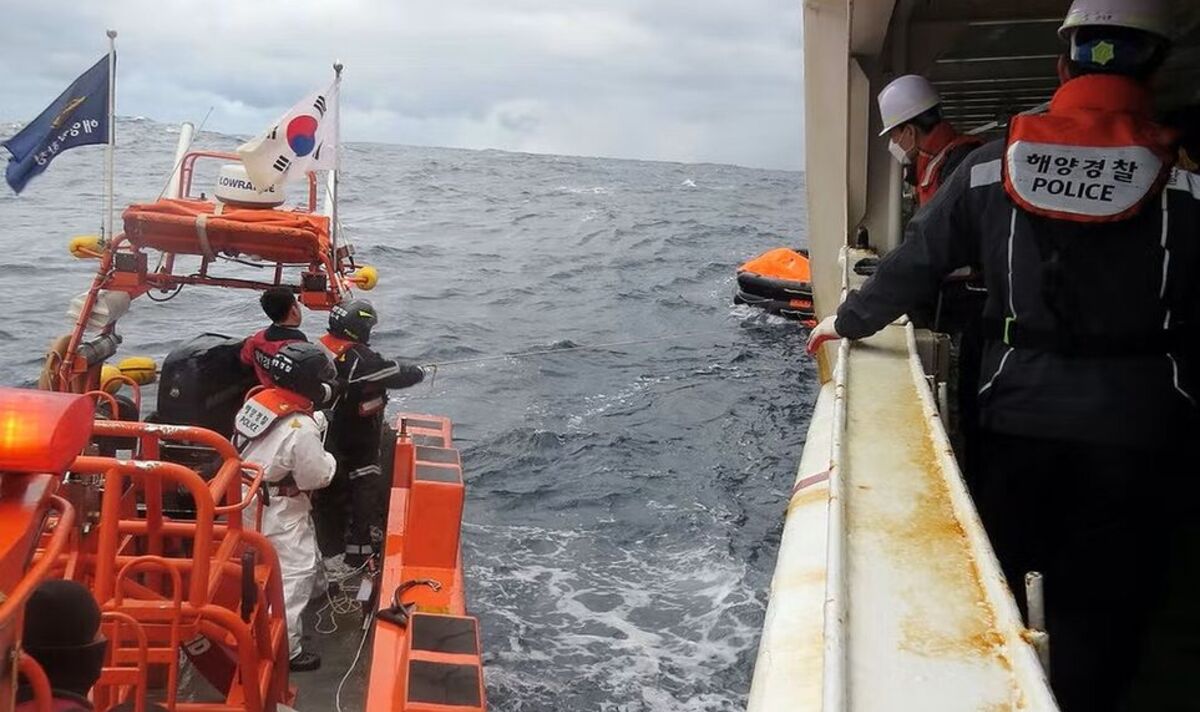 Thirteen crew members have been rescued from a cargo ship that sank off the southwestern coast of Japan. The sinking occurred during fierce winter winds with planes and ships, including private vessels, searching for the remaining nine crew members.

The vessel, the 6,651-tonne Hong Kong-registered “Jintian”, issued a distress call late on Tuesday, according to the Japan Coast Guard.

According to reports, one person on the ship said that it was listing and taking on water.

Later reports said that the 22 crew members, all either Chinese or Myanmar nationals, had been transferred to lifeboats.

There appears to be no immediate explanation as to why the ship that was carrying lumber capsized.

A Coast Guard spokesperson said that the winds were strong at the time that the distress signal was received at about 11:15 PM local time on Tuesday.

Government spokesman Hirokazu Matsuno said that the coast guard had immediately requested assistance from patrol ships and aircraft in the area west of Nagasaki city.

Speaking at a news conference, Mr Matsuno added that the coast guard “is also seeking cooperation from the Self-Defense Forces, South Korean Coast Guard, and vessels sailing near the waters.”

The coast guard was, however, unable to confirm reports that the crew were in lifeboats.

The area where the ship sunk is between Nagasaki and South Korea’s Jeju island where harsh weather conditions forced hundreds of flights to be cancelled on Tuesday.