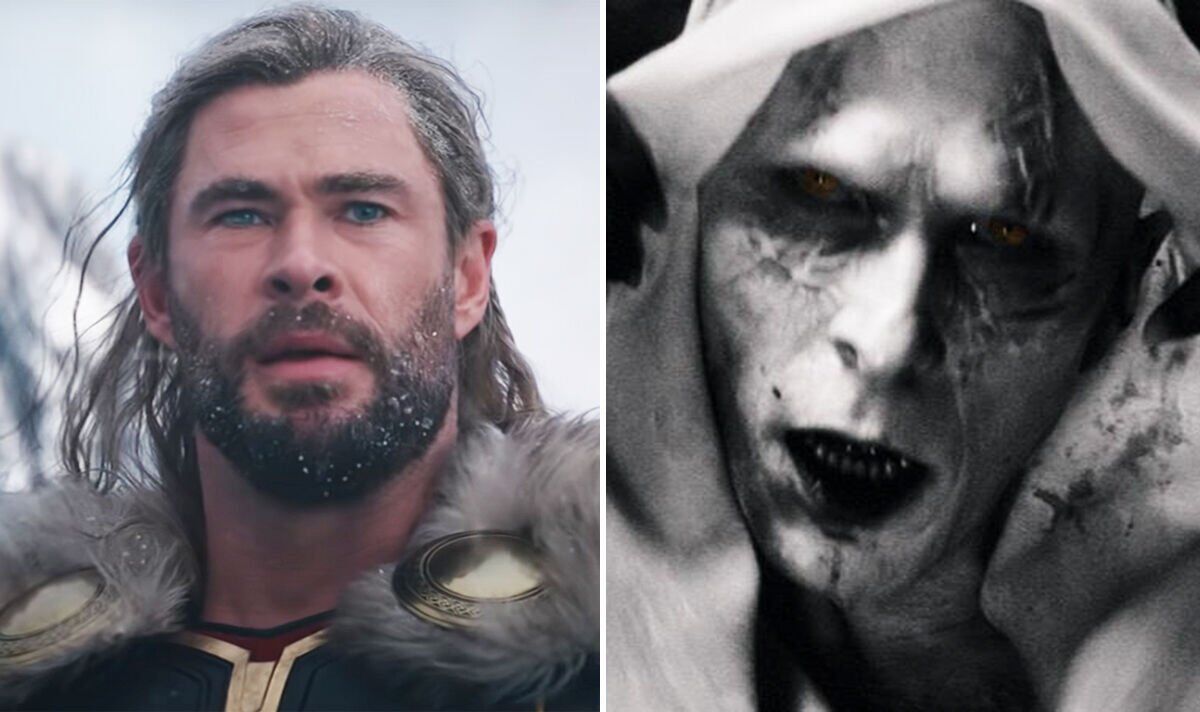 Last night, the Thor Love and Thunder world premiere took place in Hollywood, with Chris Hemsworth and co-stars in attendance. Critics have praised the Marvel film for its humour and wackiness, while also highlighting just how frightening Christian Bale’s villain Gorr is. Here are some first reaction review highlights from the highly praising to those who felt the MCU movie was a middling entry into the franchise.

MCU Direct
#ThorLoveAndThunder is predictably hilarious yet unexpectedly personal and heartfelt. Christian Bale and Natalie Portman’s performances truly shine while Waititi delivers an emotional story. I think this may be my favourite Thor movie.

Collider
Thor Love and Thunder is electric! A wacky, high-energy delight with a cast full of aces crushing one scene after the next. LOADS of laughs (my face legit hurts), menace of Christian Bale’s Gorr is chilling, but most of all loved that it’s a film brimming with good vibes & heart. Just as Doctor Strange 2 feels very Raimi, one of Thor Love & Thunder’s best qualities is that it’s pure Taika. He continues to be a one-of-a-kind voice that I can’t get enough of. The MCU is leaning especially hard into its directors’ styles, voices & visions and I’m loving it.

Variety
Thor Love and Thunder has an Appetite For Destruction & laughs. It’s totally rad! Taika Waititi delivers a subversive, irreverent spectacle. Great story, stakes & character-building. Chris Hemsworth & Natalie Portman, superb.Russell Crowe & Christian Bale slip easily into the world. There’s a lot of unhinged, unrestrained, completely out-of-the-box lunacy in #ThorLoveAndThunder that I’m still shocked they snuck in/ got away with. And BLESS UP that they did. It counterbalances grounded heartrending storylines too.

Next Best Picture
THOR: LOVE AND THUNDER is a rockin’ great time with electrifying action, lots of laughs (the screaming goats!) & a profound story on absent gods & our desire for love. Natalie Portman makes a mighty return & Christian Bale slays it as the terrifying Gorr. The best Thor film yet!

Fandango
Another classic Thor adventure! #ThorLoveAndThunder is everything I wanted it to be. Big, colourful, weird Guns N’ Roses-fueled battles to go w/ a hopelessly romantic story about discovering love in unexpected places. Christian Bale & Russell Crowe are especially great. And Korg!

Fangirlish
Thor Love and Thunder is the GREATEST movie Marvel has made so far! I’m not joking. I haven’t laughed that hard since Ragnarok and I feel invested in Marvel again in a way that I haven’t since Endgame. Also, bring tissues. The journey is “chef’s kiss” from start to finish!

Discussing Film
Thor Love and Thunder gets better when it’s not trying to desperately recapture the magic of Ragnarok. Most of the humour doesn’t land as well as it did the first time, but Chris Hemsworth, Natalie Portman, & Christian Bale do the best with it.

Bleeding Cool
So, #ThorLoveAndThunder I have Thoughts and Feelings, a lot of which are spoilers, some of them I’m not happy about. What I can talk about is something that the thing that made #ThorRagnarok such a breath of fresh air was how different it was from the other movies. However, you can’t be that breath of fresh air twice, so you need to up the emotional connection to the characters and the plot. See the Guardians movies. #ThorLoveAndThunder tries but can’t quite hit it, and comes across as weirdly restrained, which is a shame. That being said, it’s not a bad movie, and perhaps #ThorLoveAndThunder will appreciate well for me the same way #ThorRagnarok did. Lovely to see #JaneFoster again; #Valkyrie is love, & there isn’t enough #Gorr. Not a bad entry in the #Marvel universe, but not a great one either.

BroBible
Thor Love and Thunder the funniest film in the MCU. The jokes are excellent as is the cast delivering them. Christian Bale, obviously, is also terrifying as #Gorr   BUT, the plot felt flat and stakeless. Not sure if that’s a #Thor problem or an MCU-without-a-big-bad problem.