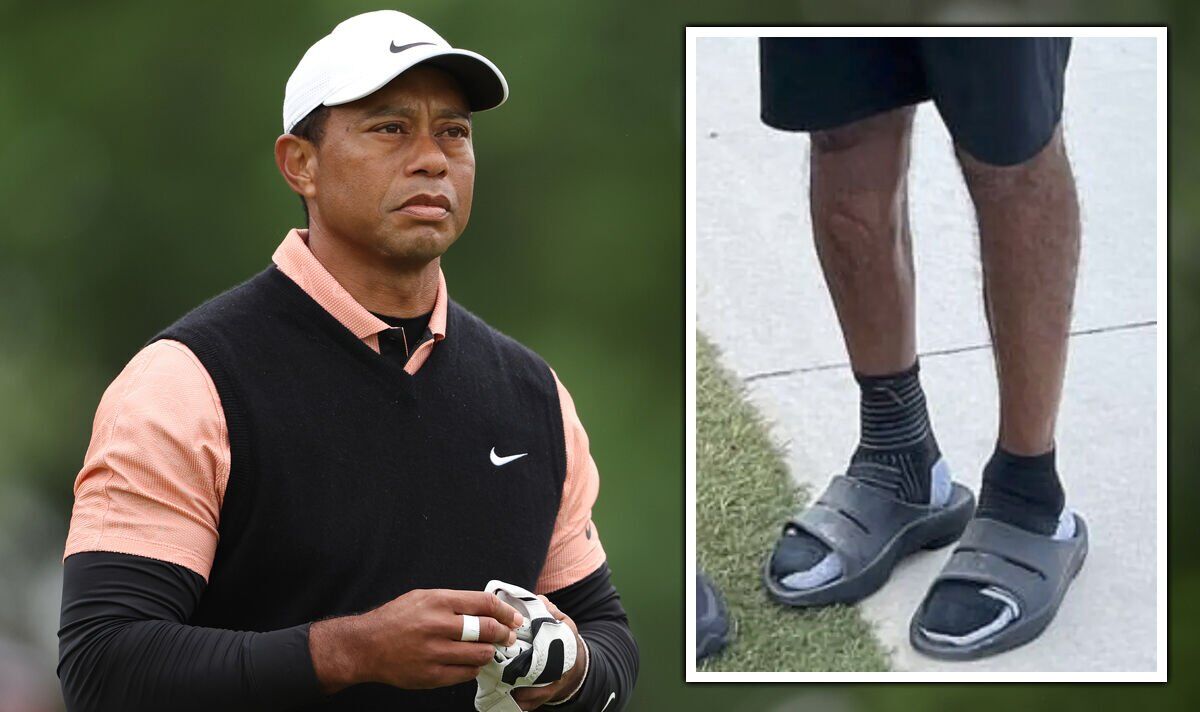 Woods, 46, was travelling at more than 80mph when he endured a rollover accident in his Genesis GV80 SUV. The single vehicle collision left him requiring emergency surgery, with multiple breaks and fractures in both legs.

He spent more than a year out of the professional game before defying the doubters to play at Augusta, and also entered the US PGA at Southern Hills a month later. However, despite making the cut, he withdrew from that event after three rounds, having visibly struggled throughout.

In both tournaments, his calf was covered by a leg sleeve, which covered the true extent of the markings left following his rehabilitation. However, a picture posted on Twitter by golf journalist @LeifSkodnick, initially taken by Pavel Anisimov, has now given fans a harrowing insight into what Woods has been playing through.