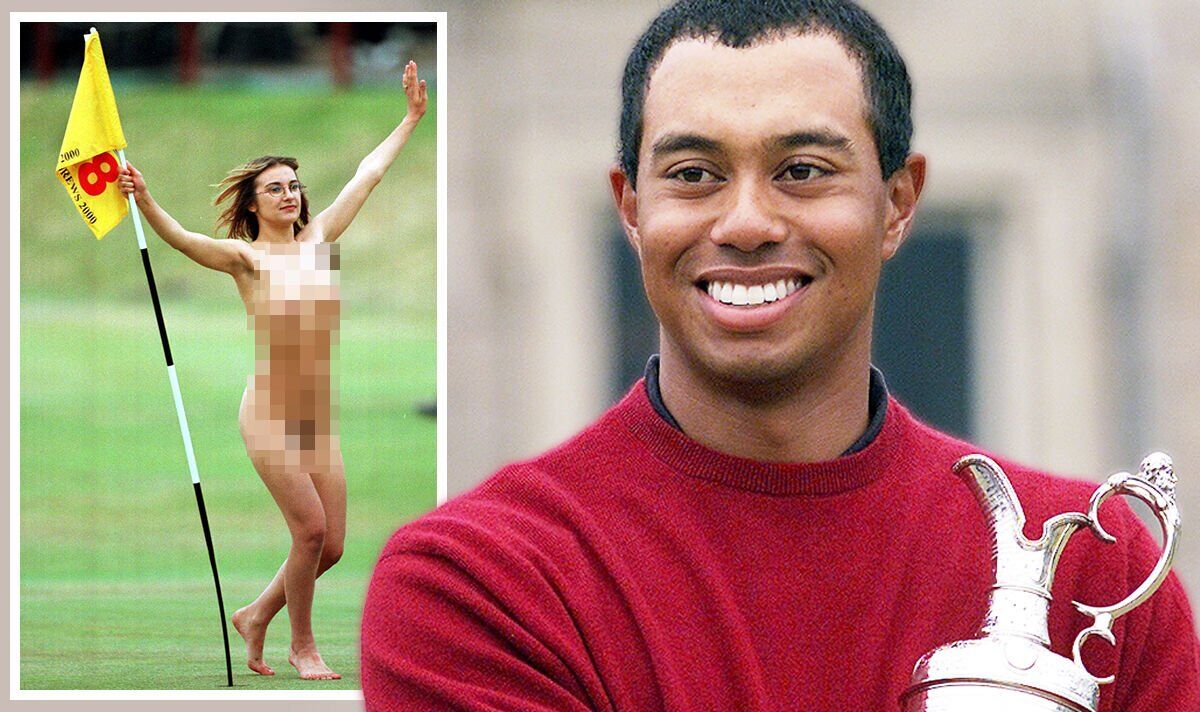 Tiger Woods holds special memories from St Andrews having won the Claret Jug twice at the home of golf – but his first win back in 2000 was “interrupted” by a female streaker. Woods was long destined for greatness as soon as he turned pro in 1996 with lucrative sponsorship deals immediately signed with Nike and Titleist.

Just eight years later, Woods had made history in becoming the youngest golfer to achieve the Career Grand Slam after his maiden Open Championship title. He did so in record fashion, setting a championship record score to par of 19-under.

Woods had practically wrapped up the title by Saturday as he held a six-shot lead heading into the final round. Only a catastrophic fall from grace would have prevented him from winning his inaugural Open Championship title.

Of course Woods didn’t falter one bit, shooting a round of 69 to be named ‘champion golfer of the year’ for the first time in his career. There was a massive scramble from hundreds and thousands of fans trying to catch a glimpse of Woods making his way up the fairway on the 18th hole.

But his celebrations were somewhat muted after a completely naked female streaker managed to bypass security to jump onto the 18th green with Woods just yards away. The woman, later named as Jacqueline Salmond, was later shuffled away by security and fined £100 for the disruption.

Salmond insisted back then that it was just harmless fun, but Woods didn’t see the funny side at the time. “It’s a shame,” said Woods at the time.

“I wish I could have walked up there and had that special moment and not have it interrupted, I don’t feel great about that.