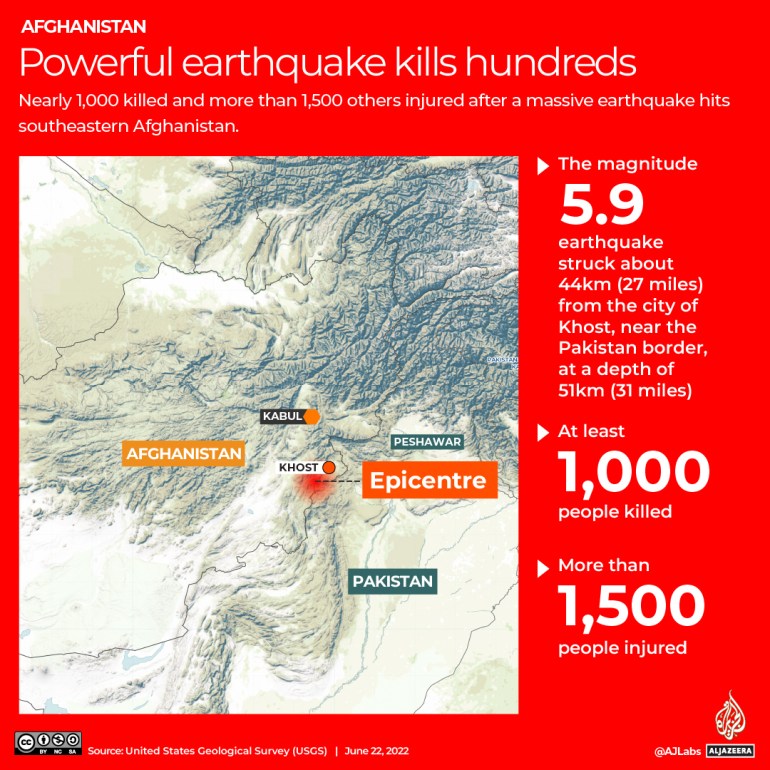 The country has a long history of powerful tremors that have caused fatalities.

Hundreds of people have been killed in Afghanistan’s deadliest earthquake in some 20 years.

The magnitude 5.9 tremor in the early hours of Wednesday flattened hundreds of homes in the southeastern provinces of Paktika and Khost, killing at least 920 people and injuring some 600.

Afghanistan has a long history of earthquakes, many in the mountainous Hindu Kush region bordering Pakistan.

Below is a list of powerful quakes that have caused fatalities over the past 30 years: