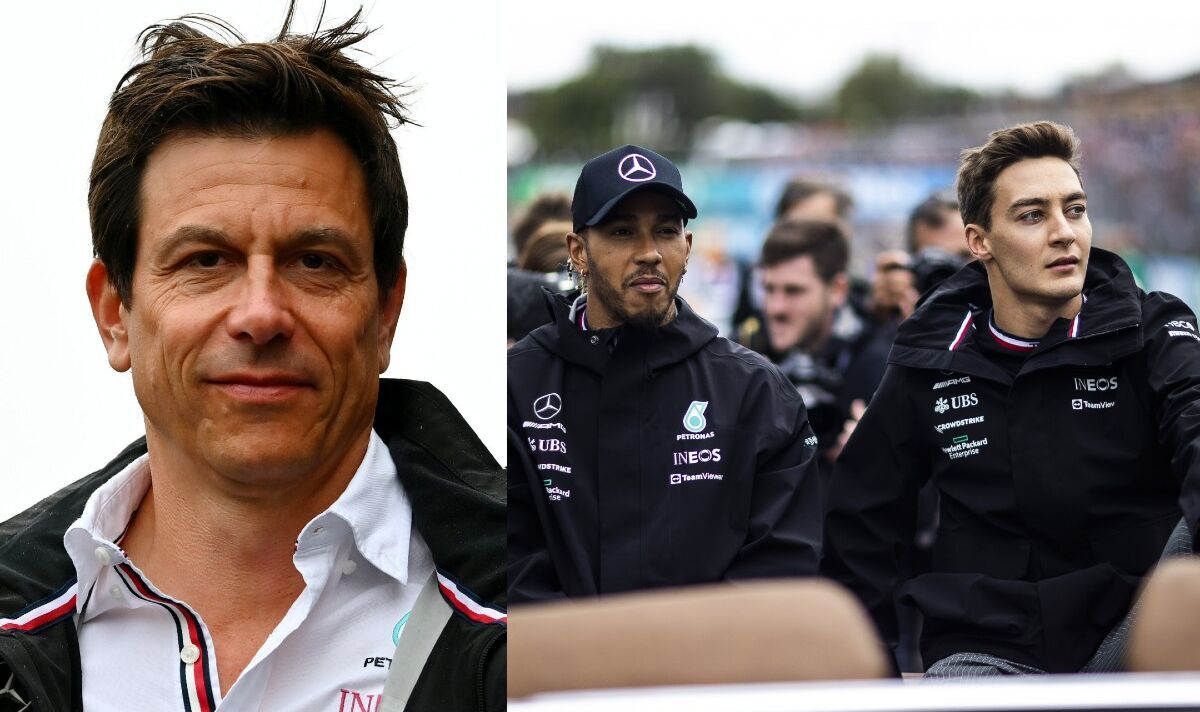 Toto Wolff has raised major concerns about the quality of next season’s Mercedes car sparking fears that Lewis Hamilton and George Russell could again suffer a subpar season. The Silver Arrows have been far below their usual standards this season struggling to match the pace set by front runners Red Bull and Ferrari.

Mercedes currently sit third in the Constructors’ Championship despite winning the competition in each of the last eight years. The team are 159 points behind leaders Red Bull showing the gulf in performance between the two cars.

This has badly affected the drivers with Hamilton and Russell only able to compete for podiums when something goes wrong for the top two teams. It is the first time in the seven-time World Champion’s career that he has failed to win a race, starkly highlighting the poor performance of the Brackley-based outfit.

Now, Wolff has raised fears that another season off the pace could be on its way. The W13 has a very specific concept with a minimalist approach to the car’s sidepods and a radical redesign could mean the team start even further back than they are now.

“It’s a very difficult situation because we obviously have a certain concept of a car,” the German said. “It’s not like we can experiment a lot this year and just simply dial stuff out and test.

JUST IN: Lewis Hamilton told by Toto Wolff to ‘compromise’ after brutal swipe

“Whatever we decide for next year needs to be carefully evaluated because clearly our data doesn’t give us the results, and doesn’t correlate with the reality. We have massive swings in performance that we can’t really get on top of.

“In this very moment, to take a decision for next year, whatever it may be, like changing the concept dramatically, how can you be sure that that’s the better direction to go because clearly we’ll be starting a little bit way back?

“It’s quite difficult to say what is the concept, is it the chassis in its current shape? What is that? Is it weight distribution? Is it where you can put the mechanical and aero balance? Is it the bodywork concept?

“All these different pillars of the car are evaluated and it could mean that some of that goes and some of that stays? And that’s what we’re looking at at the moment.”

Mercedes’ car is currently overweight, something which is not helping their poor performance in a straight line. It is difficult for the team to make any changes given the tight cost cap currently in operation within Formula One. This means the team may be forced to stick with their sub-optimal chassis going forward.

“Look at the chassis…we wouldn’t be able to introduce a chassis at that stage of the season,” the 50-year-old said. “We are massively overweight, which we haven’t been really able to dial out because we are trying parts on the car in order to solve our various issues. So we can’t afford that, full stop.

“So what was aimed by introducing the cost cap absolutely hit the target. It is what they wanted: to achieve that the big teams can’t just throw money at it.”

Mercedes will hope to see an improvement this weekend when the Formula One circus rolls into Zandvoort for the Dutch Grand Prix. The track is known for it’s twisty, technical nature meaning it should play more into the team’s hands given their lack of straight-line speed.