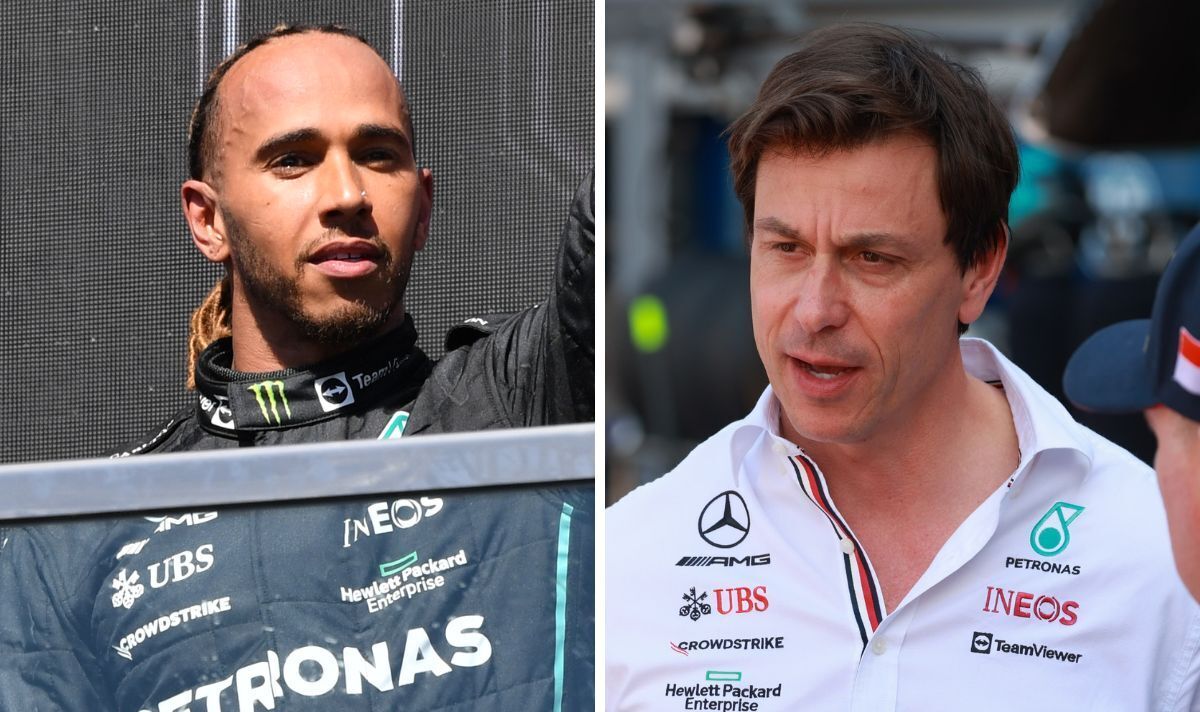 Toto Wolff is solely to blame if Lewis Hamilton can’t begin fighting at the front very soon, according to former F1 driver Christian Danner. In all of Hamilton’s previous 15 seasons in F1, he has always been able to win at least one race.

The closest he came to snapping that impressive record was way back in 2013 during his first season at Mercedes. Hamilton’s solitary victory that year came at the Hungarian Grand Prix, a trick he has won a record eight times.

But the 37-year-old is now facing the very real prospect of going an entire season with a single race victory with Mercedes struggling to close the gap to Ferrari and Red Bull. Reliability issues for their rivals have helped Mercedes somewhat through the opening nine races with both Hamilton and Russell able to finish every race.

However, they’ve still come unstuck in trying to challenge at the front of the grid and Danner believes the fault lies directly at the feet of Mercedes boss Wolff. “Let me put it this way, Hamilton has already been written off by many people, especially the journalists, but only on Hamilton can it still be done!” Danner said on ServusTV.

“It’s the same as with other top drivers, he needs his car. If he doesn’t come along, it’s Toto Wolff’s fault. He is responsible for delivering a good car.

“If you compare it, the Mercedes certainly can’t come close to Ferrari and Red Bull at the moment.” Danner added: “I appreciate him [Wolff] very much.

“He really has won enough titles in recent years. But please who made the car like this? That’s what the team does. The car is just tuned too hard. That’s the problem. However, you can tune a car yourself.