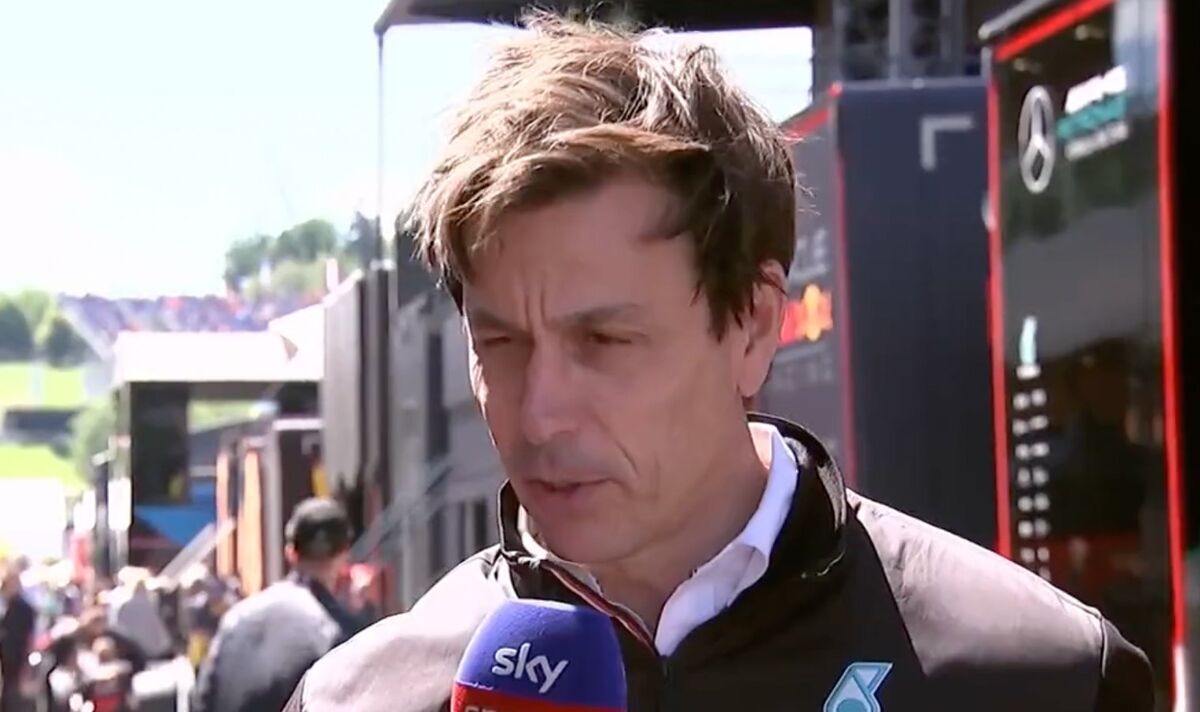 Mercedes team principal Toto Wolff insisted that some fans need to be educated after a number of supporters were heard cheering when Lewis Hamilton crashed out in qualifying at the Austrian Grand Prix on Friday. The 37-year-old was on course to battle the likes of Max Verstappen and Charles Leclerc for pole position at the Red Bull Ring but was unable to join the fight after spinning out at Turn Five during the final minutes of Q3.

Hamilton lost control of his Mercedes car and was unable to stop himself from skidding into the barriers on the edge of the circuit, putting an end to his hopes of claiming pole position for Saturday’s sprint in Austria. Some fans were heard cheering in the stands in an unsavoury twist to the tale, though, leaving Wolff thoroughly unimpressed as he ran the rule over what happened in the immediate aftermath of the session.

“We just need to speak more to the fans cheering when a car is in the wall or booing a driver who gives an interview,” the Mercedes team principal told Sky Sports F1.

“It’s not what we would do with our competitors and enemies even though you would think there is some animosity out there. Nobody should actually do it, we need to work collectively with F1 and you guys to educate people.”

JUST IN: Verstappen mocks Hamilton with vicious dig in reply to Leclerc comment

It turned out to be a nightmare session in Austria for Mercedes, with George Russell also crashing out just moments after his Silver Arrows team-mate at the end of Q3. Verstappen went on to grab pole position ahead of Charles Leclerc and Carlos Sainz in order to secure a first-placed start for Saturday’s sprint event at the Red Bull Ring.

“These two should never beat themselves up because of this situation, crashing out,” added Wolff when quizzed on the Mercedes duo of Hamilton and Russell.

“We’ve given them a car that wasn’t on par for 10 races in a row and now we’re starting to come to terms and drive in front, it can happen that you just lose the car. I’d rather have a fast car and a qualifying like this than not having the pace to be in the top four.”

It remains to be seen whether Mercedes will be able to redeem themselves over the course of Saturday’s sprint event in order to secure better starting positions for this weekend’s race, which is set to be held on Sunday. The Silver Arrows showed plenty of pace before their drivers crashed out in qualifying and will be looking to trouble their Constructors’ Championship rivals for a welcome haul of points when the on-track action gets back underway in Austria.