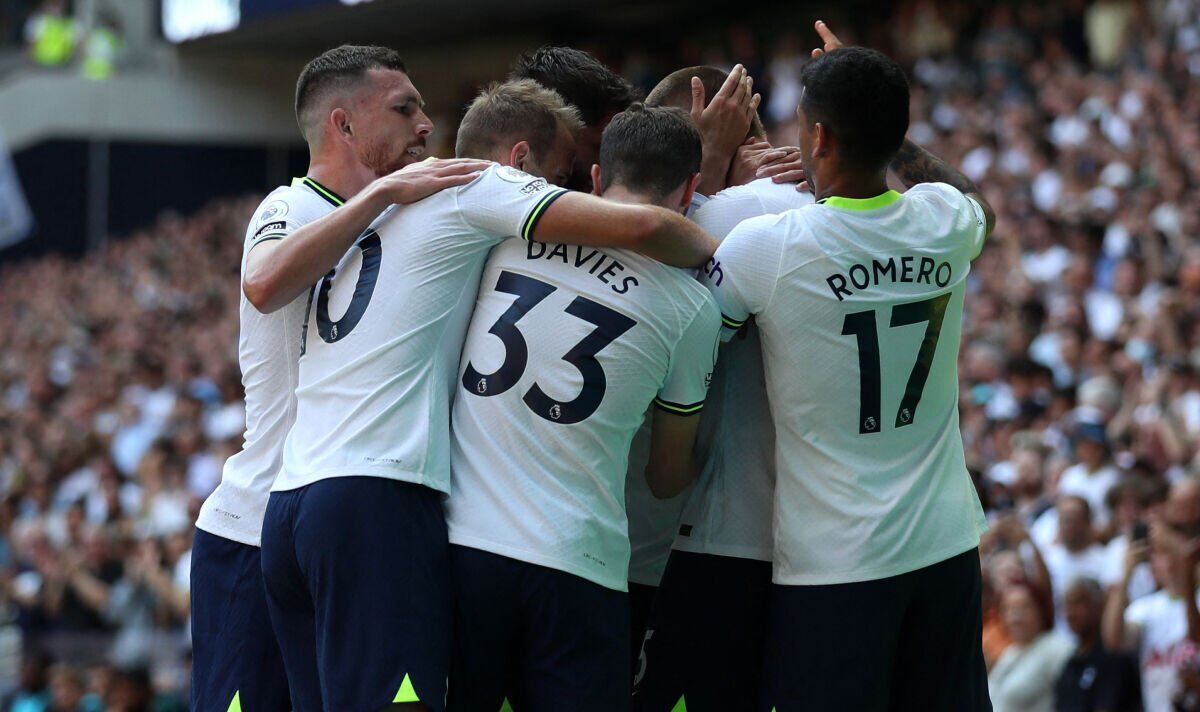 Tottenham kicked off their 2022/23 campaign in impressive fashion with a 4-1 victory over Southampton. Antonio Conte’s side went 1-0 down after just 12 minutes, but they bounced back quickly to lay down a marker to their other ‘Big Six’ rivals.

James Ward-Prowse swept home a sweet volley early on to give Ralph Hasenhuttl’s side the lead, but it took just nine minutes for Spurs to bounce back through Ryan Sessegnon. Central defender Eric Dier then glanced home a terrific header to put Conte’s side in front in the 31st minute.

Mohamed Salisu then threw his hat in the ring early doors for ‘mistake of the season’, striking the ball into the back of his own net from close-range despite being under no pressure from an opposition player. Dejan Kulusevski then swept home a fourth to round off a terrific display.

Conte will be pleased with how his side have opened the campaign and the manner in which they reacted to going behind early doors, though it wasn’t just their mentality that was the most noteworthy from the overall performance. Express Sport takes a look at four things learned from the match…

England international Ward-Prowse shone in central midfield for Southampton and justified why several top sides have been linked with the playmaker over the past few months. The 27-year-old has been cited as a transfer target  Manchester United, West Ham and Manchester City this summer, and his opening day performance may have been enough to prompt the aforementioned clubs, or others, to make a last-gasp attempt to secure his signature.

Ward-Prowse’s opener showcased his technical ability in front of goal, striking his volley into the ground and then into the far corner. But his overall play and willingness to break through the lines with his passing and runs caught the eye too, especially when surrounded by teammates who really struggled to meet the mark, though his reported £75million price tag could deter any general interest.

When Spurs announced the signing of Ivan Perisic from Inter Milan, many assumed that the Croatia international would slot into the left-wing back role instantaneously. However, Sessegnon’s performance against the Saints proved that he won’t just stand to the side and let that happen.

The former Fulham star featured regularly in pre-season and rewarded Conte’s faith in him for his opening day start with a goal, meeting a Kulusevski cross at the back post to head home.

Sessegnon showed great pace and energy down the left, impressing in both halves and proving a real handful for Kyle Walker-Peters to deal with. Perisic will certainly have opportunities under Conte, though he could be forced to sit and wait whilst his 22-year-old team-mate continues in this rich vein of form.

After making six summer signings, attention in north London has turned to selling four of their fringe players, though one of which started against Southampton: Emerson Royal. The Brazilian started at right wing-back, despite Matt Doherty and Djed Spence being named on the bench, and his time playing under Conte may not be over.

Royal will have been very pleased with his overall performance, with his cross forcing Mohamed Salisu’s own goal and then showing composure to cut the ball back to Kulusevski for his goal. The 23-year-old faces an uphill battle to get back into Conte’s good books generally, though the fact he started proved that there may be a belief that he could prove a useful asset if a potential suitor is not found in the coming weeks.

No Son, no Kane, no problem

Neither Harry Kane nor Heung-min Son failing to score for Tottenham is both a positive and a negative for Conte. Of course, the manager will have liked to have seen his two most valuable players starting the season how they mean to go on by getting on the scoresheet.

However, winning by four without either of the pair scoring will have shown that he does not need to be entirely reliant on the pair. Previously, if the duo have been out of sorts, Spurs have struggled to grind out results, but Conte appears to have found a balance where other clinical finishers can bound forward and influence the play.