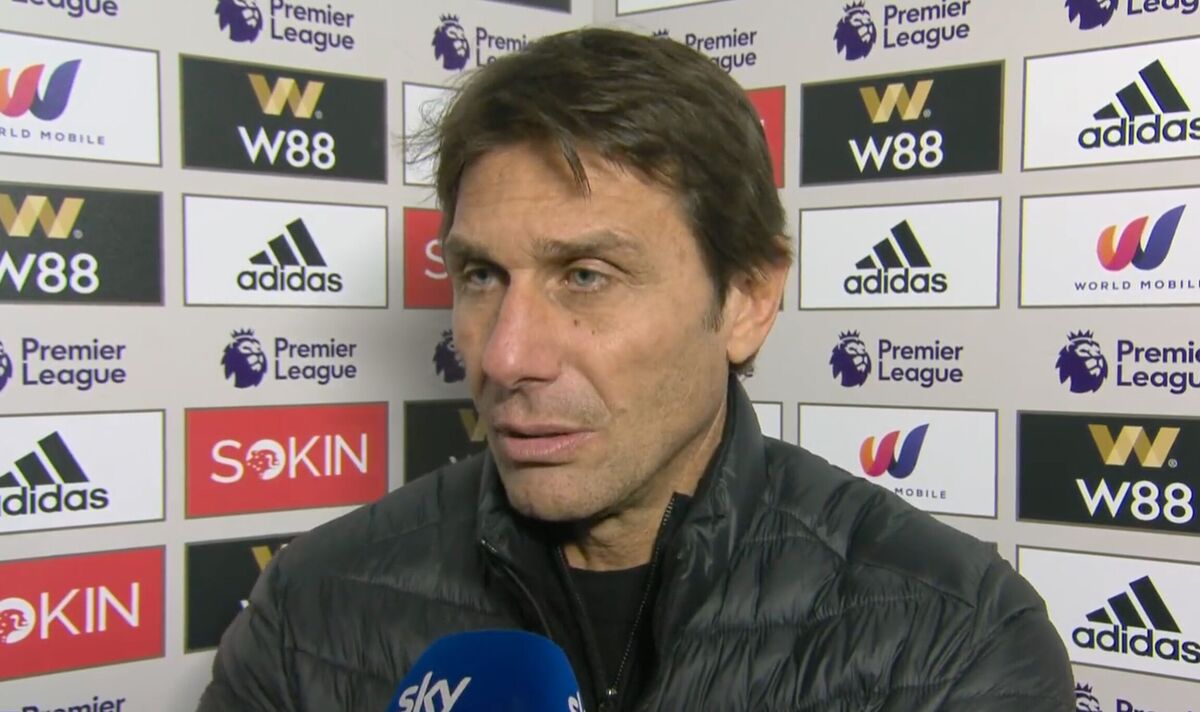 Antonio Conte has insisted he feels “proud” to be Tottenham manager after sending a direct message to the board and Daniel Levy over his future as the club’s head coach. The Italian was notably more jovial after watching his side beat Fulham 1-0 at Craven Cottage on Monday night to stay in the hunt for a top-four finish and suggested he wants to stay on in his role.

The 54-year-old was more subdued than his usual passionate self on the touchline, although he continued to bark out instructions as his side held on for a fairly comfortable 1-0 win thanks to Harry Kane’s goal.

The striker produced a moment of class just before the half-time interval, receiving the ball from Son Heung-min and striking a low effort into the corner on the swivel to go level with Jimmy Greaves on 266 goals for Tottenham in total on his 300th Premier League appearance.

Spurs lacked the attacking panache to go on and kill the game but looked like a Conte side as they battled to protect their lead, with the back three of Eric Dier, Ben Davies and Cristian Romero remaining solid.

READ MORE: Tottenham hero admits surprise at signing that Conte ‘does not want’

Conte had been linked with leaving his post at the end of the season, with his contract set to expire in June. But the former Chelsea manager reiterated his desire to continue working with the club, insisting he is “proud” to be in the Tottenham dugout as head coach.

“I am really proud to be Tottenham manager. I had the possibility of being the manger of an important club, it makes me proud and this has to be clear to everybody,” he told Sky Sports after the game.

“For this reason I want to fight until the end with my players. We are a team that works a lot and under this aspect I can’t tell anything about my players. In the last period, we were sleeping maybe because we we were losing some characteristic from last season.

“When I accepted to become Tottenham manager, I was happy and I am happy,” he added.

“In every moment and every second of my day, my first thought is for my player and club and to improve. And to make our fans proud of the team.

“The Premier League is not simple, it is difficult and there are many clubs ready to spend a lot of money for the team. We are in the right direction then we will see. The most important thing for me is to work with my players and to have a good relationship with the club.”

Spurs are now three points behind fourth-placed Manchester United having played a game more, with a home game against Manchester City to come after their FA Cup fifth-round tie with Preston North End on Saturday.