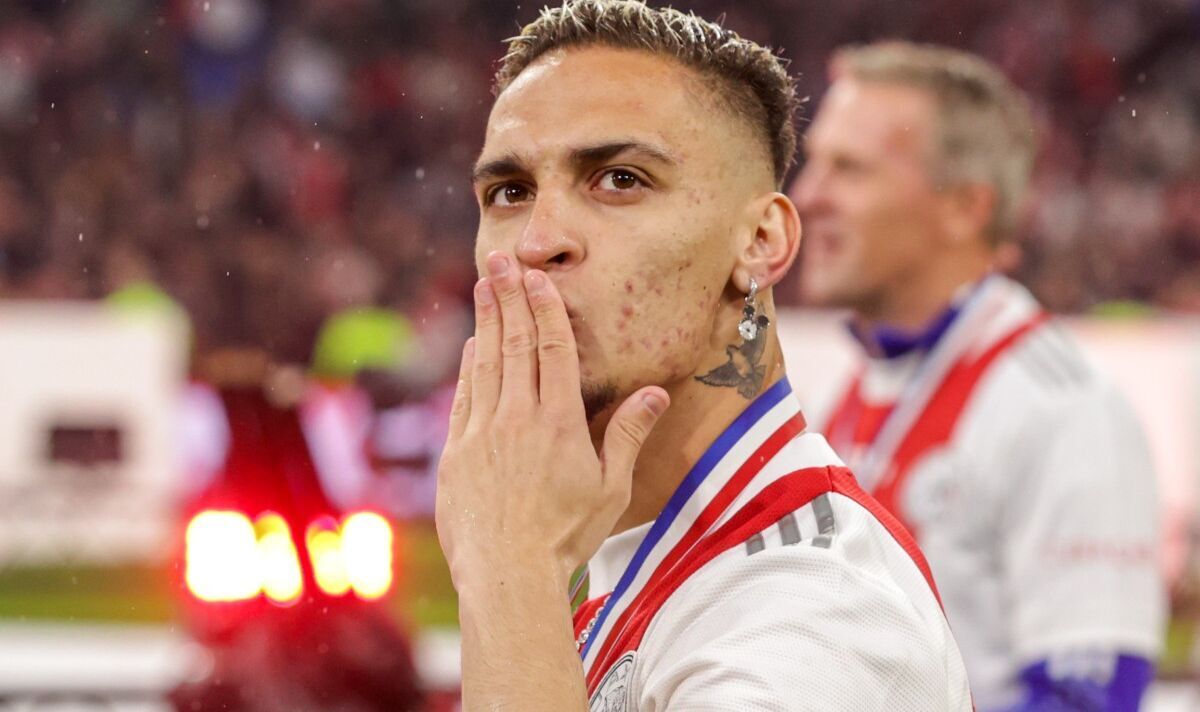 Tottenham could have an advantage in the race to sign Ajax winger Antony – in the unlikely form of their out-of-favour Brazilian Lucas Moura. Antony has been attracting interest from all over Europe following his superb displays in the Eredivisie last season, with the 22-year-old scoring eight goals and creating four assists.

Manchester United are another Premier League giant to have been linked with the player, but his future appears far from clear, with Ajax reportedly holding out for a fee of at least £50m for one of their prized assets.

Antony, of course, has worked with Red Devils boss Erik ten Hag in the past, and could be tempted to link up with his former coach once more. However, he also has a long-standing friendship with Moura, who has become an icon at Spurs due to his exploits in the 2018-19 Champions League campaign.

The compatriots know each other through Brazilian side Sao Paolo, who they both represented at various stages of their career. Speaking in 2018, Antony revealed that Moura had reached out to him to encourage him in his then-blossoming career.

He told Gazeta Esportiva: “I received many messages, but I received from a guy that his humility is without comment. It’s Lucas Moura, who is an idol in São Paulo.

“He gave me strength, tranquility. It’s always good to hear from an experienced guy to put into practice in the games. It’s a guy who inspires me a lot, through humility, work. I have to thank him a lot too.”

The opportunity for Antony to link up with a player he clearly looks up to could well help them if they do intend to land Antony this summer. However, Moura’s future is far from certain, with the 29-year-old struggling to establish himself in the team in the second half of the last campaign amid Harry Kane, Son Heung-min and Dejan Kulusevski’s fine form.

It is believed Spurs are open to offers for their No.27 – although they may wish to rethink this if it they are serious about signing Antony. In the meantime, United appear to already be making their move.

According to ESPN in Holland, they have decided to table a £40m offer. Separate reports in England suggest United chiefs have flown to Amsterdam to thrash out a deal with Ten Hag’s former club.

Ajax, however, would be seeing much more than the £40m on offer from United. They value Antony at upwards of £50m.