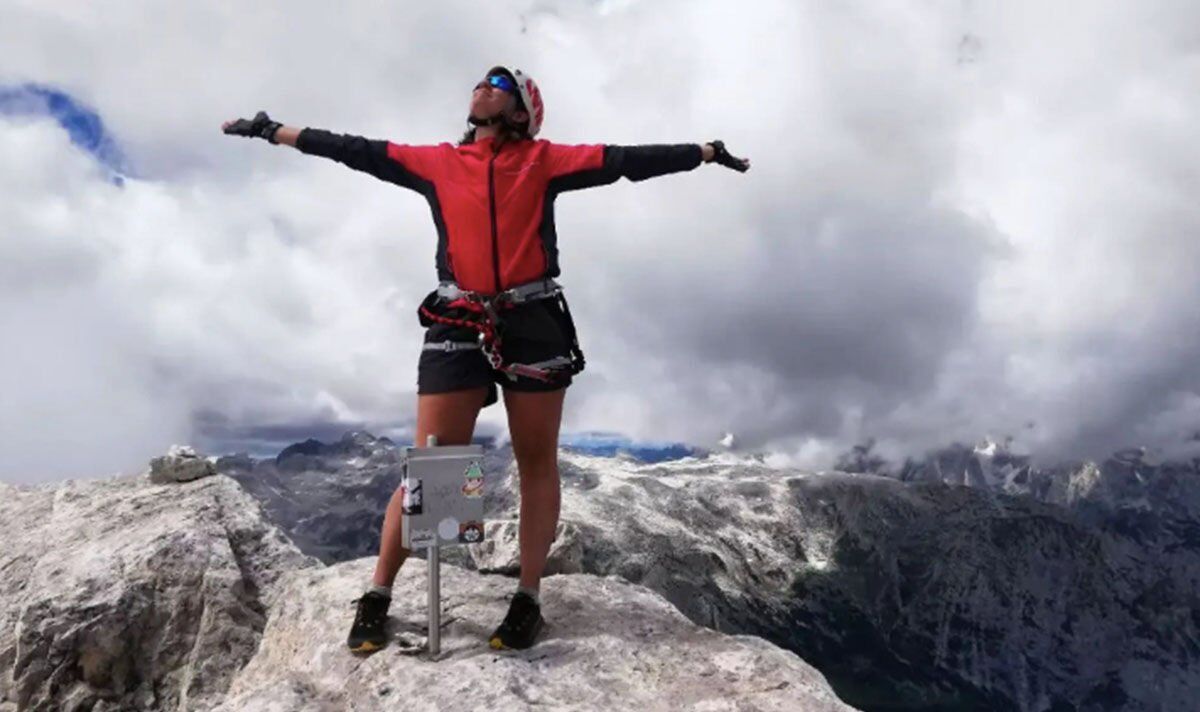 Tragedy as ‘screaming’ hiker plunges over 6,000ft to her death after slipping on ledge

A 26-year-old woman was found dead after she tripped and fell during a mountain hike with four friends on Sunday. The victim, Mariacristina Masocco from Feltre, Italy, was with four friends along the route that descends from Punta del Comedon (which reaches an altitude of 2,325 metres – 7627ft – above sea level) towards Passo del Comedon (which is instead located at an altitude of 2,130 metres – 6,988ft).

At one point, the friends of the 26-year-old heard a scream and never saw Ms Masocco again, so they immediately raised the alarm. When the mountain rescue technicians arrived on site, they could do nothing but ascertain the death of the young woman.

The community gathered in the pain of the family, the mayor of Feltre, Viviana Fusaro, said: “The news that arrived this evening of the tragic death of the young Mariacristina Masocco, which took place in the afternoon in the mountains, strikes us in a truly profound way.

“No words can soothe the intimate suffering of the mother, her younger sister and her friends in these hours, in a family already hit hard in the past. I want to express to them the sincere closeness of the whole city community, which joins in an embrace to their great pain.”

Masocco, “Mery” to friends, had been the barmaid of the local Crown Pub in Feltre for several years, after which she had started as a trainee lawyer.

In a few days, she would have had to take the state exam to become to all intents and purposes a lawyer. Very active in her community in Feltre, she had been a flag-waver before the City of Feltre Flag-Waver Group and then the Port’Oria District.

As recalled by the Palio Città di Feltre Association “Mariacristina had covered, with a great spirit of service, various roles of responsibility and she was ready to cover others again in the years to come”.

The Città di Feltre flag-waving group also joined in its condolences for her tragic disappearance: “She had immediately shown a great desire to learn and an extraordinary sense of commitment. We will always remember this extraordinary girl, athlete, friend, daughter and sister, who was a part of our big family for a long time.”

The community of Feltre has gathered in support of mother Angela and her younger sister Francesca.

After disembarking the helicopter rescue technician with 65ft winch at about 2,000 metres (6,562ft) above sea level, just below the Comedon Pass, the Pieve di Cadore Suem helicopter flew to take on board two Feltre Alpine Rescue technicians in operations support.

After tripping or slipping from the track of the north ridges, the girl had in fact tumbled west among the rocks for a few tens of metres ending up on an icy ledge.

Once an anchor was set up to complete the manoeuvres safely, the rescuers proceeded to recover the body, which was moved using the winch and then transported to the Feltre hospital.