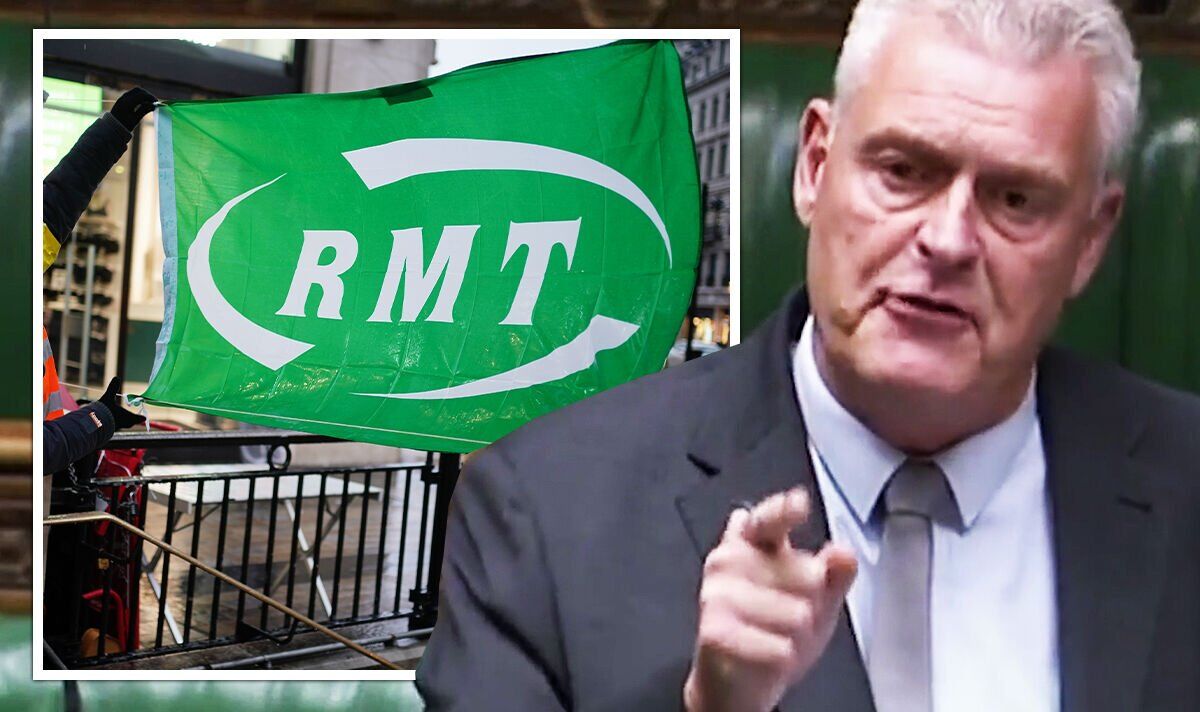 Ashfield MP Lee Anderson, one of the Tories to sweep out the Labour Red Wall in 2019 who was previously a Labour councillor and miner, issued his warning after texts were passed to Express.co.uk showing unions planning strike action may be working together. It comes as Transport Secretary Grant Shapps publicly called out Labour MPs for taking money from the militant RMT union which plans to bring the UK’s train network to a halt throughout the week.

A source linked to leftwing activist group Nurses United passed on What’sApp messages potentially linking train strikes this week with one for the NHS in the coming weeks.

In one message linked to Nurses United it said: “Shame on this Government for attacking people who actually need to work for a living. Nurses stand with train workers. And we know they will stand with us for our pay justice.”

Another message said: “Had plenty of support from RMT members basically saying ‘we will be there when you need us.'”

The comments come after Unison, the main union for NHS staff which is not directly linked to Nurses United, warned last week its members will go on strike unless they get a bigger pay offer.

Mr Anderson said: “It’s obvious the unions are plotting to undermine our Government. After the most testing two years since the war this country needs to come together to get back on our feet.

“The unions do not care about the hardworking taxpayers who have dug deep to keep this country going.

“All they care about is bringing down a democratically elected Government.”

Mr Anderson’s views are shared by many Red Wall Tory MPs as the country braces itself for a major rail strike all week followed by public sector strikes with unions claiming 11 percent inflation means that pay offers of 3 or 4 percent from taxpayers’ money is not enough.

Meanwhile, Conservative Transport Secretary Grant Shapps clashed in the Commons with Labour MPs accusing them of being funded by the militant RMT and demanding they join him in condemning the strike action.

At one point he accused former shadow Chancellor John McDonnell of being funded by the RMT.

He called on other MPs like Birmingham Perry Barr MP Khalid Mahmood and Sefton Central MP Bill Esterson to condemn the strikes – but was met with a shake of the head.

However, the RMT has insisted the strike is over pay with a demand their members receive at least 7 percent.

He said: “What we’ve come to understand is the dead hand of this Tory government is all over this dispute and the fingerprints of Grant Shapps and the DNA of [chancellor] Rishi Sunak are all over the problems on the railway.”

When will the train strikes end? [REACT]

The RMT strikes are likely to be just the first in a summer of discontent.

Over the weekend, Unison general secretary Christina McAnea said: “The government has a simple choice. Either it makes a sensible pay award, investing in staff and services and reducing delays for patients or it risks a potential dispute, growing workforce shortages and increased suffering for the sick.”

Teachers have also threatened to go on strike over pay with the National Education Union (NEU) suggesting it is preparing for industrial action.

Kevin Courtney, joint general secretary of the NEU, said: “If there is no significant improvement on 3 percent – which will leave an 8 percent gap with inflation this year alone – we cannot avoid a ballot. The mood among teachers has changed.”