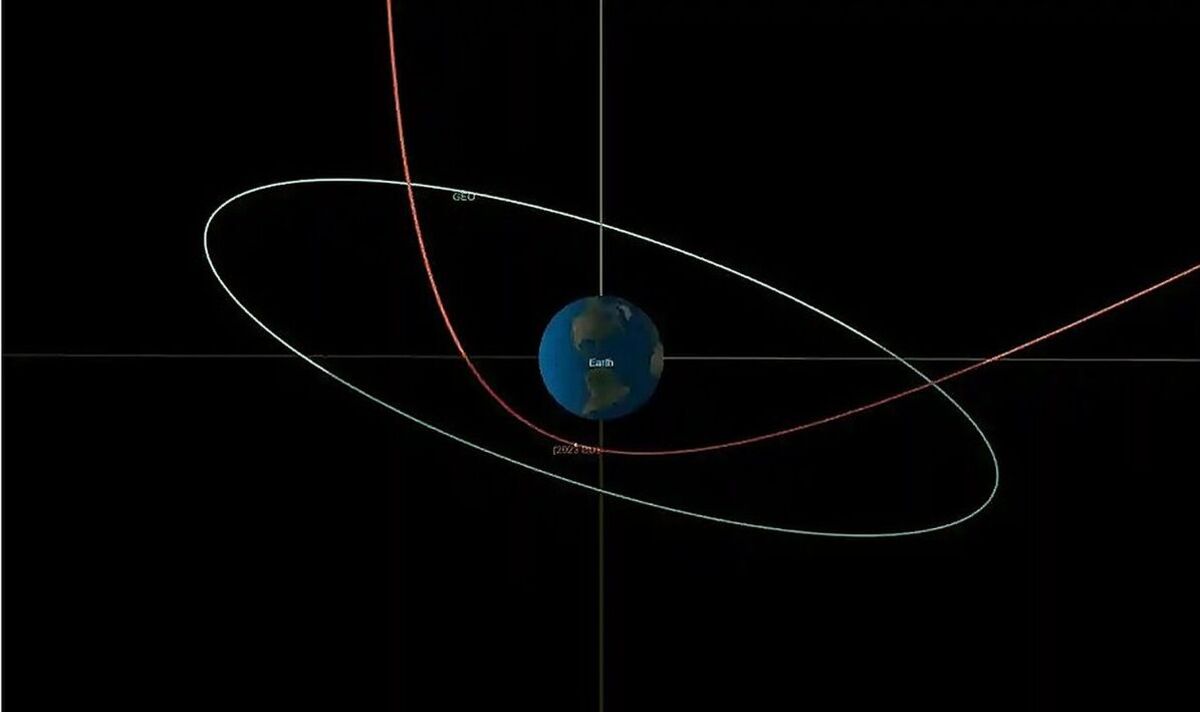 A truck-size asteroid will make “extraordinarily close approach” with Earth this week, scientists have claimed. The asteroid will be well within the orbit of geosynchronous satellites, according to the agency.

The agency further stated that it would be a near miss with no chance of hitting Earth.

Even if it came a lot closer, scientists said most of it would burn up in the atmosphere, with bigger pieces possibly falling as meteorites.

The agency did note that 2023 BU will come so close to the Earth that its path around the sun will be altered by the planet’s gravity.

“After its encounter, the asteroid’s orbit will be more elongated, moving it out to about halfway between Earth’s and Mars’ orbits at its farthest point from the sun,” NASA said in a statement.

Farnocchia said: “But despite the very few observations, it was nonetheless able to predict that the asteroid would make an extraordinarily close approach with Earth

“In fact, this is one of the closest approaches by a known near-Earth object ever recorded.”

The asteroid was discovered four days ago by amateur astronomer Gennadiy Borisov, from his MARGO observatory in Nauchnyi, Crimea, NASA said.

READ MORE: Earth’s inner core may have started to spin in the opposite direction

Within a few days, dozens of observations were made by astronomers around the world, allowing them to refine the asteroid’s path.

That path will be altered by drastically by Earth’s gravity as it passes.

Instead of circling the sun every 359 days, it will move into an oval orbit lasting 425 days, according to NASA.