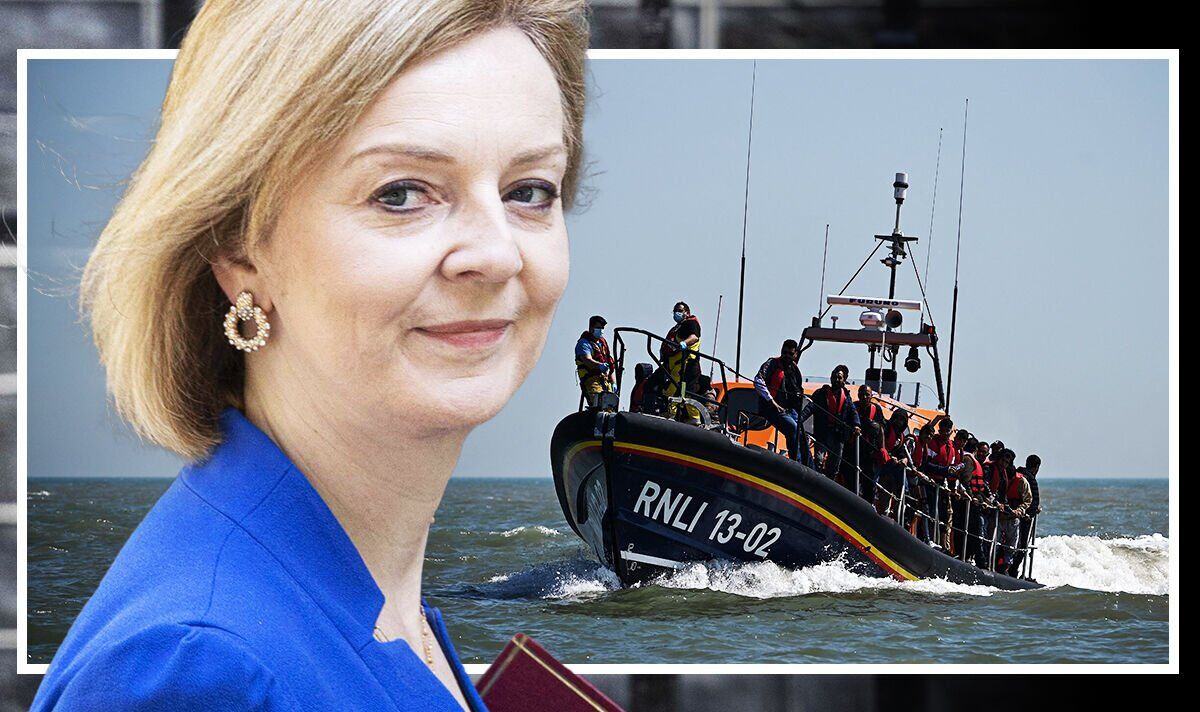 She said: “When I led the joint committee on human rights to Strasbourg last week were repeatedly told that threats by the UK to withdraw from or even disengage from the European Convention of Human Rights risk giving succour to Eastern European states including Russia who don’t have the same respect for human rights and the rule of law as the UK has historically had.

“So will he tell the Prime Minister to tone down his veiled threats to the convention and her more excitable backbenchers to back off?”

Ms Truss though slapped down the question highlighting how the UK has led the way with Russia.

The Foreign secretary replied: “I honestly thought the Honourable lady would welcome the fact that the UK led in kicking Russia out of the Council of Europe and holding them to account.”

But she did not make any comment on the UK’s continued involvement with the ECHR.

It comes after the Prime Minister acknowledged that the UK could withdraw after the court overturned the UK’s Supreme Court and blocked a flight to Rwanda of illegal immigrants.

The ECHR did not hold an oral hearing and has not even published the name of the judge or judges who made the decision.

Home Secretary Priti Patel, who is trying to break the human traffickers business model by relocating asylum seekers in Rwanda, described the decision as “scandalous.”

READ MORE: ‘Give up your palaces for migrants’ Tory MPs demand of Archbishop

The Government is trying to stop the flow of thousands of illegal migrants coming over the English Channel in small boats.

Many end up in sweat shops or forced prostitution in modern day slavery.

They are trafficked by people smugglers who use the trade in human cargo to fund organised crime and terrorism.