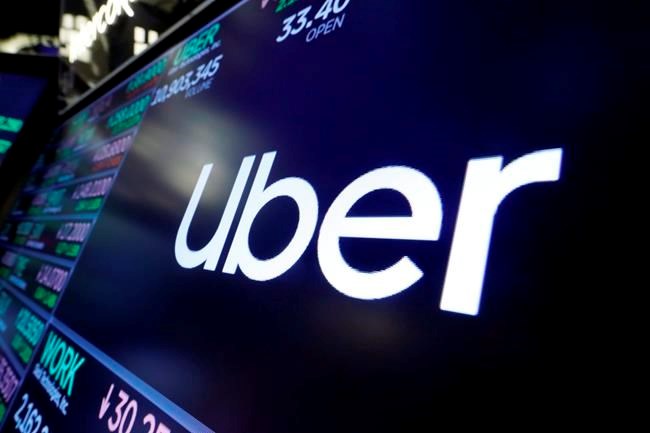 TORONTO — Uber Technologies Inc. has filed to dismiss a complaint by the Canadian Union of Postal Workers at the Ontario Labour Relations Board about a deal the tech giant reached with another union.

CUPW filed an unfair labour practices complaint in mid-September, alleging that Uber interfered with its union push among drivers when the ride-hailing company signed a novel agreement with the United Food and Commercial Workers Canada in January.

The agreement allows the union to provide representation, if requested, to about 100,000 Canadian drivers and couriers when facing account deactivations and other disputes with Uber, but does not unionize them.

Uber and UFCW jointly cover the costs of representation with no fees charged to workers.

CUPW claims the agreement was formed without worker input and that Uber used its app and email list to promote the agreement to drivers and couriers.

In its filed response, Uber says the complaint by CUPW should be dismissed because the company has not violated the Labour Relations Act and because the union took too long in raising its concerns about the agreement.

Uber also says in its response that it was not aware that CUPW was even trying to unionize Uber drivers and asks for further details about the efforts.

It says a lack of details in CUPW’s complaint prevents it from providing a meaningful response to a number of “bald and conclusory allegations.”

This report by The Canadian Press was first published Sept. 29, 2022.