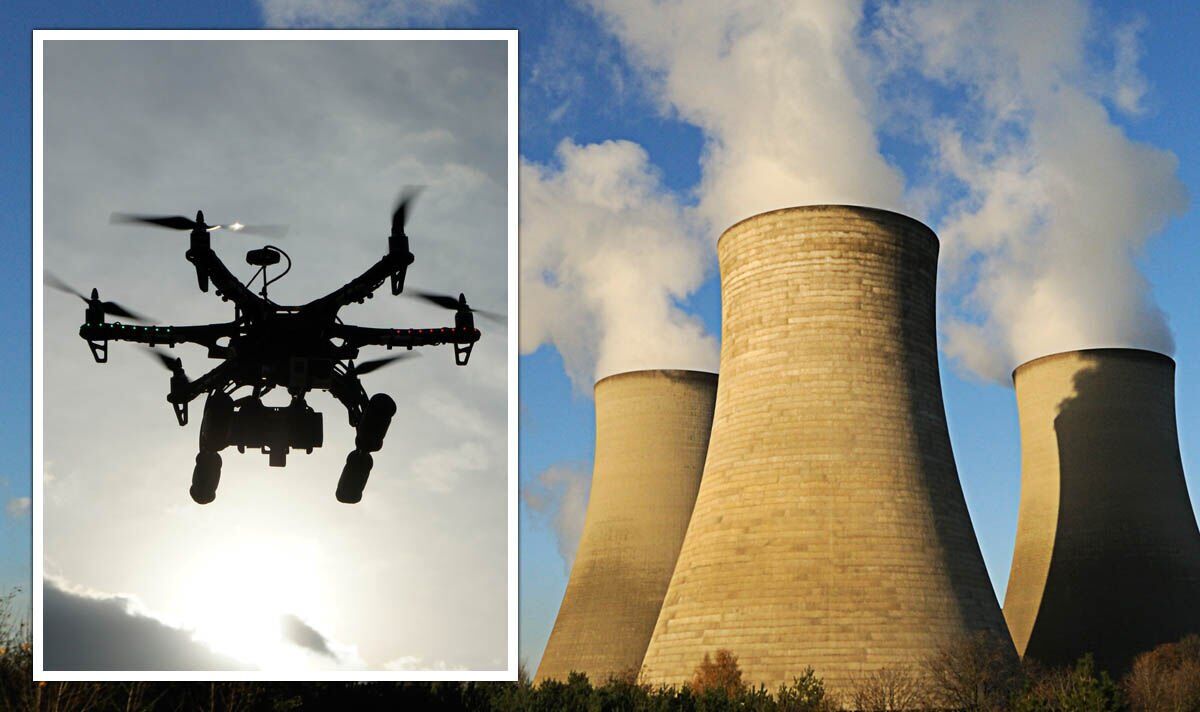 UK nuclear power plants are to be protected by anti-drone detectors as there is a “growing” threat of terrorists using the devices. Major public events such as King Charles’ upcoming coronation, the Commonwealth games and the Eurovision song contest will also be covered by the Home Office’s £8 million project to protect against aerial attacks.

Counter-drone technology will be used to protect the UK against attacks on nuclear plants as well as transport hubs, oil rigs and other sensitive infrastructure as the “devastating” technology faces “increasing” risk of being used by terrorists, Express.co.uk understands.

The systems enable police and security services to track any small or medium-sized drone, using scanning technology to spot the potential threats even when they are not emitting a signal.

They are tipped to enable law enforcement agencies to better police no-fly zones around restricted sites.

Jack Holland, Professor of Global Security Challenges at the University of Leeds, warned of the increasing dangers of drones, telling Express.co.uk: “The ubiquity of drones has hugely increased the likelihood of their use in a range of theatres, including domestic terrorism. Recently, drone use in Ukraine has shown how important and devastating this relatively low cost technology can become, with fairly simple modifications.

“These aren’t the kind of drones (RPAS/UAVs) we were used to seeing in Afghan skies during the War on Terror, but rather relatively inexpensive, everyday drones which can be modified. In the UK, we are already used to seeing football matches stopped by drones. The UK is correct to take this new threat seriously.”

He added that “as the technology improves and becomes cheaper, the risk of drones being used increases,” warning that drones should now “be understood as part of the landscape of threats the UK faces.”

Drones have already shown their ability to disrupt major events or other parts of British life. In January 2019, around 1,000 flights had to be cancelled over three days after an unauthorised drone entered Gatwick’s airspace.

A drone also recently interrupted a Premier League fixture between Southampton and Aston Villa, with the referee halting the game and urging the players off the pitch. The pause to the game was due to the risk of the drone illegally recording it, as well as the possibility of a terrorist attack.

Drones have seen used in Russia’s invasion of Ukraine as well as other warzones.

In August 2018 there was an attempt to assassinate Nicolas Maduro, the president of Venezuela, with two small drones carrying explosives that were detonated as he delivered an outdoor speech.

Dr Michael Boyle, Associate Professor in the Department of Political Science at Rutgers University, told Express.co.uk that while the risk of terrorist drone attacks was “growing”, the risk is “not enormous compared relative to other modes of attack.”

He said: “There is considerable evidence that terrorist groups like Hezbollah and the Islamic State have mastered the use of drones for attack in the wars in Iraq and Syria, and it’s natural to assume that groups like the Islamic State or al Qaeda who have a clear intention of striking Britain would use drones to do so.”

However, he said that “it’s harder than it first appears to do this. Getting a commercial drone and weaponizing it is not easy and risks some detection.”

The professor said that while the risk is “plausible”, we shouldn’t “overstate” it, saying that terrorists may still find it easier to use guns or improvised explosive devices for attacks.

A Home Office spokesman said: “The Home Office works closely with police to ensure they can deter, detect and disrupt the misuse of drones and keep the public safe. We are empowering the police and other operational responders through access to the latest advances in counter-drone capabilities, training, and appropriate legislative powers. However, it is a long-standing policy that we do not comment on security arrangements.”

Anyone with a drone that is either over 250 grams or has a camera has to register it with the Civil Aviation Authority (CAA), for which they get a number that has to be displayed on their device. Currently, around 300,000 people have registered.

Drones are banned from flying within 150 metres of built-up areas. Air space restrictions that apply to planes also cover drones, banning them from airports, nuclear power stations, royal palaces and other similar sites.