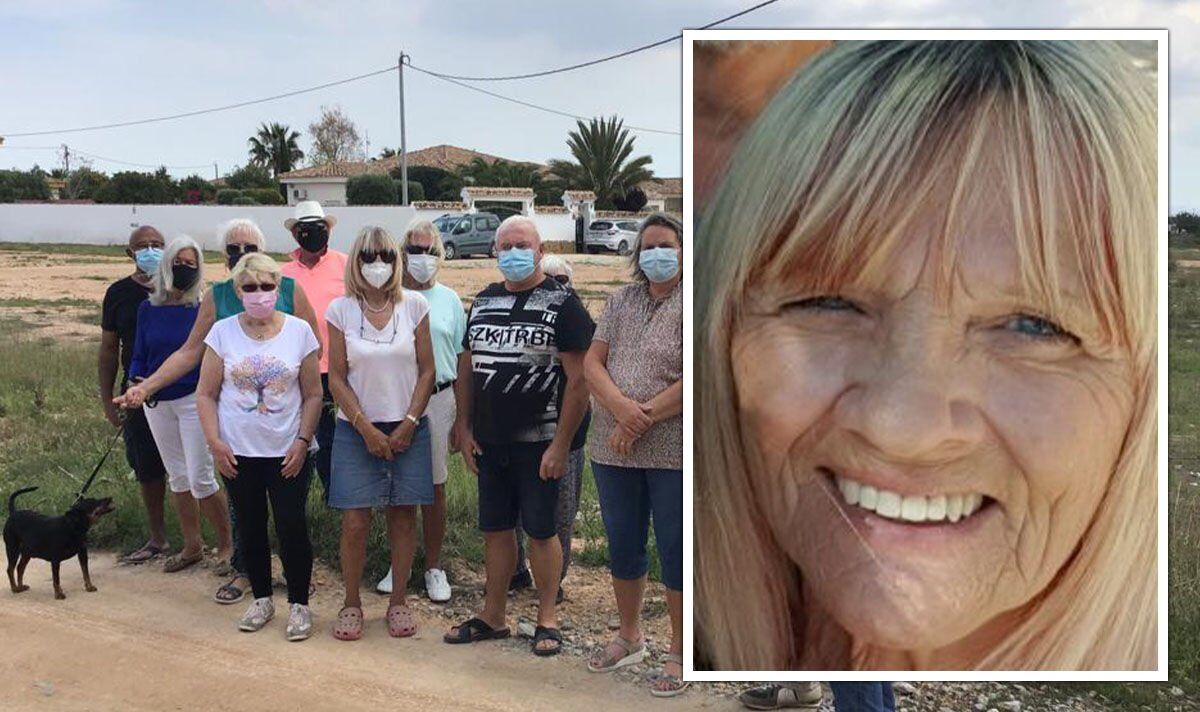 Spain is home to one of the world’s largest groups of expats, with thousands of UK citizens upping sticks to the Iberian nation, lured by its sunshine, beaches and rich culture. However, for one group of elderly Britons, their Spanish retirement dreams have morphed into a collective nightmare. A neighbourhood of around 200 mostly British pensioners in the southeastern region of Murcia are facing dire living conditions after being left without electricity or fresh running water at their homes.

The expats, who live in the village of Gea y Truyols, are battling to secure legal protections for their properties, due to longstanding town planning issues, which mean their homes cannot receive basic utilities.

One of those affected is Linda House, a retired personal assistant from Essex, who moved into her home in the area with her late husband Vic in 2003.

Linda is one of several expats who bought homes in the area without realising they had been built without planning permission, meaning they are considered illegal under Spanish law.

JUST IN: Prince William ‘furious’ after Kate ‘ridiculed’ on frontline of Firm

The expats claim they received assurances from lawyers and local officials when they moved in that their properties were legally sound.

To resolve the situation, Linda and some of her fellow expats have been holding meetings with Murcia Town Hall.

They have also set up a pressure group to deal with their property troubles called AUN Murcia, which Linda helps lead.

Unlike some of her neighbours, the retiree has managed to get some form of electricity supply at her property.

However, she is still not connected to the water mains and must rely on a supply of agricultural water used by local farmers to irrigate their crops, which is not fit for drinking.

Linda’s nearby neighbour Keith Willis, 71, is in a similar situation, as his home was also built without planning permission.

The retired Heathrow Airport worker from Windsor, who has lived in Spain for 21 years, has also spoken out about his living conditions.

He resorted to installing expensive solar panels to power his home, and had a series of filters fitted to remove the brown sediment in his tap water.

Speaking to Express.co.uk, he said: “The water’s the worst thing.

“But then we just buy our water from the supermarkets in bottles and cook with that and use it for making coffee.

“We wash up and have showers in the agricultural water.”

Local Spanish lawyer, Gerardo Vasquez, who is aware of the expats’ situation explained why they do not have access to proper electricity and water supplies.

“Therefore, it can be used and you can connect to services like electricity and water but those houses don’t seem to have that.”

Murcia Town Hall did not respond to multiple requests for comment.

A Foreign Office spokesperson told Express.co.uk: “We closely engage with the Spanish government and regional governments on matters relating to UK nationals’ rights.

“We encourage any UK national in need of consular assistance to get in touch with their nearest embassy/consulate or call the 24/7 phone line for support.”