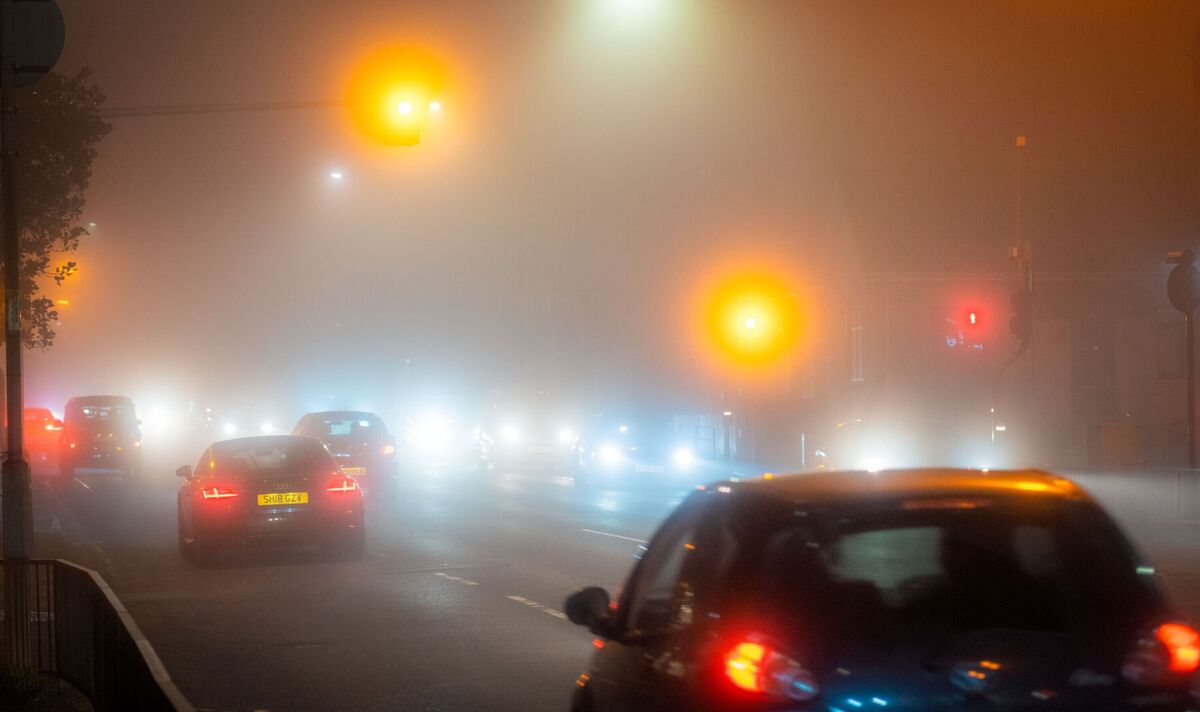 From 4.20am to 10.30am, the warning will be in force, notifying commuters and motorists of potential delays. Those who use public transport in the morning have been told to expect slower journeys and delays to bus and train services.

Meanwhile, motorists have been warned by the Met Office that “freezing fog will lead to difficult driving conditions”.

The Met Office warned: “Areas of freezing fog have formed and will be dense at times and slow to clear from places today.

“Visibility as low as 50 to 100 meters is likely in a few areas and some untreated surfaces could turn icy, this combination resulting in potentially difficult driving conditions.”

According to the UK’s national weather service, when visibility falls below 50 metres, severe disruption to transport occurs.

Road users are encouraged during foggy weather to allow for extra time for their journeys and to plan ahead.

Motorists should reduce their speed and have dipped headlights as full-beam lights further impair visibility as they reflect off the fog.

Other advice includes using fog lights, watching your speed as fog can create the feeling that you are moving slower than reality, and to keep a big enough distance from the car in front.

Fog is created when moisture in the air is cooled to its ‘dew point’, when air will condense from water vapour to droplets, in a similar way to hot steam from a shower on a cold mirror.