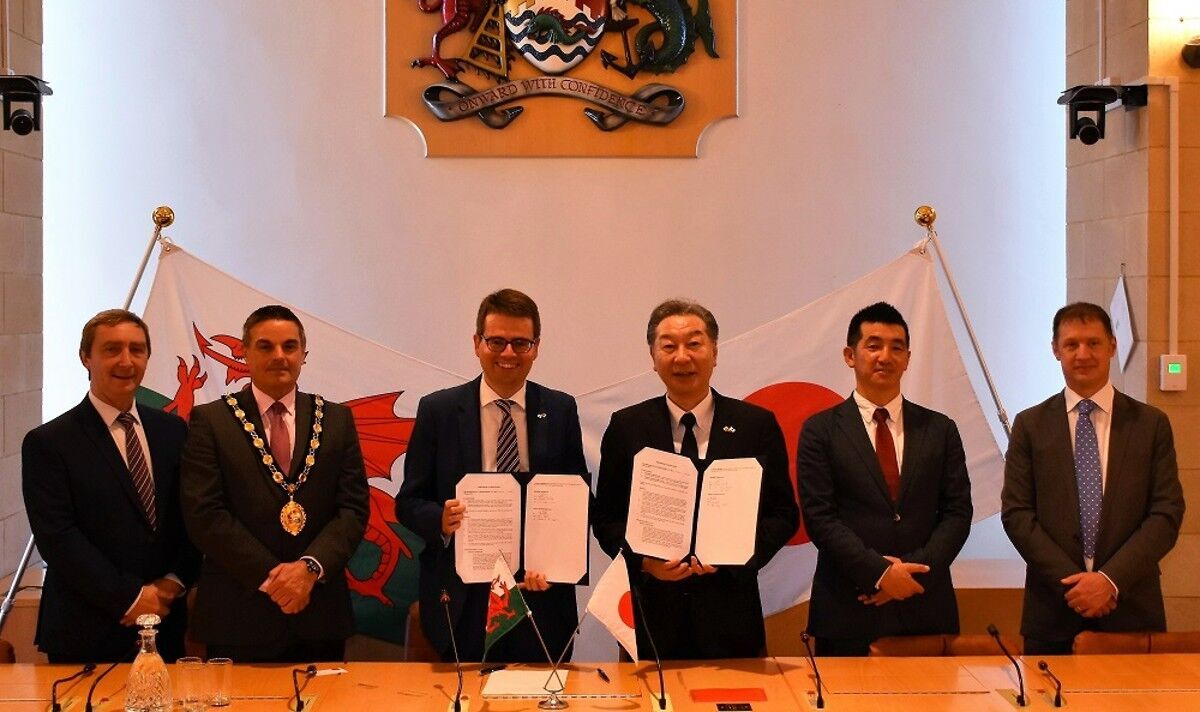 The local council of Bridgend in Wales has signed a memorandum of understanding with Marubeni, a Japanese green energy specialist company. The agreement sets out proposals to develop a new 5MW-class green hydrogen initiative after the company decided to pick Wales as the preferred UK location for a green hydrogen demonstrator project. This initiative aims to create a green hydrogen energy plant that is capable of generating and balancing the supply and storage of low-cost green energy.

Hydrogen has also been proposed as a fuel for heavy-duty, long-distance transportation — as well as a way to store electricity produced by intermittent renewable energy sources like solar and wind power.

Through this deal, the Welsh Government hopes that the project would generate clean fuel for fleet vehicles ranging from council gritters to recycling and refuse collection lorries.

The company is also trying to figure out how hydrogen fuel might be used to heat buildings such as schools, residential homes, and local swimming pools.

Julie James, Minister for Climate Change, added: “This is an exciting and ambitious project that has the potential to contribute to our net zero ambitions, and we are delighted to witness this memorandum of understanding between Marubeni and Bridgend County Borough Council.

“The impact of recent rises in energy costs has underlined the importance of developing indigenous, cleaner, greener energy sources.

“Initiatives like the hydrogen demonstrator project are important in providing evidence of a clean energy for Bridgend County Borough Council and for Wales, and I am pleased that the council is working on this alongside a leading expert in renewable energy.”

The UK has been making large strides in developing hydrogen vehicle technologies after the startup Tevva unveiled the first hydrogen fuel cell-supported heavy goods vehicle (HGV) that is set to be completely manufactured, designed and mass-produced in the UK.

The company, which has so far raised £140million, has added a hydrogen fuel cell system to its current battery-electric HGV design.

The firm’s chief executive and founder Asher Bennett told the PA news agency: “We believe that Tevva’s hydrogen-electric truck will be a popular choice for fleet operators across the UK, Europe and eventually North America.”

According to Tevva, one advantage of using hydrogen fuel cells to boost the range, rather than act as a primary source, is that it allows the truck to be equipped with “smaller, cheaper and lighter fuel cells and operate these at the highest possible efficiency.”