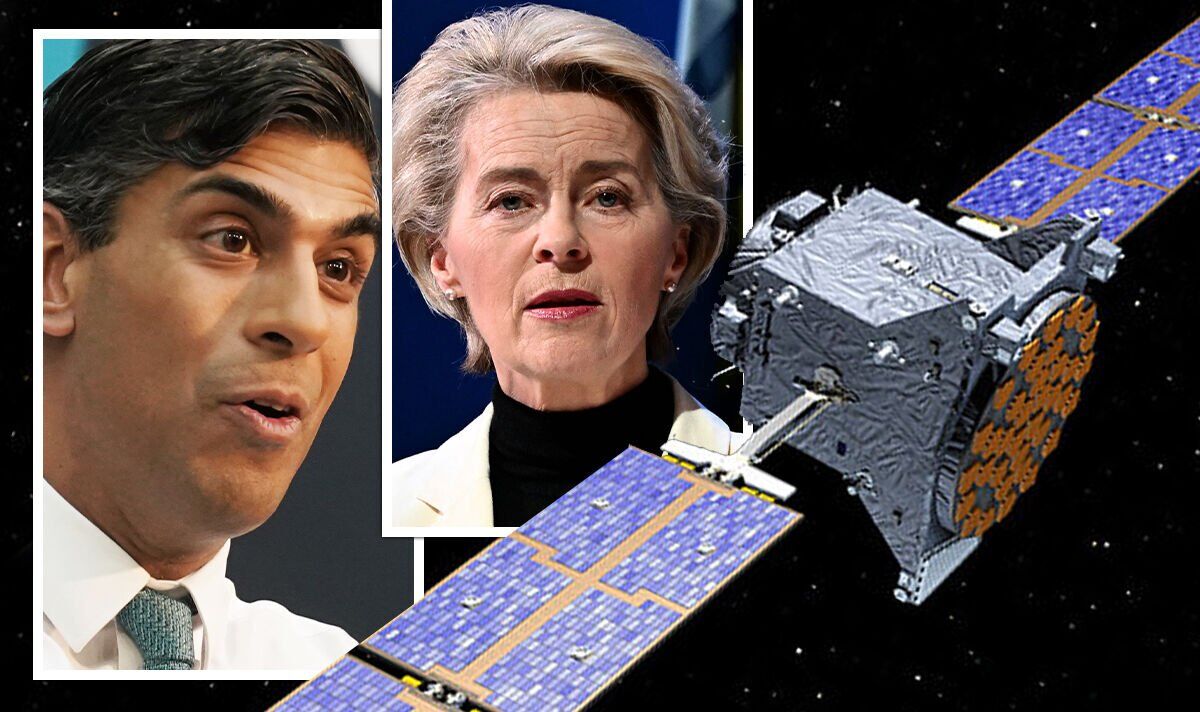 The UK could soon rejoin the Galileo project, as the war in Ukraine pushes further collaboration between countries, Express.co.uk understands. Britain left Galileo after Brexit, the EU’s £8billion satellite constellation which provides position, navigation and timing (PNT) services and is intended to rival the US’ Global Positioning System (GPS). However, as Western countries work together to help Ukraine fend off Russia’s invasion, aerospace expert and senior member of the IEEE Paul Kostek believes that this collaboration could see the UK rejoining the EU project.

When asked whether the Ukraine war could cause European countries to collaborate further and make way for the UK rejoining the project, he said: “I would expect that.

“You see, the Chinese are building their space station, and the Russians are collaborating with them. The US is figuring out its plans to replace the ISS. My expectation is that that’s the most effective way to get things done. You actually use the skills that other places have in terms of technology to be able to build projects.

“I think the concept of saying ‘this is totally mine’ isn’t going to necessarily work that way. I think that people, especially neighbouring countries, that are dealing with environmental issues, are going to want to be able to conduct Earth monitoring and share that information.”

Galileo has been operational since December 2016, and in total, the constellation will consist of 30 satellites, while the ground segment contains control centers located in Europe, and a network of sensor stations and uplink stations installed around the globe.

The EU Commission noted that authorised users of EU Member States, such as defence, civil protection services, customs officers, police, can use the public regulated service.

They described this service as “particularly robust and fully encrypted to provide service continuity during emergencies or crisis situations,” adding that “Galileo ensures the sovereignty and independence of Europe in the fields of Navigation and timing.”

Mr Kostek added: “I think there’s going to be a greater need for people to work together. Maybe the positive thing that comes out of Ukraine is that people have come back together to start working again.

“People are realising that they’re all still tied in together, so think that there are still some opportunities… for all sorts of partnerships from taking place.”

Weeks before Russia‘s invasion of Ukraine, David Morris, Conservative MP for Morecambe and Lunesdale told Express.co.uk that he believes the UK will likely rejoin the project, especially over concerns in Russia and Ukraine.

Now serving as the UK’s National Space Champion, he said: “I’m still of the fervent opinion that people in the room will get together at some point and look at world security, especially in Ukraine.”

He hoped that if a skirmish took place in Ukraine, it would “sharpen everyone’s attention” and it would “make everyone reevaluate their intelligence resources.”

“One of them will be this [Galileo]. Cyber security is really high up there. We need to be in a position to be ready for if that happens. I think we’ll step back from the brink and the grown-ups in the room will calm it all down.“

Mr Morris accused EU countries of currently “posturing” over Brexit, claiming that political tensions are likely to calm down once the French elections are over.

“They’re all posturing at the minute. We’ve just got to wait. In my observation, the space industry in Europe is quite integrated. We all work together and have been through Brexit.

“When it comes down to the actual mechanism and making things works, we do work closely and we have done it for decades. I think at the minute there’s a lot of posturing with Brexit going on. I’m talking about the political side of things.

“There’s a lot of sabre-rattling going on. To be fair to the space industry, it has more resilience in its connections with business between EU and states like the UK.”