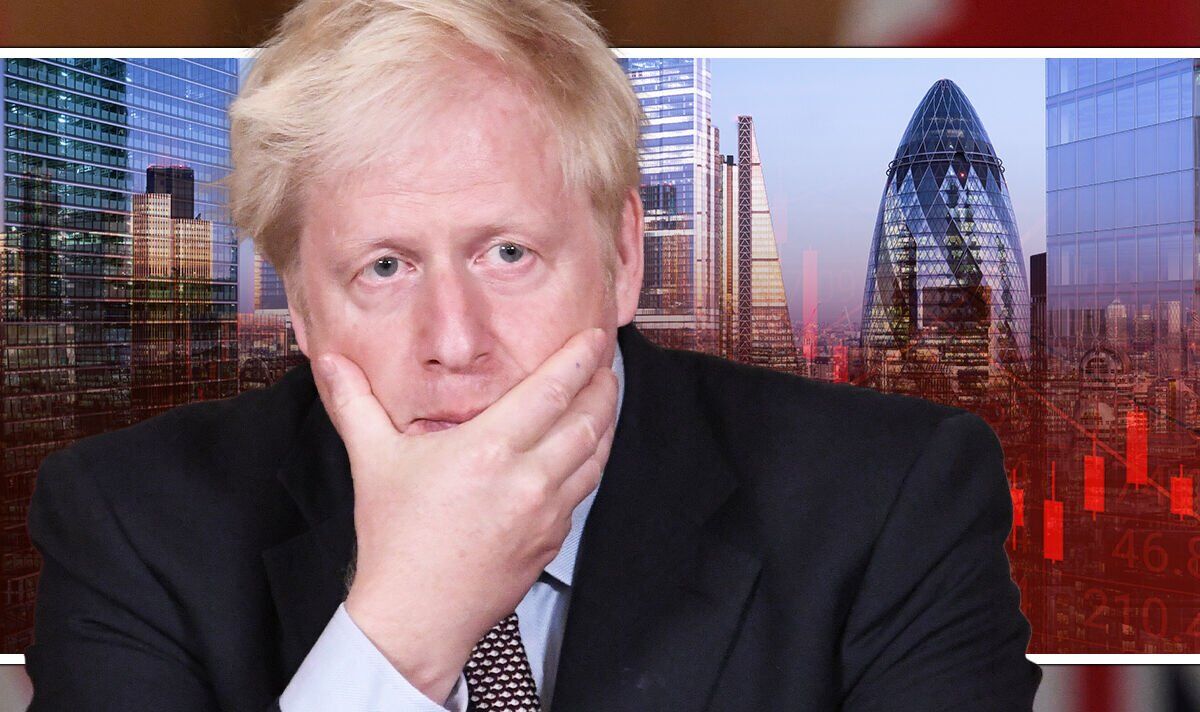 Britain has been gripped by a brutal cost of living crisis, triggered largely by Russia’s war in Ukraine, which has seen the cost of everyday essentials and prices at fuel pumps throughout the country skyrocket. The UK economy shrunk by 0.1 percent in March, and economists are warning of further contractions throughout the course of this year. Inflation has soared above nine percent – a huge 40-year high – with the Bank of England last week raising interest rates by 0.25 percentage points to 1.25 percent, warning inflation is expected to peak above 11 percent later this year.

The Financial Times’ “City Network”, a forum of more than 50 senior executives from finance, business and policymaking, have painted a dark picture for the UK’s under-fire economy.

“Even if we miss a technical recession, we see a weak outlook for growth. Stagnation is a clear possibility.”

Anne Richards, chief executive of investment manager Fidelity International, warned the key risk of economic stability was “stubbornly high inflation, even as demand slows, which forces the central bank to keep hiking into a sustained and deep recession”.

Economists are becoming increasingly fearful the UK will sink into recession, with the Organisation for Economic Co-operation and Development (OECD) cutting its UK growth forecast for 2023 to zero – the lowest in the G20.

Paul Drechsler, former president of the CBI and chair of lobby group London First, warned major economies are likely to be battered by a recession – but the “key questions are how deep and how long”.

Sir Win Bischoff, a senior banker and former chair of Lloyds Banking Group, warned policymakers must quickly decide whether to pursue a “short, sharp shock or a slow but ultimately more painful reduction in GDP”.

He said: “Central bank orthodoxy almost universally would suggest the former but political sensitivities incline towards the latter.

With inflation set to rise in the autumn to as high as 11 percent according to the Bank of England, alongside continued energy cost hikes and disruption because of war in Ukraine, many City bosses identified the threat of sustained economic pressure.

Despite the crippling cost of living crisis, Andreas Utermann, chair of Swiss investment group Vontobel and former chief of Allianz Global Investors, warned “almost everyone is underestimating the inflation risk”.

City leaders have also warned the type of economic downturn triggered by supply side shocks was not something that had been seen by most managers and investors.

Mr Richards said: “The natural inclination of company boards, embedded over their experience of the last several decades, may well be to make short-term decisions based on the environment we are leaving behind rather than the one we now face, and as a consequence pivot too late.”

Mr Bischoff also warned the experience of dealing with a recession “lies far in the past in the minds of by now retired managers and mistakes are bound to be made by their successors”.

Former BT and KPMG chair Mike Rake fears the Government has been side-tracked by its own problems and doesn’t appear to have a clear strategy for handling a possible damaging economic downturn.

He said: “It seems to be distracted by divisions within its own party and short-term politics seemingly aimed to divide rather than unite the UK whilst damaging our reputation and influence internationally.”