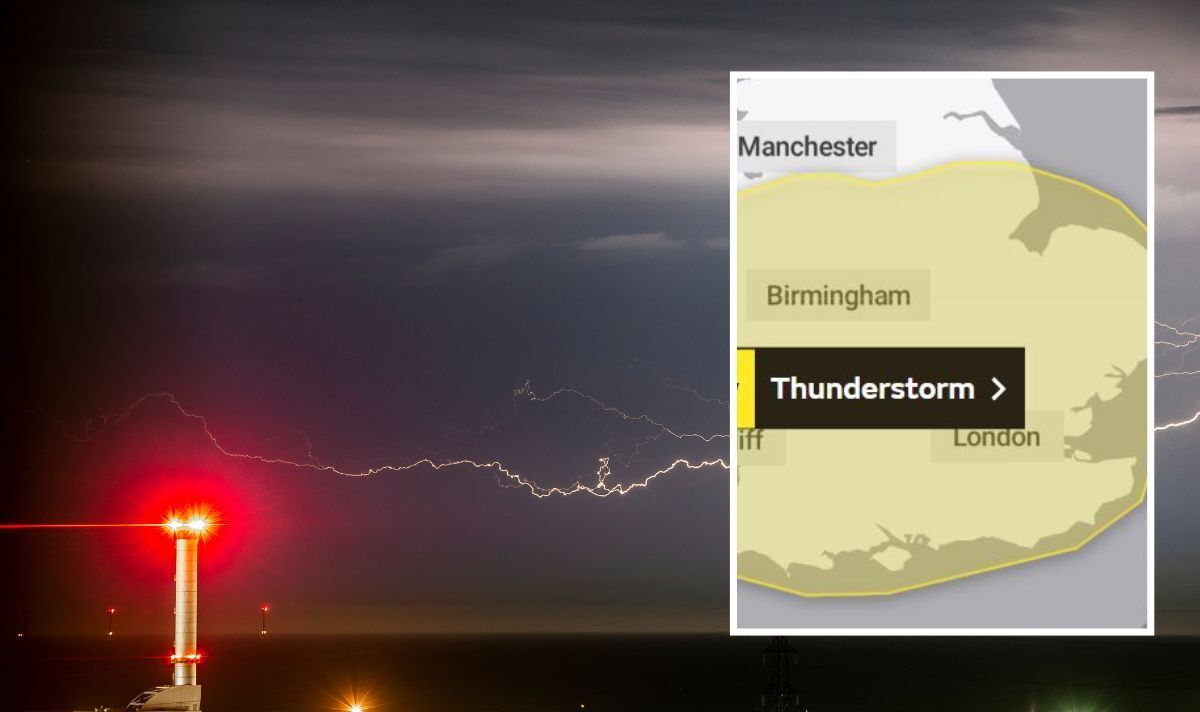 Jim Dale, senior meteorologist at British Weather Services, told Express.co.uk large swathes of the country could be hit by dramatic thunder, lightning and heavy downpours anytime from 11am onwards. Today’s storms are also predicted to cause flooding, with up to 60mm of rainwater falling in the space of two to three hours. Mr Dale said: “There will be sporadic outbreaks with central southern, the south coast, east of the Isle of Wight, Greater London, the Midlands and northern England being hit. This can be anytime from 11am onwards.”

His insight follows from the Met Office’s 14 hour yellow thunderstorm warning for much of the country in place from 10am until midnight.

This too also covers most of the country, from the south east to west, and goes as further north as Lincoln.

There are more than 70 regions and local authority areas blanketed by the warning.

The forecaster is expecting flash flooding could happen to some homes and businesses, with damage potentially caused to some buildings.

The Met Office added: “There is a small chance of fast flowing or deep flood water causing danger to life.

“Where flooding or lightning strikes occur, there is a chance of delays and some cancellations to train or bus services.”

It also warns of impaired driving conditions which may lead to some roads being completely cut off, stopping residents from leaving their homes.

Trains across the country are set to be far quieter than usual anyway as a second day of strikes forces around 80 percent of services to a halt.

“The exact location of the thunderstorms will be hard to pinpoint, so the warning area will be kept under review and updated if necessary.”

The storms will be short lived as tomorrow (June 24) temperatures are set to sit at around 22C for central London and the Midlands.

Next week, the country may also be set for an increase in temperatures as parts of Europe begin to heat up.