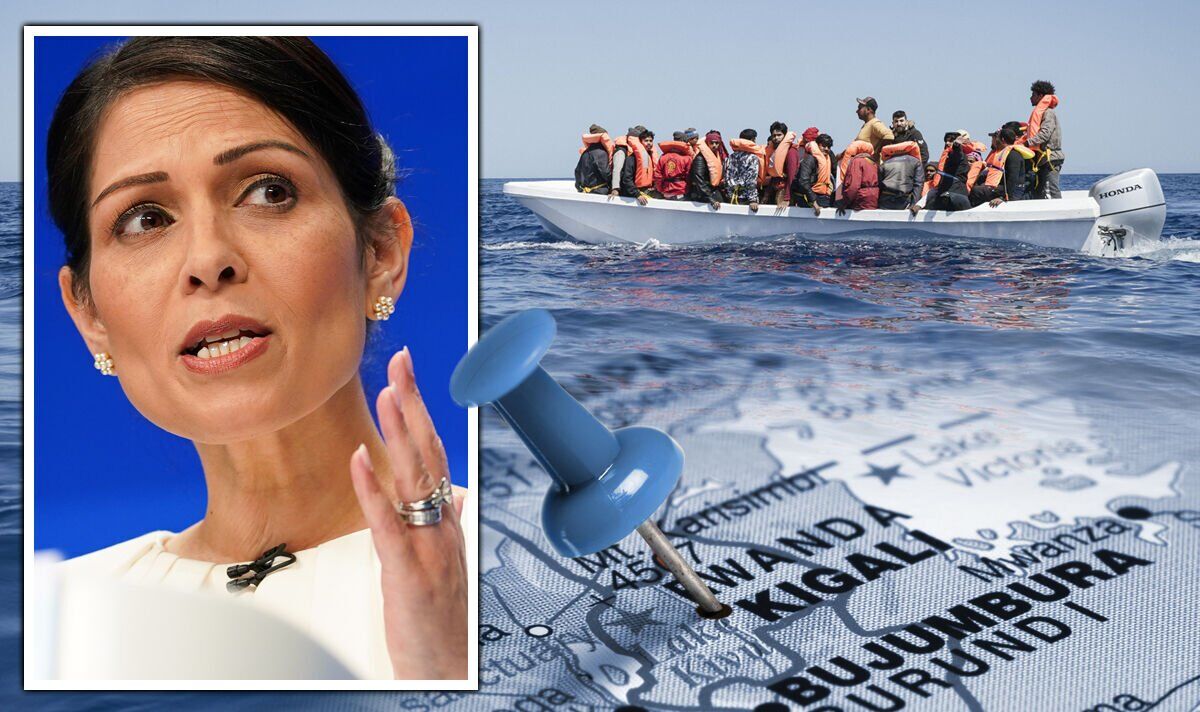 Liz Truss, who is likely to succeed Boris Johnson as Prime Minister, has vowed to “stop people traffickers once and for all”.

But global issues, such as the Taliban takeover in Afghanistan, droughts, food shortages and terror threats in Africa, will push more towards Europe and the UK.

The National Strategy for Maritime Security, published this week, said global instability would mean “the movement of people across borders…is likely to become a greater challenge”.

The report said: “Those seeking a better life for their families or fleeing oppression are using established land and sea routes to enter Europe. Some will attempt secondary migration journeys to reach the UK and we can expect this to continue over the next five years and beyond.”

Ms Truss said: “I’ll make sure we have the right levels of force and protection at our borders.”

She plans to strengthen the policy of sending people to Rwanda for processing to discourage those without a legitimate claim for asylum.

She said: “We need to break the cycle of appalling gangs and stop people making dangerous journeys across the Channel.

“I am determined to see the Rwanda policy through to full implementation as well as exploring other countries where we can work on similar partnerships.”

Alp Mehmet, chairman of Migration Watch, said: “The Government clearly doesn’t have a clue how many are coming or what to do about this crisis.

“What is obvious is that at the present rate, we are on track for around 50,000 arriving illegally this year and they’re not about to get a grip. How sad and worrying.

“Currently we are on track for just over 50,000 coming this year. That’s a quarter of a million over five years if things keep going as they are.”

Refugee charities yesterday called on the UK and French Governments, as well as the EU, to have “grown-up” conversations about sharing responsibility for people travelling to Europe.

Enver Solomon, chief executive of the Refugee Council, told the Daily Express: “According to UN refugee agency UNHCR globally a staggering 100 million people have now been forced to flee their homes due to war in Ukraine and other emergencies from Africa to Afghanistan.

“This is men, women and children who have been ripped from their homes, their lives turned upside down by war and persecution.

“No one risks their or their family’s life, unless they are running from dangers more acute than they face on these dangerous journeys.”

Home Secretary Priti Patel was forced to defend the policy of sending people to Rwanda, insisting it is a “safe” country, despite warnings from Foreign Office officials of torture and killings.

The UK high commissioner to Rwanda in 2021 warned that the country “has been accused of recruiting refugees to conduct armed operations in neighbouring countries”.