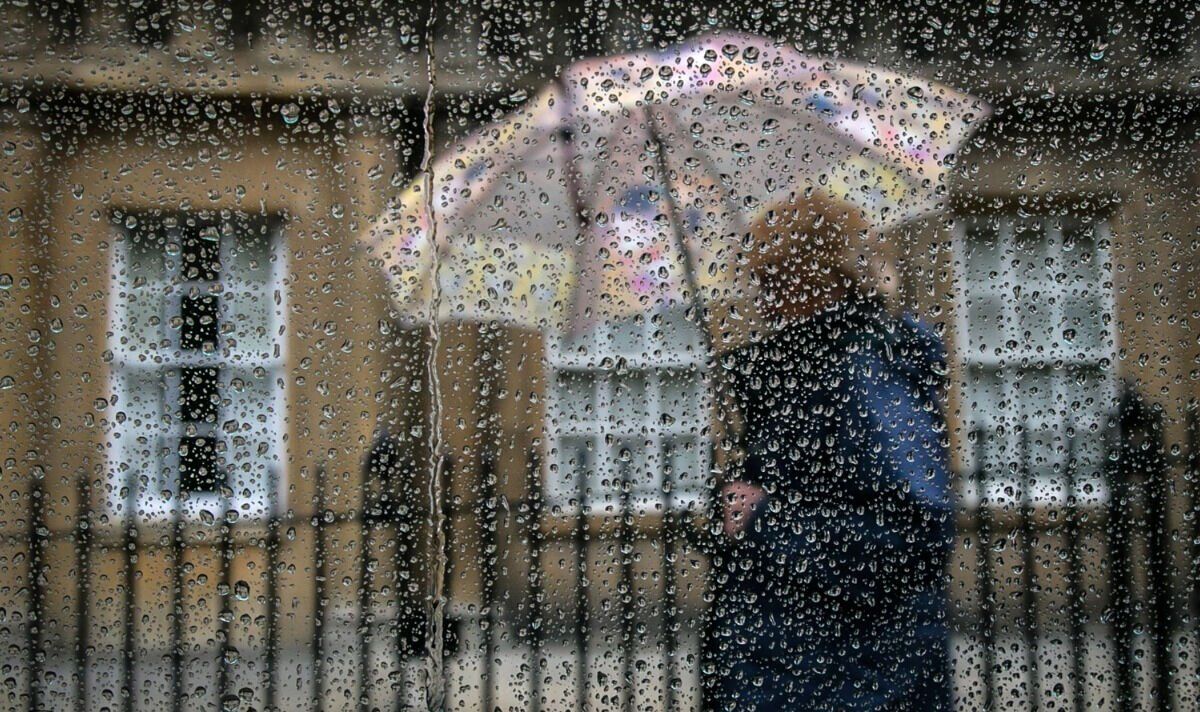 The UK looks set to face wet weather conditions later today as a band of rain is forecast to cover much of the country. According to WXCHARTS, Brits will wake up to dry conditions but it will become wetter throughout the day.

Temperatures in the south of England could be particularly warm, reaching as high as 23C in places.

However, conditions in Wales could be markedly colder at around 13C in places.

Rainfall is expected to be particularly heavy in Scotland.

According to WXCHARTS, as much as 15mm of water precipitation will accumulate in central Scotland by the end of the day.

Strong winds are also forecast for the East Midlands.

Parts of Lincolnshire could see a max gust of 47.2 kilometres per hour.

In a forecast update, the Met Office said: “Showers breaking out, some heavy with thunder in northeast England and southeast Scotland.

“Some sunshine too and still very warm in the east.

“These heaviest and most frequent in west with some eastern parts staying dry.”