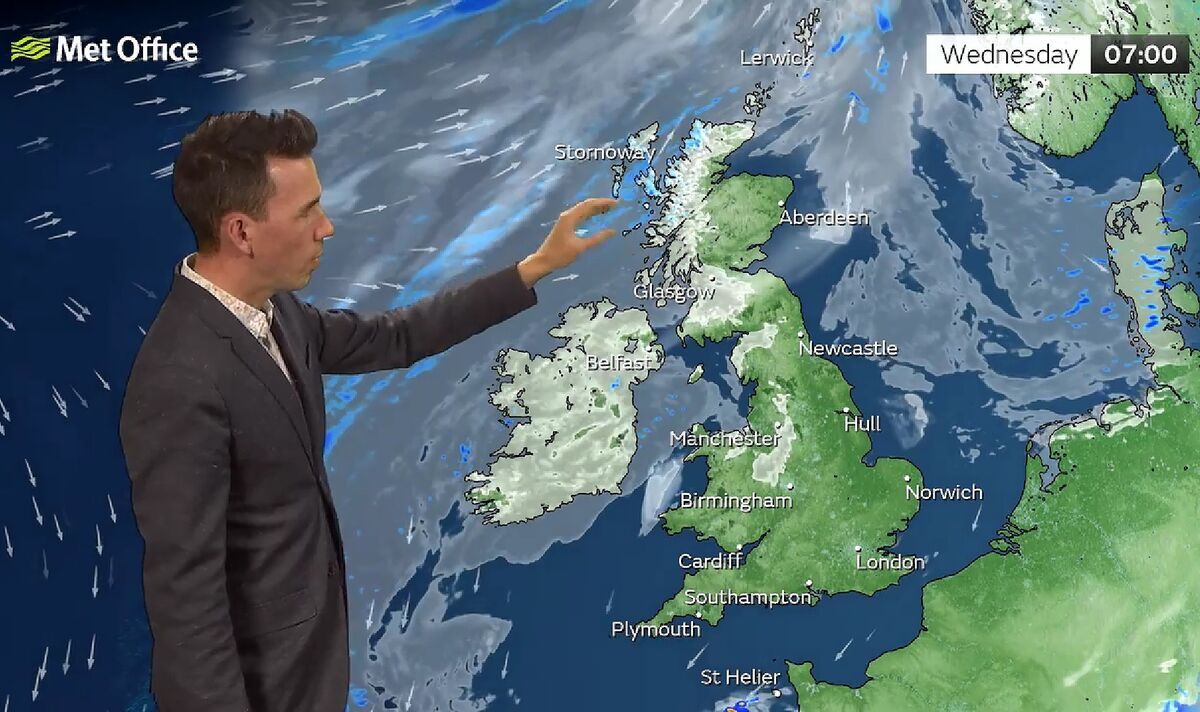 UK Weather: Brits to swelter in tropical conditions as summer of heatwaves kicks in

Meteorologist Aidan McGivern said that after a “dull and damp” start early on Wednesday there would be a “big jump” in temperatures later in the day. Mr McGivern added that this could result in Wednesday night being “muggy”.

He said: “A dull and damp start in places here, particularly around the Western Isles and the West Highlands as well.

“We keep that cloud into the afternoon here.

“But eastern Scotland and northern England have a much sunnier day to come compared with Tuesday and plenty of sunshine remains for the southern half of the UK as well.

“A big jump compared to the last couple of days, up towards the mid twenties in some favoured spots.

“But 28 Celsius is the maximum somewhere around London or just to the north of the capital.

“Much cooler towards the northwest with the breeze, with the thicker cloud and outbreaks of mainly light rain and drizzle.

“That continues in the northwest on Wednesday night , whilst clear spells will prevail elsewhere across the UK.

“And it’s a mild or even muggy night in places, for example Cardiff not dropping below 16 Celsius.”

“However those showers I mentioned could make an appearance across southern parts of England and south Wales by Thursday afternoon, some heavy showers, even the odd thunderstorm possible.

“So that’s something to keep a close eye on.

“If they do occur, of course, they’ll have an impact on temperatures in the south.

“And that means that maybe parts of the Midlands into northern England where we could see the highest temperatures on Thursday.

“Mid possibly high 20s, somewhere like Yorkshire could get 29 Celsius inland from the coast.

“23C in eastern Scotland, another warm day here but low twenties or even mid teens elsewhere across Scotland and Northern Ireland.”