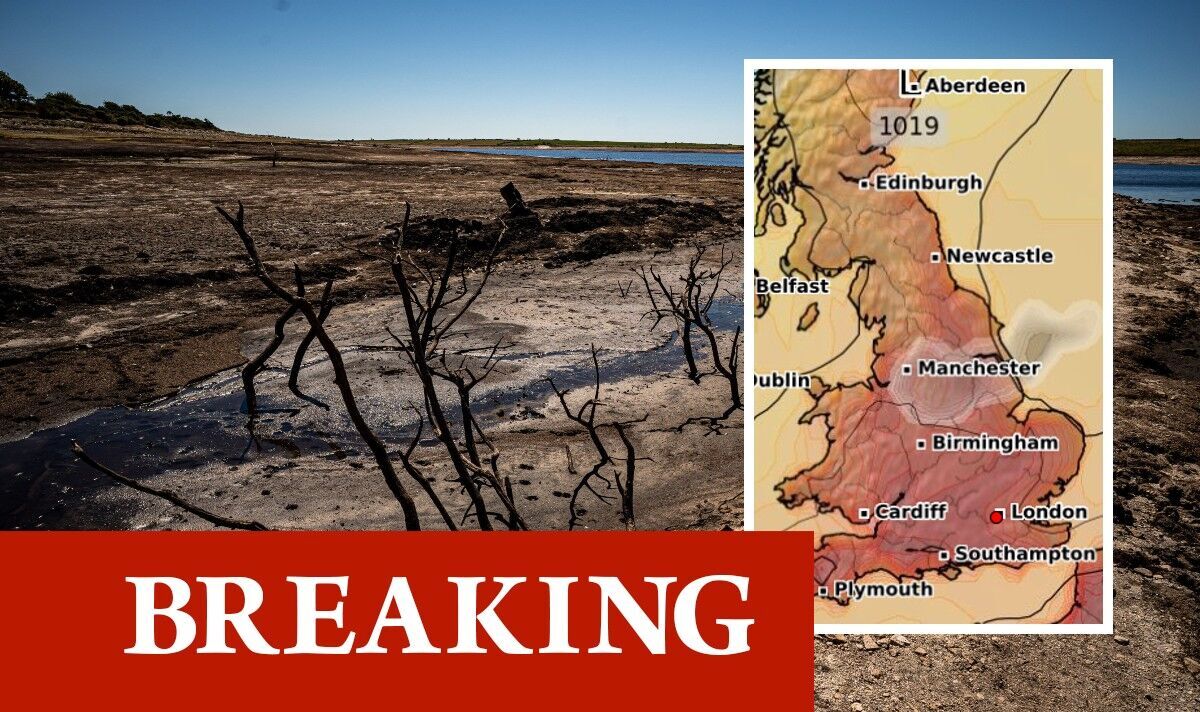 The South West currently has, Bath and North East Somerset, Bournemouth Christchurch and Poole, Bristol, Cornwall, Devon, Dorset, Gloucestershire, North Somerset, Plymouth, Somerset, South Gloucestershire, Swindon and Wiltshire under an amber extreme heat weather warning.  It began today and is set to last until Sunday as temperatures begin climbing to the mid-30s. According to Sky News, a drought will be declared tomorrow – which means the area has experienced lower than normal rainfall over a prolonged period of time. Low river levels, depleted reservoirs and scorched landscapes have been caused by a long, hot summer so far.

The answer to this problem is usually in the form of a hosepipe ban for specific regions, with large swathes of the south and south east having to abide by strict rules for the foreseeable.

South West Water, which provides Devon, Cornwall and small parts of Dorset and Somerset with water and sewerage services, has shown how its water storage levels are below par – with levels plummeting below those of 1995, which was considered an esepecially dry year.

Its graph, pictured below, showed water levels had started off in January to be below that of last year and as the months have progressed the situation has steadily got worse.

The current downward trajectory makes an immenent drought announcement not a total surprise.

Specific regions should therefore expect to see some conditions imposed on their use of water.

This can include anything from stopping the use of the hosepipe to wash cars, water gardens and fill up paddling pools.

Southern Water has already put these rules into place in Hampshire and the Isle of Wight and this may start to affect more people as and when an announcement is made.

Destination Plymouth, a tourism page on Twitter, said: “With the current weather situation and the influx of tourists, the water demand is rocketing. Please urge your employees, visitors and customers to be mindful of their water use this summer whilst working or holidaying in our region.”

READ MORE:Heatwave to be followed by thundery downpours

If more hosepipe bans are confirmed it could see up to 33 million people having to ration their usage.

The Environment Agency, which coordinates the response with water companies will make the ultimate decision.